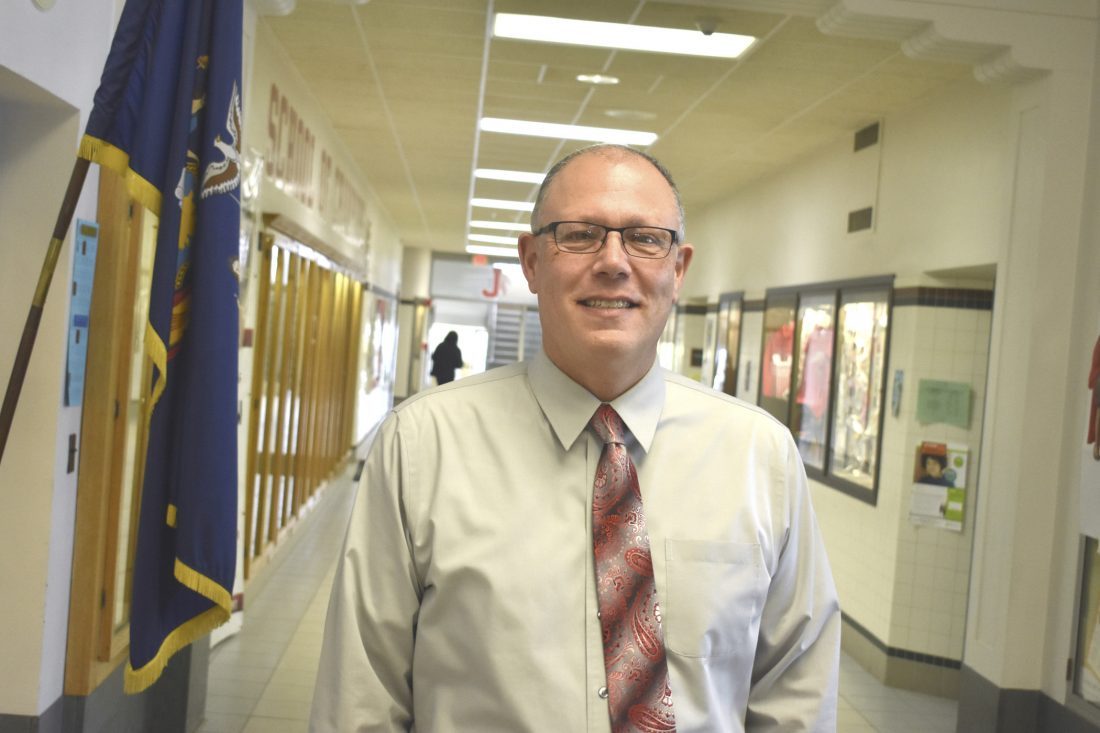 As the majority of learning and communication is being done remotely and online, Dana Williams, Jamestown High School interim principal, recently sent letters to more than 300 seniors that weren’t for instructions, in an effort to simply offer some words of comfort.

For Williams, he described senior year as the thing “you work your whole school life for.”

JHS students, much like students across Chautauqua County and the nation, have transitioned to an educational lifestyle online and at home as school districts have been ordered to close to reduce the spread of COVID-19. For seniors, Williams worries that they are not getting the ending they had expected.

“Words can’t really describe how badly I feel that you are missing on these days of your senior year,” Williams letter reads. “The school had already been a strange one to begin with, this is just crazy. One thing is for sure, senior classes come and go, but I will never forget the Class of 2020!”

Williams was appointed in December 2019 when the former principal resigned following community outcry regarding the handling of a student altercation in November. Williams had hoped the school year, after he took the position, would soon go back to a relative normal setting. And for Williams he said the JHS environment had struck a state of normalcy until fears over spreading COVID-19, or the novel coronavirus, essentially shut schools down.

Williams, when reached by phone this week, said he couldn’t fathom this scenario occurring when he was in school or when his two children, who graduated from JHS, were in school.

“This whole situation is just unprecedented, I mean for practically everyone,” he said. “It’s something the schools have not gone through. The students have not gone through it. It’s all just basically uncharted territory, but as soon we were faced with the reality that there’s no kids in schools and not knowing how long this might go one, my thoughts went automatically, initially and still do to the senior class.”

For the last two weeks he has been walking into the high school and into his office as he has been since December. However, now the classes and the hallways are empty.

“A school without students is nothing but a big empty, cold space, and I really don’t like it!” the letter reads.

Williams, who additionally lives near some of the current seniors and has for much of their lives, had begun to connect with the Class of 2020 before the abrupt closure. For him, he said he wanted to send a letter to the seniors so they “had something to hold onto” and didn’t want it to be something online. Primarily, Williams wants the student body to know that the school district is behind them and is supporting them.

Williams said he hopes that students will still be able have a graduation and a prom, in some form. He admitted that some extra planning will be needed to schedule some of the senior-based events that 12th grade students had grown to anticipate. However, Williams said the Jamestown students are “tough” and will find a way to deal with the ongoing circumstances. One positive note Williams could point toward was that students are being tested during this time and are continuously learning because of it.

“They’re always going to have this as one of their experiences they can speak firsthand to,” he said. “I want them always to be able to look at the positives, to think about the positives, to prioritize things in their life. Don’t just look at things that they could potentially miss out on for awhile, but look at everything they have that’s good in their life and just continue to focus on that.”

Ultimately, Williams hopes the letter that was sent out by JPS central administration can just keep spirits of the senior class high.

The ending of Williams’ letter reads: “Each and everyone of you are young and have your future ahead of you. don’t let what is going on detract you from all your planning, working, and constantly striving to improve. School is a big part of learning, but education takes place each minute of every day. Most of you have unlimited access to information and resources to help you learn, so continue that journey individually until you are back at school, college, work, or wherever life takes you.

“I look forward to seeing you very soon,” Williams writes. “You all are the best. Remember that. In the meantime, love, health, and happiness to each of you and your families. Sincerely, Mr. Williams.”