UPMC Chautauqua Has Tested A Dozen For Virus 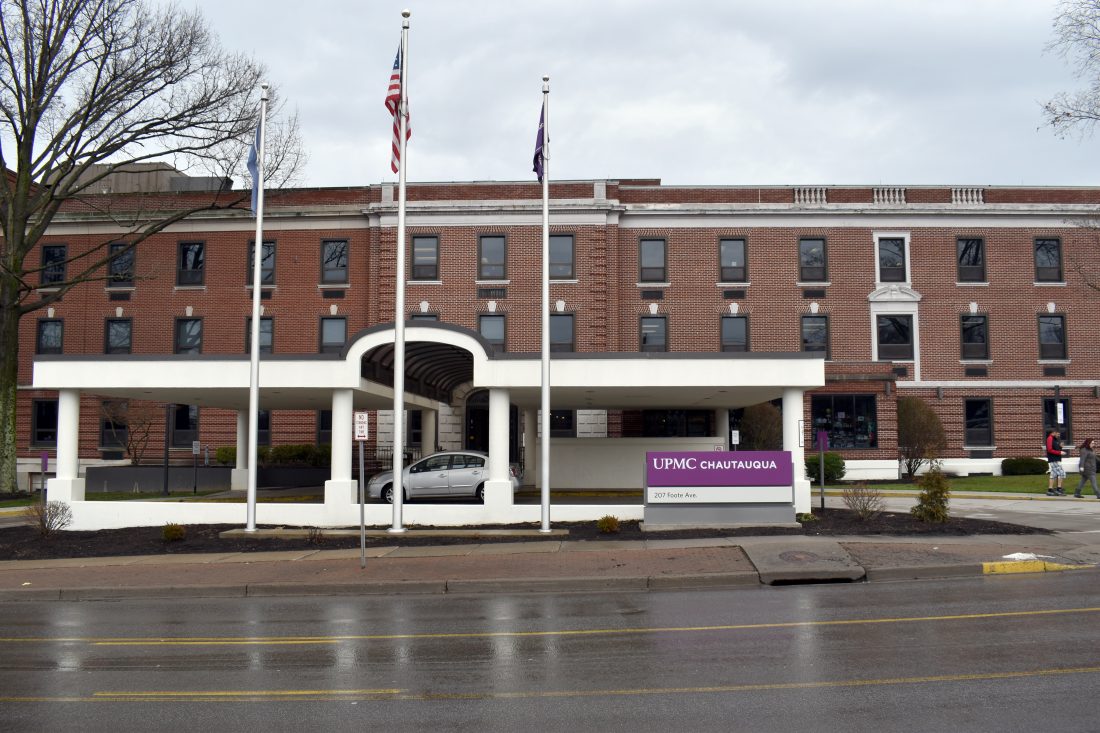 UPMC Chautauqua officials say 12 people have been tested for the coronavirus at the hospital as of Thursday afternoon. Six of the tests have come back negative for the virus. P-J photo by Jay Young

As of Thursday afternoon, no one has tested positive for the coronavirus, COVID-19, at UPMC Chautauqua, said Brian Durniok, UPMC Chautauqua president.

Durniok told The Post-Journal that 12 people have been tested so far. He said the testing is done locally, but the samples are being sent to a centralized facility in the state to determine the results. He added that it takes four to six days for each test to be examined because the facility is examining tests from hospitals throughout New York state.

So far, six of the 12 tests done by UPMC Chautauqua have come back negative.

Durniok said those that have been tested are people who are more likely to have contracted the virus, like those who have traveled to areas where other people have been infected.

He said both state and county health care officials are involved in determining who should get tested. He added that those who have been tested, but their results haven’t been determined yet, have been sent home and are isolating themselves from the public.

Aimee Hagerty, UPMC Chautauqua chief nursing officer and vice president of administrative services, said a big change for the hospital came Wednesday when the state mandated a no visiting policy.

She said children who are patients are allowed to have a parent stay at the hospital to make health care decisions and expectant mothers are also allowed a support person during labor.

Durniok said the hospital hasn’t been overrun by people wanting to be tested for the coronavirus. He said most people are starting with their primary care physician first to see if they have been infected. He added that no one has caused any problems and people recognize that the hospital’s staff is trying to keep everyone safe.

“People have been cooperative,” he said.

Durniok said the hospital is running as usual, for the most part, with surgeries ongoing and, “Moms are still having babies.” He said people are still coming in for X-rays and blood work and the emergency department is still attending to those who don’t feel well.

Durniok said UPMC Chautauqua officials are prepared for an infected person and has adequate space, staff and supplies to meet their medical needs.

“We are equipped and ready to go,” he said. “The good news is for the area and the county that there are no COVID-19 positives, but we are also prepared if it does occur. We are well-positioned to take care of the community.”