Several Inmates Released At County Jail To Stave Off Virus 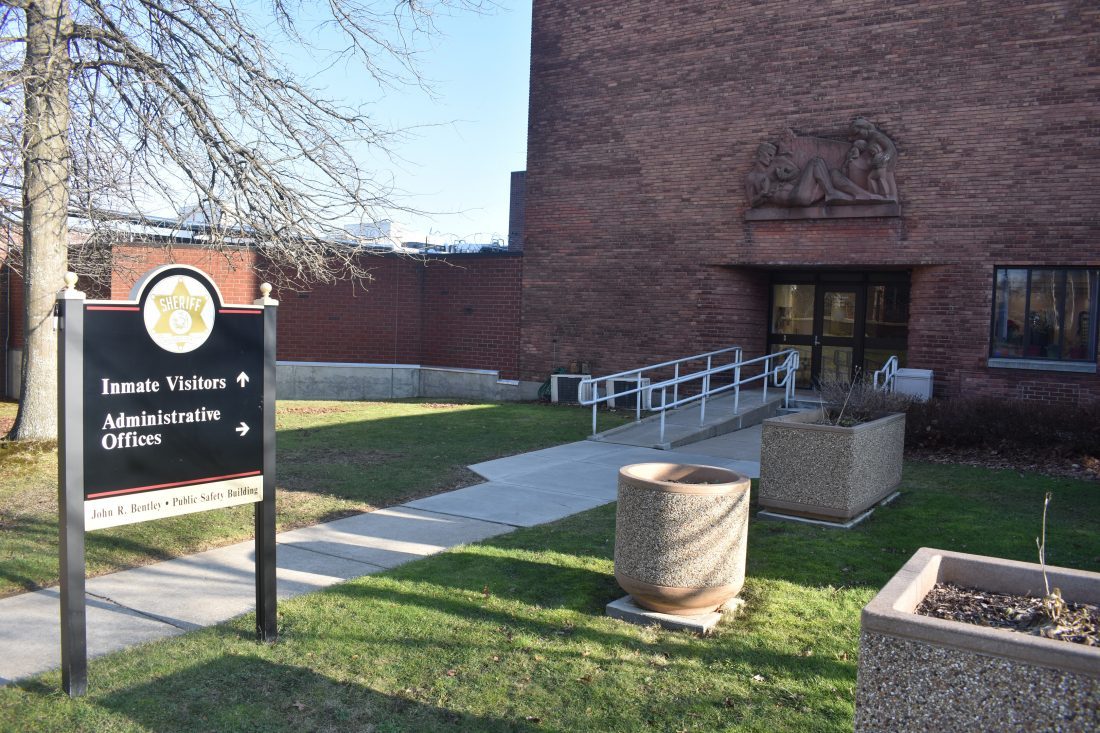 Several inmates at the Chautauqua County Jail have been released to limit the Mayville facility’s population. The number of inmates has been reduced by about three dozen in the last week. P-J file photo

Several inmates who had been serving sentences or held on low bail amounts at the Chautauqua County Jail have been released to prevent the possible spread of the coronavirus should it arrive.

Sheriff James Quattrone told The Post-Journal that the jail population, as of Thursday, was at 111 inmates. Of those housed at the Mayville facility, 48 of them were federal inmates and 13 were parole violators.

The total population a week ago was about 140 inmates. However, Quattrone said in hopes of limiting the potential for exposure at the jail, local judges went through dozens of cases involving inmates and used a criteria to determine whether it was OK to release them ahead of their scheduled dates.

“The majority have been released by the court,” Quattrone said, “not because they feared they had the virus, but the fear of having too many in the jail if it came through. The majority of those released were sentenced inmates that were close to their release dates. The judges met and went over each file to look at different things, such as their danger and past sentences.”

Jails, while typically used to house inmates awaiting trial, are also oftentimes used for those convicted of smaller crimes to serve short sentences, usually less than a year.

Patrick Swanson, Chautauqua County district attorney, said his office had previously reached out to the Public Defender’s Office and other defense attorneys to allow requests for release on certain inmates — those facing technical parole violations, low bail amounts while awaiting trail, in drug treatment courts or serving short sentences. He said there was a consensus that reducing the jail population was in the best interest of all parties involved.

“We were willing to make some of those moves to alleviate the population,” Swanson said.

Quattrone said no one at the jail has been confirmed to have the COVID-19 virus, a pandemic that has spread across the globe. He said he expects the current jail level to remain steady, noting the state’s bail reform that began this year that releases most people charged with non-violent crimes.

Ned Barone, Chautauqua County public defender, said his office has been advocating for the release of inmates. He said over the last two weeks, he estimates about five dozen inmates in all have been released, and thanked county and state court officials who are working to limit the potential spread of the virus by reducing jail populations.

“It really comes down to safety of the community,” Barone said. “If the coronavirus is allowed to spread, what will happen when they put a lid on it in the communities then some of these inmates serve their sentence and are released? … It’s really about pulling together. We are all in this together, and as Sheriff Quattrone has been saying, it’s about respect and respecting one another.”

Similar to the Jamestown Police Department, Quattrone said the Sheriff’s Office has implemented new protocols to help prevent exposure to deputies and other staff. He said county 911 dispatchers are screening calls to better inform first responders of each situation and to determine which calls for assistance can be done in person and which can be done over the phone or by email.

Quattrone said he wanted to stress that deputies remain out in the community on patrol and are responding to emergencies while also practicing social distancing.

“A lot of these we’ve been teaching since basic training,” he said, adding that gloves, goggles and extra hand sanitizer are in each vehicle. “We’re stressing social distancing but also telling them to wash their hands regularly.”