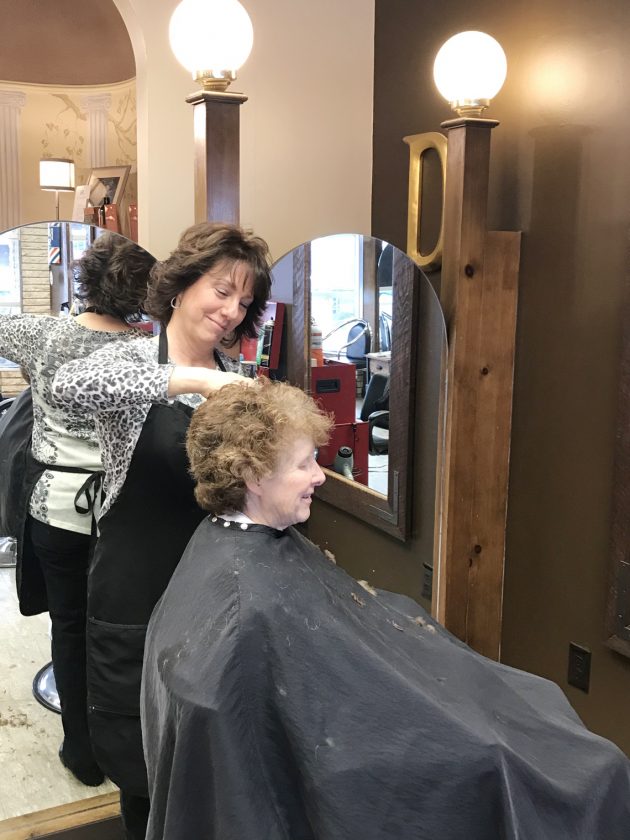 Stylist Sharon Brunacini cuts hair at Dorian’s Plus on Friday before the start of a statewide shutdown on salons and barber shops. P-J photo by Jay Young

The shuttering of New York state businesses in response to the coronavirus outbreak spread to barber shops, hair and nail salons and tattoo parlors on Friday.

Governors from New York, New Jersey, Connecticut and Pennsylvania ordered the mandatory shutdown of those businesses and other personal care establishments by 8 p.m. on Saturday. The order was expected by some local business owners and their patrons, but has still had an unnerving effect.

“The unknown is very scary,” said Debbie Gullo, owner of Dorian’s Plus Salon on North Main Street. “Well, my first concern was for our workers, and I thought it was probably a good idea. We knew it was coming. My second thought was for our patrons, that we don’t want to expose them either. Like everyone else we’ll be without jobs and you know it is scary. I’ve been here for 48 years and just like everyone else we have never experienced anything like this in our lives.”

Gullo said her employees had the option of not coming in to work since the start of the outbreak if they were concerned. “We’ve always given the girls an option of whether they wanted to work or not,” she said. “They weren’t made to work, weren’t forced to work when the virus started.”

“If you are uncomfortable you don’t have to work. Most of them chose to be here for their people. We do have lots of precautions as far as safety measures. As far as cleaning, and masks, whatever they feel a need (to do). We’ve provided everything we can for them.”

As soon as news of the shutdown broke Friday morning, Dorian’s was inundated with calls from customers hoping to get in one last appointment.

“We’re getting hundreds of calls,” Gullo said. “People are calling like crazy to come in. So, is there fear out there? I’m not so sure, yes and no.”

In addition to the quick increase in business, Dorian’s has also been receiving gifts from customers hoping to ease the impact of the shutdown.

“People are being very kind and generous and appreciative of us being here,” Gullo said.

Some customers have been fortunate to get a last-minute appointment. David Ford was able to find time on Friday afternoon to sit down at The Clip Joint Barber Shop on Fluvanna Avenue for a trim before the shutdown.

“My wife said if you don’t get your haircut you can’t get it because they’re closing tomorrow,” Ford said. “So I said I better call and see if there is an opening. She happened to have one.”

Ford did not have a regular routine when it came to getting a trim and a shave, but still wanted to get in one last visit while he had the chance.

“It kind of makes sense to some degree,” Ford said of the mandatory closings. “But if you are supposed to stay in groups of ten or less, you’ve got groups of 10 or less going to the barber shop because they all have scheduled times. To just shut it down, it probably won’t hurt. Especially older people like me.”

The Clip Joint is a smaller establishment, where it is unlikely to find more than 10 people at one time, including staff.

“We have a few (customers) that come in once a week. We have quite a few in our frequent cutter’s club, which is every two weeks,” said owner Vicky Aiken. “I have appointments scheduled for next week and the following week, and some of those people, I don’t know how to get a hold of. It’s hard for everybody.”

Prior to closing, The Clip Joint had already started taking extra precautions due to the coronavirus, and was not offering customers complimentary neck and shoulder massages as it normally does.

Hoping to get ahead of the curve, Wildside Tattoo and Piercing on Fairmount Avenue had already closed its doors earlier in the week in response to the outbreak.

Body piercer Alyssa Bailey has been spending time at the location cleaning and organizing during the shutdown.

“The more people we saw coming in, we just called it before (we had to),” Bailey said. “We understand it is upsetting, but no tattoo or piercing is worth risking our health, their family’s health. Everybody seems to be slowly understanding.”

Bailey’s customers were generally walk-ins, while those looking to get tattooed at Wildside had to make appointments.

“It’s tough for the workers here, obviously because we are self-employed and everything, but I do think it was for the best. It is for the best but it’s really hard on us. We appreciate the support and all the other stuff we’ve been getting from other people.”

Even with the expectation that their businesses would likely be forced to close, watching the reality set in has been difficult for local employees and their owners.

“We’re constantly busy and to see it like this, we even turned our sign off and everything, it’s really sad,” Bailey said. “It’s really sad and scary for us. We’re just being hopeful, our clientele is wonderful.”

LAKEWOOD — The village of Lakewood is asking that the public submit questions on the proposed 2020-21 budget in ... 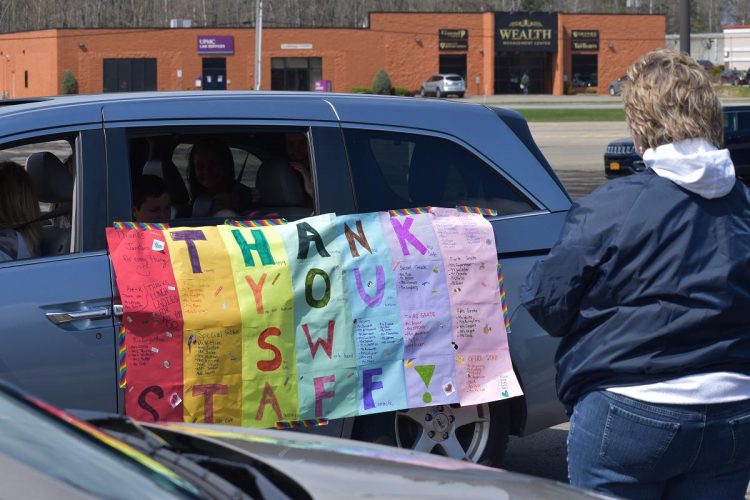 Physicians across Western New York and beyond have made significant steps to change their treatment methods in ...

Another Recovery Reported; No New Cases