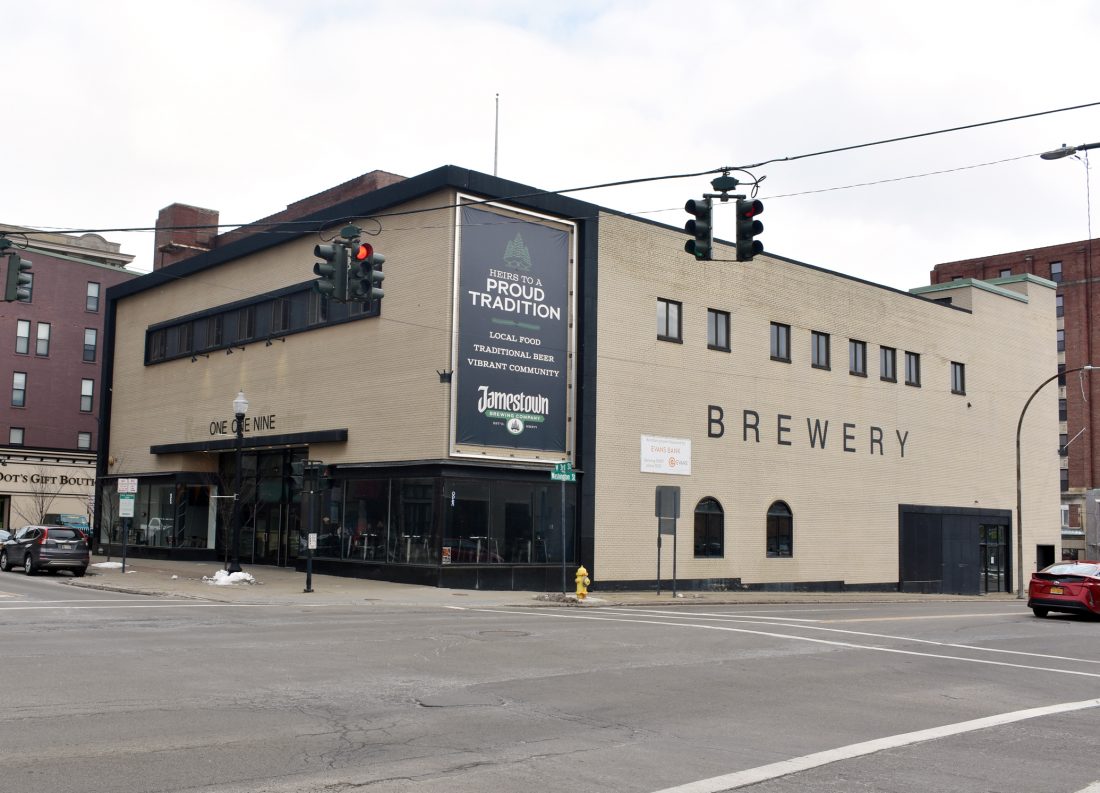 A lawyer representing the owner and developer of a downtown building that houses the Jamestown Brewing Company said his client has been “more than patient” as efforts to receive rent have now move toward eviction proceedings.

Buffalo attorney Matthew Miller told The Post-Journal on Thursday that GPatti Enterprises is hoping the courts will grant an order to remove JBC from its 115-121 W. Third St. location. The developer filed a lawsuit Tuesday in state Supreme Court in Erie County claiming that operators of the young brewery have failed to pay full rent since opening.

“I think the papers are pretty clear,” Miller said of GPatti’s lawsuit, “he wants possession of the property. He’s been more than patient. They held a grand opening in July 2019, and since then, only a minuscule portion of the rent that is due (has been paid).”

Oral arguments in a petition that seeks the removal of JBC from the property will be heard Thursday, March 5, in state Supreme Court in Buffalo before Judge Timothy Walker.

When reached by phone Thursday, JBC owner Jon McClellan II said he could not discuss ongoing litigation. However, asked about the brewery’s future, McClellan said: “Our plan, of course, is to remain open.”

The brewery and restaurant opened in July 2019, but closed shortly thereafter because a state liquor license that would have allowed the operators to produce and serve alcohol had not yet been obtained.

The license was eventually secured, and JBC reopened in September 2019.

The brewery seats roughly 280 guests in five different areas. The ground level holds 104 seats for dining, with an additional 18 at the bar. Two tasting areas, one at the bar and another around the brewery viewing area, also hold 18 seats.

JBC was supposed to open in April 2018, but environmental delays with the project resulted in a series of setbacks.

Miller said his client has tried “numerous times” to obtain the past-due rent. A letter was sent Jan. 23 to JBC operators requiring full payment of $85,758.50 within two weeks, though none was received.

“Left with no option, GPatti hereby seeks to exercise its right under the lease to, ‘through summary proceedings reenter and take possession of the premises, repossess the same, expel (JBC) and those claiming through or under (JBC), and remove the effects of both or either,'” the lawsuit states,

Miller said GPatti is open to working toward a solution, but noted the “ultimate goal is to have a successful business in that space with someone who is willing and able to abide by the lease to service the public. To the developer, unfortunately it hasn’t worked out the way he hoped. We will consider anything that they may have to offer.”