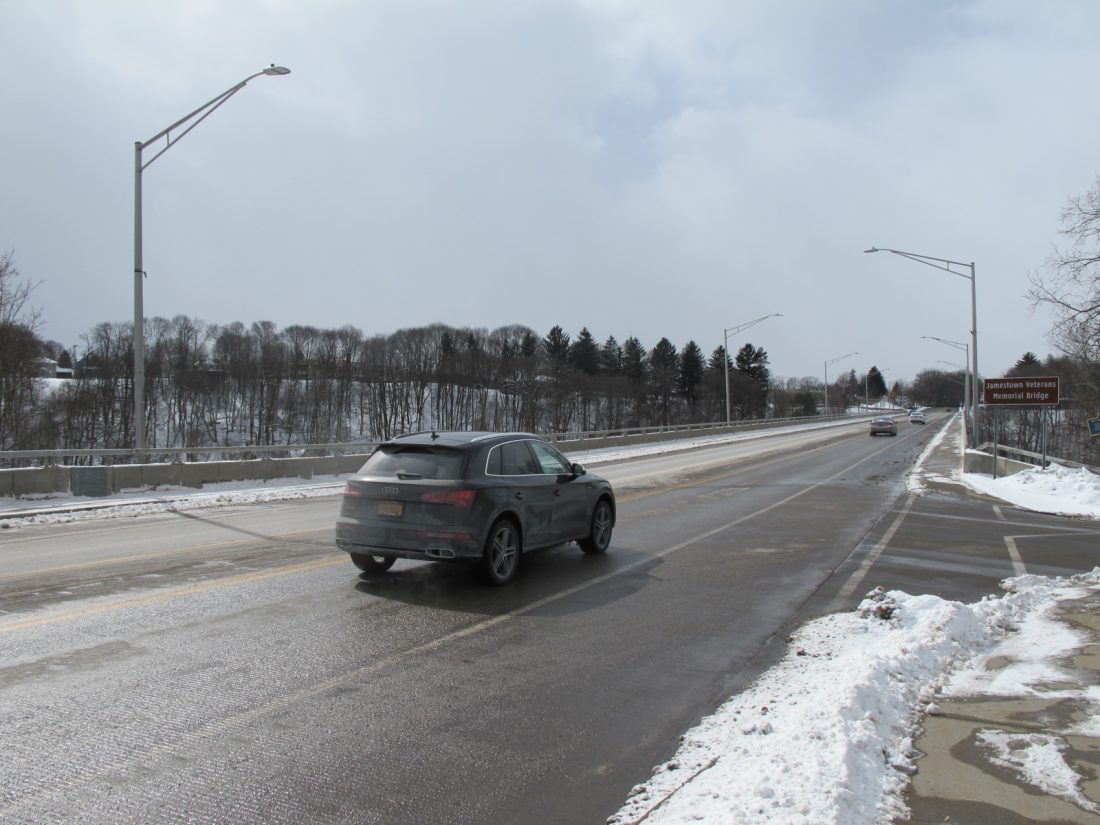 Mayors across the state are still looking for a significant increase in funding for maintaining state arterial highways.

The possible increase in state funding was discussed during the New York Conference of Mayors Winter Legislative Meetings held in Albany Sunday through Tuesday.

Eddie Sundquist, Jamestown mayor, attended the annual meetings, stating the need for the state to increase its funding to municipalities for maintaining their highways is long overdue.

The last time there was a change in the funding the state provides was 1987.

“That amount was set before I was born,” Sundquist said. “That amount hasn’t changed. We eat the majority of (increased) cost year-after-year.”

Sundquist said the city receives around $220,000 a year from the state for arterial highway maintenance. He said municipal officials are asking the state to increase its funding to be aligned with the consumer price index. If increased, it would mean around an additional $220,000 in funding for the city.

A bill to increase the funding was approved by the state Legislature last year, but was vetoed by the governor, Sundquist said. He said Gov. Andrew Cuomo has stated that he won’t approve of the increase unless its in the 2020-2021 state budget.

“We’re asking senators and assembly members to put it into the budget as a budget appropriation as they go through the process right now,” Sundquist said.

Cities currently get 85 cents per a square yard to maintain state highways. If increased to the cost of living allowance, cities will receive $1.87 per square yard.

The state highways inside Jamestown include Fluvanna Avenue from the city’s northern border to Washington Street; Washington Street to Prospect Street, where the highway turns into Foote Avenue; Foote Avenue to South Avenue; all of Forest Avenue to South Avenue; East Second Street from Tiffany Avenue to where it verges with Fourth Street, ending at Prendergast Avenue; West Third Street from Monroe Street to McDaniel Avenue; and Fairmount Avenue/West Sixth Street from McDaniel Avenue to around Murray Avenue.

Being that Sundquist is the newly elected mayor of Jamestown, this was his first NYCOM conference he has attended.

He said it was a great experience to meet other mayors from across the state and he appreciated their willingness to assist the first-year mayor.

“I was surprised at how willing they were to share experiences and to give their phone numbers to me if I have questions,” Sundquist said.