Reed Not Ruling Out Run For Governor 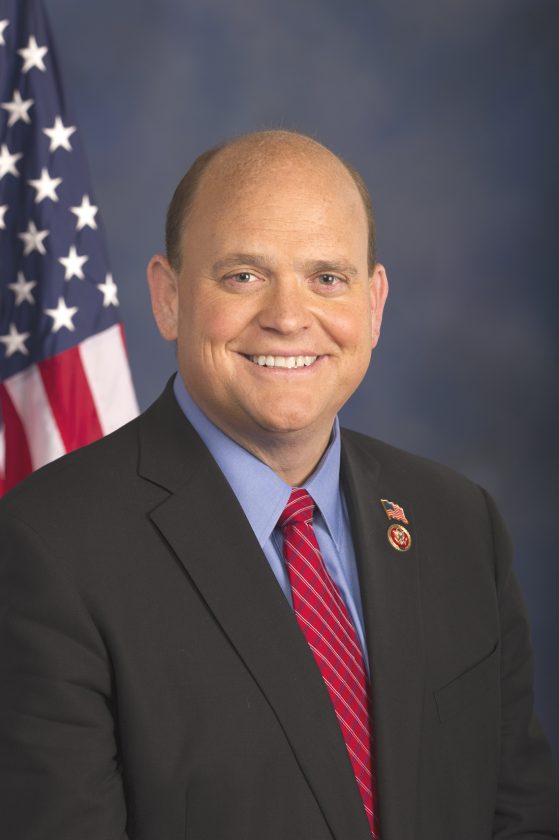 U.S. Rep. Tom Reed said he is not ruling out a possible run for governor in 2022.

Reed, R-Corning, made the comments during a call with local media Wednesday, the same day Democratic Gov. Andrew Cuomo delivered his annual State of the State address in Albany.

The congressman first confirmed he was at least contemplating a possible run against Cuomo in an interview with the Buffalo News in late December.

“We have been approached by numerous people about a candidacy,” Reed told local reporters. “I appreciate that I am being considered — I’m not ruling it out.”

The congressman noted the “one-party control” taking place in Albany, and tied Cuomo to the Democratically-controlled state Assembly and state Senate that have passed a flurry of bills in the last year. Some of those bills, most notably criminal justice reform, have met repeated push back by several Chautauqua County officials.

“If I can be part of the effort to take on that one-party control … I will support that,” Reed said.

The Republican was first elected to Congress following a special election in 2010. Prior to that he served as mayor of Corning.

Reed has won reelection to Congress four times since first arriving at Washington, most recently defeating Democrat Tracy Mitrano in 2018 by more than 20,000 votes. He is currently the co-chairman of the Problem Solvers Caucus and serves on the House Committee on Ways and Means.

Cuomo, meanwhile, easily won reelection in 2018 for a third term as governor. He already has stated he plans to run for a fourth term in 2022.

In other news, Reed said President Donald Trump was right in his decision to “take out” Iranian Gen. Qassem Soleimani on Jan. 3. “I think it was the right call,” Reed said.

The strikes that killed Soleimani had pushed Tehran and Washington perilously close to all-out conflict and put the world’s attention on Trump as he weighed whether to respond with more military force. Speaking from the White House on Wednesday, Trump said the U.S. and Iran stepped back from the brink of possible war.

The president said he would not respond militarily after no one was harmed in Iran’s missile strikes on two Iraqi bases housing U.S. troops earlier this week. He noted that Iran appeared to be “standing down” and said the U.S. response would be to put in place new economic sanctions “until Iran changes its behavior.”

In a statement posted to Facebook, Reed said Soleimani had “American blood on his hands” and pointed “imminent attacks” targeting Americans and U.S. service members prior to being killed.

“I appreciate President Trump’s swift action to hold the Iranian regime accountable for their acts of terror against Americans,” Reed said in his statement. “I also appreciate the President’s decision not to commit the mistake of prior administrations when they failed to seize the moment and take out dangerous threats like Osama Bin Laden — who was able to lead the heinous acts of 9/11.

“However, if the situation with Iran escalates further and requires a large increase or long-term commitment of our military men and women, Congress must not hide behind the outdated Authorizations of Military Force resolutions. I have and will continue to chastise Congress for being political cowards on these matters. I demand Congress do its job and vote on the appropriate resolution which would either deny or authorize the use of such military force.”