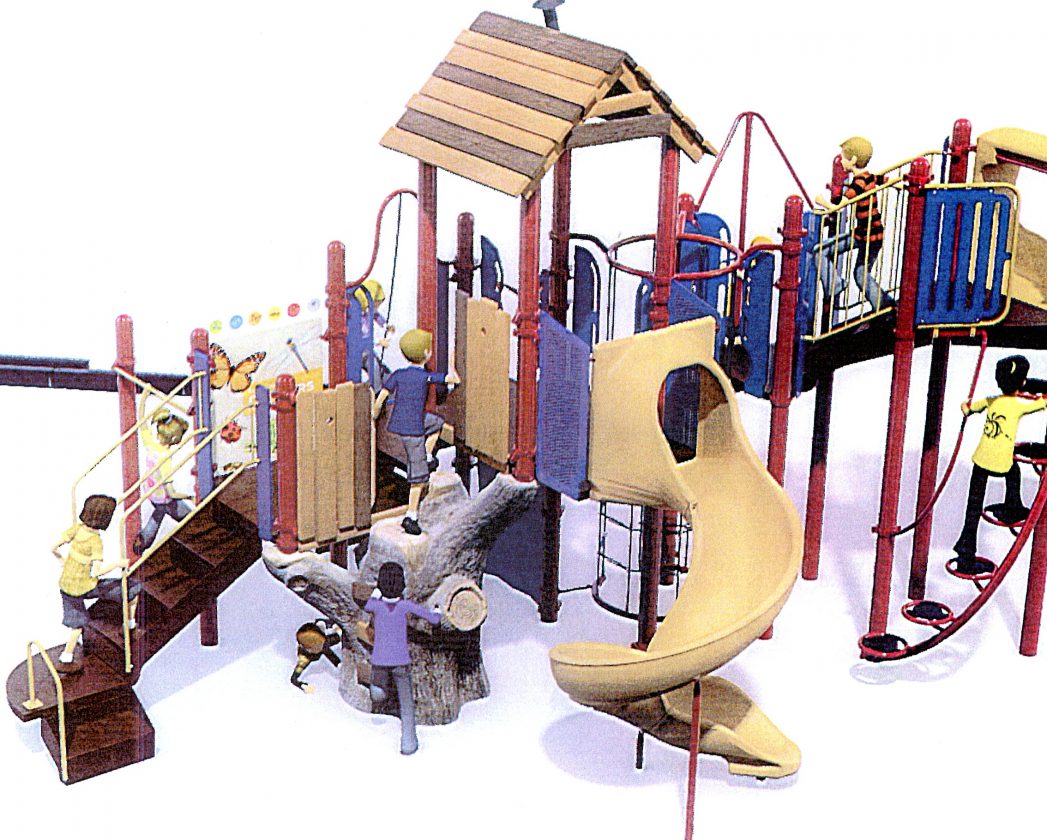 A conceptual design of what the future playground at Lillian Dickson Park might look like after new equipment is installed later this year. Submitted photo

A new playground will be installed at a city park later this year.

John Williams, city parks manager, told the Jamestown Parks, Recreation and Conservation Commission, at a meeting this week, that a new playground will be installed at Lillian Dickson Park along Falconer Street later this year.

She also told the commission that the Jamestown City Council approved a resolution to provide the rest of the funding necessary to get the full funding match from the Tony Hawk Foundation.

Last year, city officials announced that the city received a $250,000 matching grant from the Tony Hawk Foundation, with the assistance of Ralph C. Wilson Jr. Foundation. The council unanimously approved the allocation of $150,000 from the Urban Development Action Grant fund to go toward the funding match.

Ciesla-Hanley said with the additional funding from the city and local fund raising efforts, the local $250,000 has been raised to match the $250,000 from the Tony Hawk Foundation. She said the next steps will be for public meetings to be scheduled to hear design ideas from area residents. She added that there will be two public input sessions held later this year.

Once the public input meetings have been held, request for proposals will be distributed to developers. Once a design concept is selected, construction will start on the new skate park. Ciesla-Hanley said city officials hope to have the park constructed by the end of this year.