Court Will Decide Fate Of Evidence In Young Arson Trial 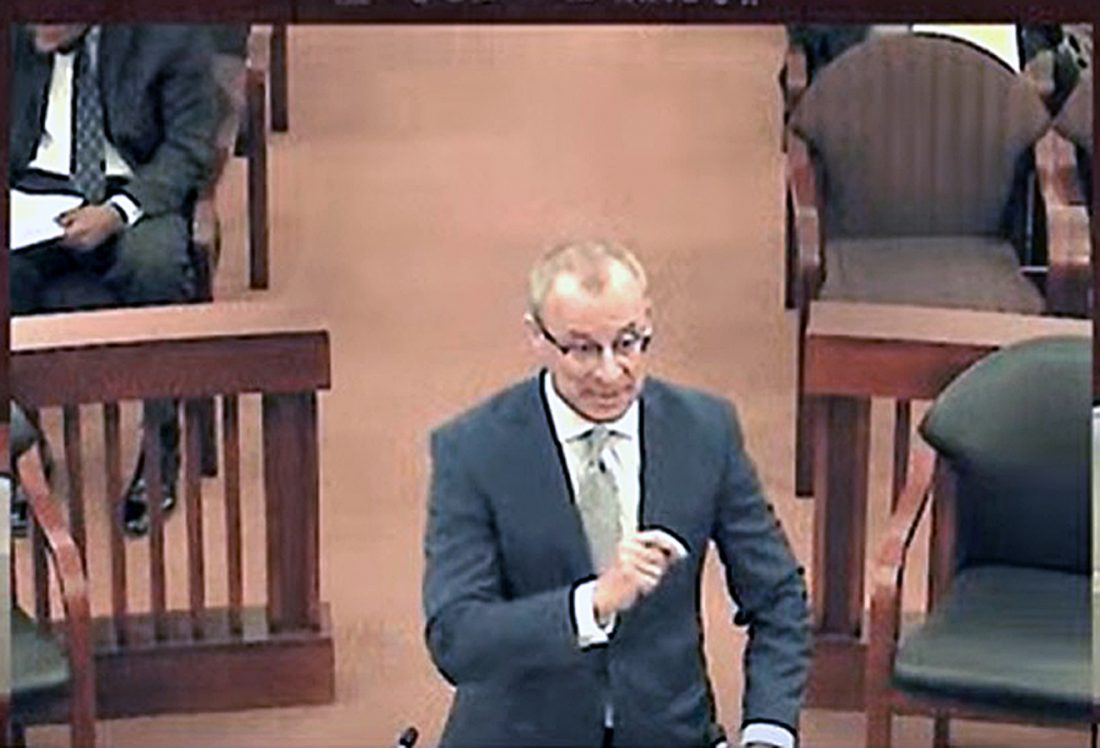 ROCHESTER — The fate of evidence in the local arson trial of a Jamestown-area man now rests in the hands of the Fourth Department Appellate Division.

At issue Monday before the appellate court was evidence discussed in 2018 during a a Huntley hearing, a pretrial hearing in New York state that is requested to review the way police obtained statements from someone accused of a crime. During that 2018 hearing, Chautauqua County Court Judge David Foley heard from five witnesses how Jamestown and Pennsylvania state police officers obtained information from Young during the course of their investigation.

Seven items were entered into evidence. Foley ruled earlier this year that information gained during an interview by Pennsylvania State Police was not admissable in Young’s trial in Chautauqua County because Young’s attorney was not present and there wasn’t a written waiver from Young’s attorney. Foley relied on a prior state Court of Appeals case, People v. Lopez, which held that a detective violated a man’s indelible right to counsel by questioning him on unrelated New York charges without first obtaining a written waiver from his Pennsylvania attorney.

According to Foley’s decision released in April to withhold the Pennsylvania evidence, Pennsylvania State Trooper Christopher Balcik spoke with Jamestown Police Det. Rex Goot and Capt. Robert Samuelson as Pennsylvania state troopers tried to confirm Young’s identity after the New York resident had given Pennsylvania officers a false name. At the same time the confirmation of identity was being cleared up, District Court Judge William O’Donnell assigned Young a public defender to represent Young during the arraignment and then assigned Maura Lynn Palumbi. A public defender application was completed March 29.

Jamestown police did not interview Young during their trip to the Butler County Prison. Samuelson testified that he asked if Young had been assigned an attorney, though Balcik said he couldn’t recall being asked. Instead, Balcik arranged for Goot and Samuelson to view Balcik’s interrogation of Young, though the Jamestown officers did bring a board that contained the addresses of the 12 fires they believed Young was responsible for setting. Balcik and another Pennsylvania state trooper advised Young of his Miranda rights and he agreed to speak with the troopers, though Palumbi, Young’s assigned attorney, was not in the room. Foley wrote that no promises were made to Young for his statement, nor was he threatened during the two-hour interview. Young did not indicate a wish to remain silent and did not request an attorney. At one point in the interview, the troopers took a break and spoke with Samuelson and Goot, who were watching the interview via monitor. Foley wrote that Samuelson and Goot asked the troopers to ask about a specific Jamestown fire to which Young denied any involvement.

“In this present case, it was Pennsylvania state troopers conducting their own investigation who questioned the defendant within the confines of the Pennsylvania constitution and laws and the United States Constitution. City of Jamestown police officers who were there never participated in the interview, were never part of the questioning and were not allowed in the room. The testimony of Trooper Balcik said our interest was our own case. If they (Jamestown police) wanted to come watch, fine.”

Judges asked Zuroski if the Pennsylvania troopers became agents of the Jamestown Police Department by conducting the interview regarding activities in New York state. Zuroski said there was not an agency relationship between the two agencies because the Jamestown Police Department’s involvement in the Pennsylvania interrogation came about as Pennsylvania officials were trying to identify Young. During the initial interrogation, Zuroski said, Young confessed to breaking and entering a home, taking car keys and then taking a car before he ended up in Butler, Pa.

“He talks all about how he got to Pennsylvania,” Zuroski said. “He was very loquacious, talkative. He had family in New York, it was a rough situation. The only question they asked was, ‘Why did you leave New York?’ He said, ‘Because I’m responsible for 12 fires in the Jamestown area.’ That’s in response to one question.”

Appellate judges also asked Zuroski if case law required a definitive knowledge of whether a defendant does or does not have a lawyer. Foley’s decision stated that Samuelson testified that he asked Balcik if Young had an attorney, with Balcik responding he wasn’t sure. Balcik said he couldn’t remember if Samuelson asked if Young had a lawyer.

“I don’t know that we could ask more of the police to do in this case,” Zuroski replied. “Who would know best if the defendant was represented by counsel than the arresting officer? … The trooper went back in for his own reasons to strengthen his own case and in turn opened up the New York case completely.”

Zuroski’s final argument in the roughly 10-minute oral argument before the Fourth Department Appellate Division panel centered around Foley’s contention that if Pennsylvania State Police didn’t ask about the New York charges, then Jamestown police would have questioned Young when the Pennsylvania troopers finished. In Foley’s view, the fact that the Pennsylvania State Police conducted the entire interview was too trivial or minor to merit consideration. Zuroski disagreed with Foley’s reasoning.

One of the judges asked Xu if that report, in Xu’s view, demonstrated the Jamestown Police Department officials’ intention to have Pennsylvania State Police act as agents. Xu agreed before saying Judge Foley, after hearing testimony, found that there was an agency relationship between the Pennsylvania and Jamestown police agencies.

“Whether the New York police made reasonable inquiry as to representational status, the answer is no, your honor,” Xu told the judges. “First County Court expressed great doubt as to whether Captain Samuelson actually made this inquiry. So, definitely, when they asked Capt. Samuelson he said, ‘Yes. I made inquiry to the trooper whether he was represented or not.’ When they asked the trooper, the first answer was no. Capt. Samuelson did not make such inquiry. When questioned further, he said, ‘Honestly, I don’t know because it’s not important to me whether he’s represented or not.”

At that point, Xu rested her oral argument, pointing the appellate judges to her submitted briefs.