Democrat Elected With 49.8% Of Vote 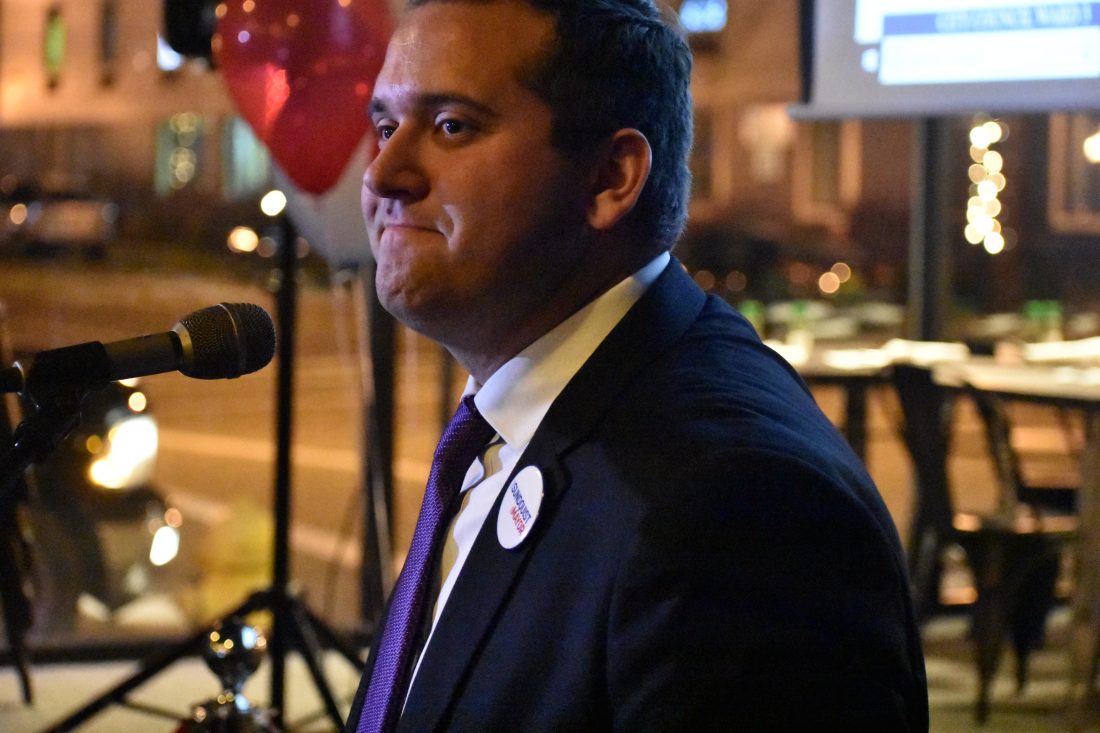 Eddie Sundquist will be the next mayor of Jamestown.

Receiving 2,519 votes (49.8%), Sundquist, a Democrat, was the top vote-getter ahead of Republican candidate David Wilfong with 1,959 votes (38.7%) and Andrew Liuzzo with 574 votes (11.4%), according to unofficial results by the Chautauqua County Board of Elections.

Sundquist celebrated on Election Day inside the Jamestown Brewing Company with fellow politicians and supporters. Attendees began chanting, “Eddie,” as the mayor-elect made his way to the podium to give a victory speech.

“We fought long and hard way back in the winter months,” Sundquist said to a crowd full of supporters. “I can tell you that I am probably the proudest that I have ever been to see all of you here gathered today to support what we are going to do for the future of the city of Jamestown.”

Sundquist will replace current Mayor Sam Teresi, who is concluding a 20-year career as mayor, once his term is up at the end of the year. 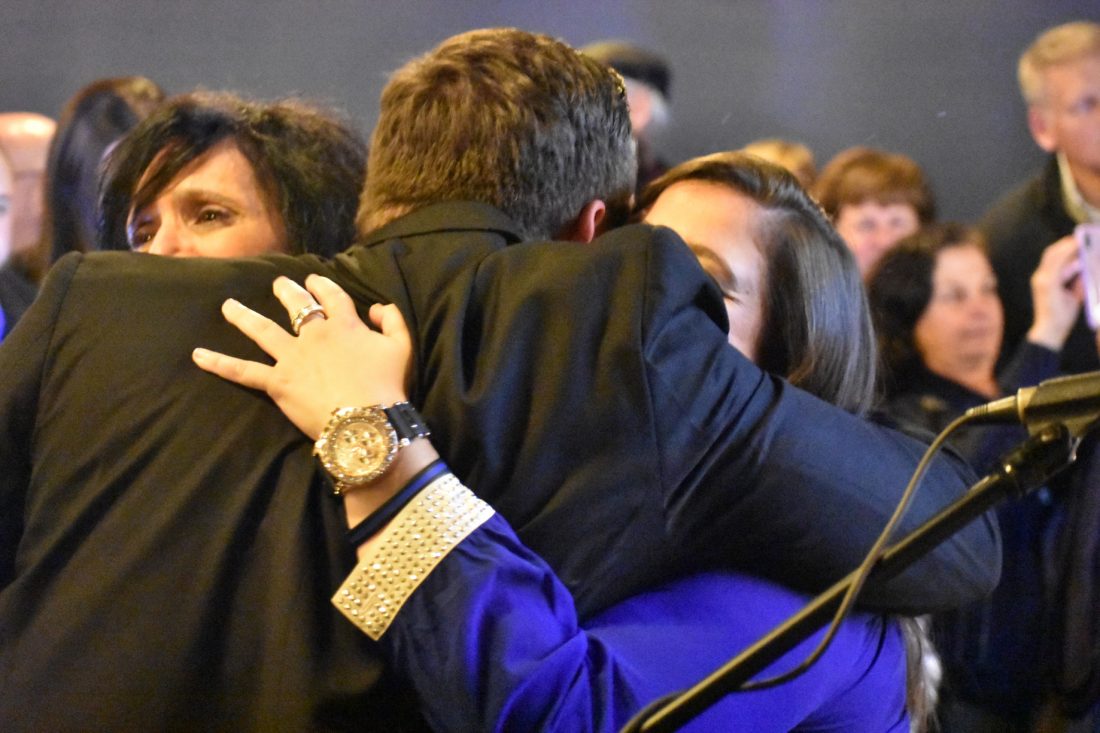 Sundquist previously ran for Congress, but lost in the Democratic primaries.

“The people of Jamestown have spoken and we’re excited to be the next mayor for the next four years and to build the city and to grow it,” Sundquist told The Post-Journal.

Sundquist received the mayoral endorsement from the Jamestown Democratic Committee in February ahead of his official campaign announcement. Sundquist was also endorsed by the Working Families and Independence parties in March when he officially launched his campaign for mayor.

“Eddie’s been working at this thing for the better part of a year and we thought he was the best candidate from Day 1,” said Jim Walton, City Democratic Committee chairman.

Sundquist has remained employed as an attorney at the law firm Lewis & Lewis in the city. Growing up in the area, he attended Jamestown High School where he graduated in 2007. 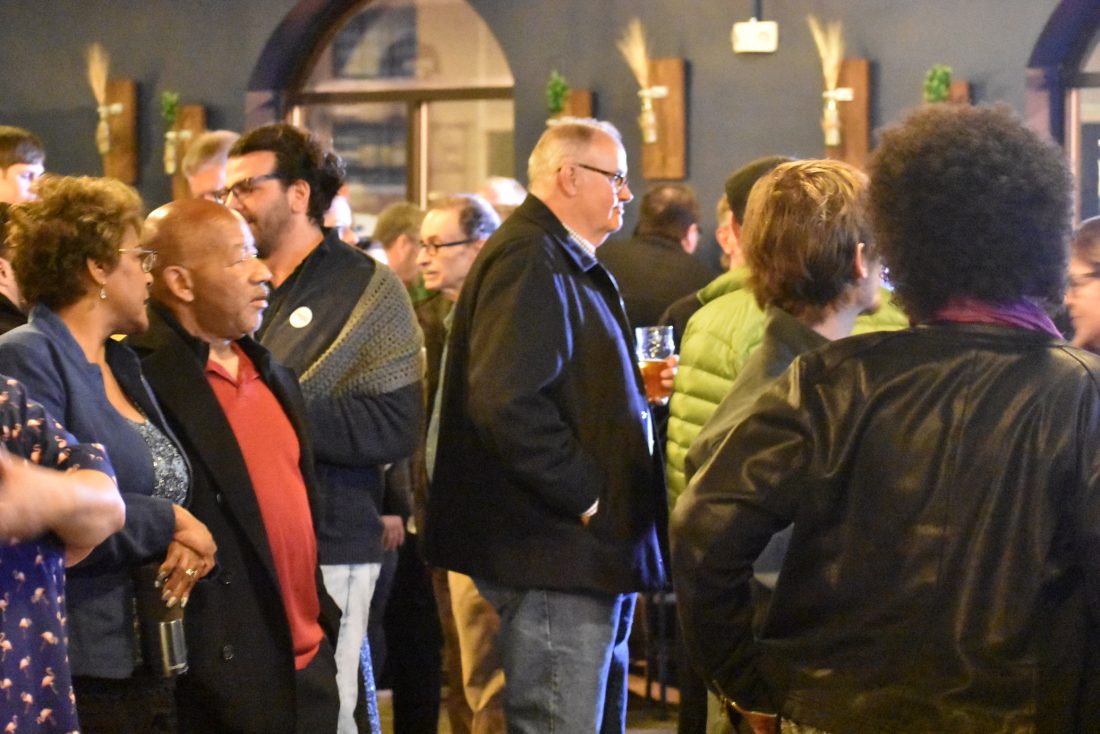 Even as a child, Sundquist envisioned himself running for office one day, he previously told The Post-Journal. And after one loss and one victory, he has succeeded at his life-long goal.

Sundquist said he was nervous watching the results funnel in late Tuesday.

“I was very nervous until we saw the final results,” Sundquist said. “We’re so encouraged by the people that were here. There’s so much love and so much support. I could not have done it without each and everyone of these people here tonight.”

Wilfong, at the Republican election-night watch party at the DoubleTree, praised Sundquist’s campaign. “Mr. Sundquist ran a great campaign and I congratulate him,” he said.

Liuzzo, who initially lost to Wilfong in the Republican primary and later announced his bid for mayor under the Libertarian ticket, discussed his third-party campaign when reached by phone Tuesday night.

In defeat, Liuzzo expressed his gratitude of a country that allows for a democratic process.

Asked if he would look elsewhere to continue his interest in government, he responded that his efforts were never about politics

“It was more of a question to do something for the city and the citizens. I think I’ve accomplished that,” Liuzzo said. “We had a very great response of candidates running … I think It’s good. The city’s on the right path.”

Sundquist, after realizing he will be the next mayor, said that the next few months will be filled with preparation. Noting that a change of administration has not taken place in more than two decades, Sundquist will begin working with the current administration to transition into his own.

“From now until Jan. 1, it’s working on trying to transition from one administration to the next,” Sundquist said. “It’s been 20 years since we’ve seen that. So, being able to work with city hall to begin to move things into place and get ready for the beginning of the year.”