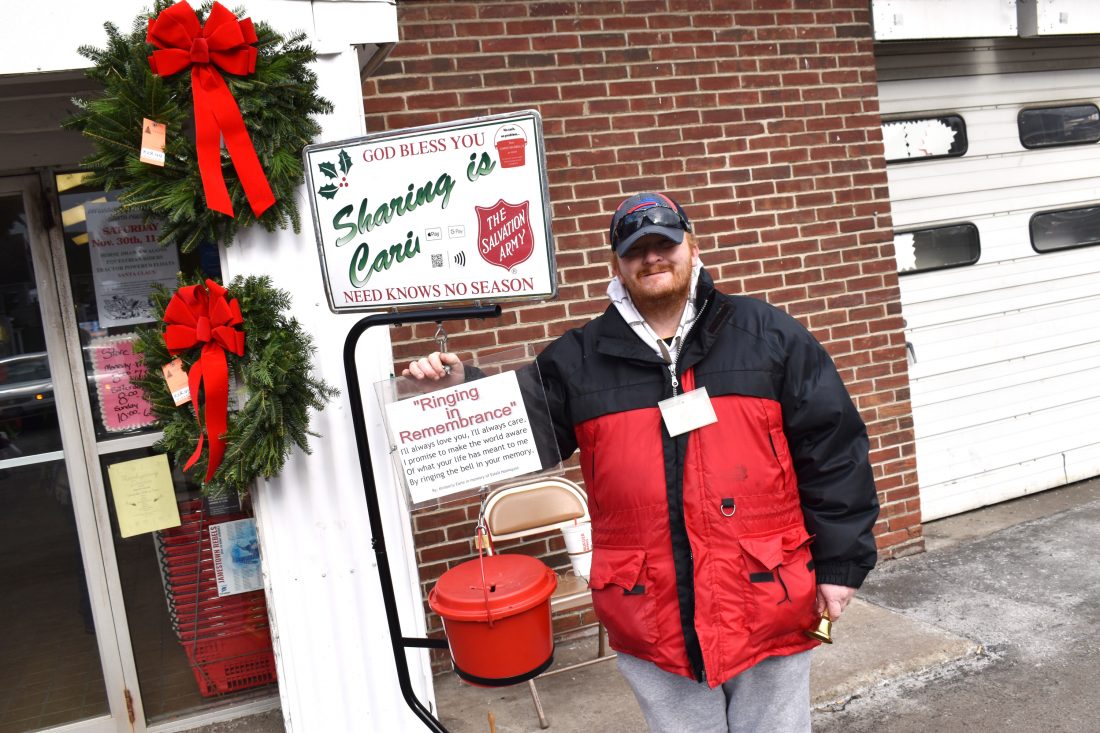 The nonprofit charity said beginning this year it is accepting donations through Apple Pay or Google Pay at its Red Kettle locations across New York. Called “Kettle Pay,” the Salvation Army has placed smart chips and QR codes on Red Kettle signs.

In a news release, the Salvation Army said donors can “bump” or scan their smart phones to make a digital donation.

Donors will be directed to a custom donation page that accepts Apple or Google payment options.

The funds will then be distributed to local Salvation Army units based on the donor’s billing ZIP code, and an email receipt will be sent directly to their phone.

Donors with an Apple iPhone Xs, Xr, and Xs Max or Android phones made since 2012 can just bump their phones on the sign. Donors with older phones can scan the QR codes, the organization said in its statement.

“For nearly 155 years, the Salvation Army has employed creative, forward thinking to find solutions,” said Maj. Ivan Rock, commander of the Salvation Army’s Empire State Division. “More consumers are using their phones to pay for everyday items and Kettle Pay makes it even easier for donors to join the Salvation Army’s Fight for Good. Anyone can fight for our neighbors who are experiencing poverty by donating to Salvation Army programs, including food for the hungry, shelter for the homeless and Christmas assistance for families in need.”

Kettle Pay is currently available at Red Kettle locations in the Jamestown area. On Tuesday, Ray Wolfe volunteered outside Brigiotta’s Farmland Produce. Wolfe said this is the second year in which he has volunteered for the Red Kettle campaign.

“The money donated stays local, so that’s great,” Wolfe said. “Plus this gets me outdoors.”

The Red Kettle Campaign is currently in its 129th year and is considered one of the oldest and largest charitable campaigns.

“Every year, the campaign raises millions of dollars to provide toys for kids at Christmas, clothes and shelter for the homeless, food for the hungry, after-school programs for kids, and other services to America’s most vulnerable populations year-round,” the organization said.