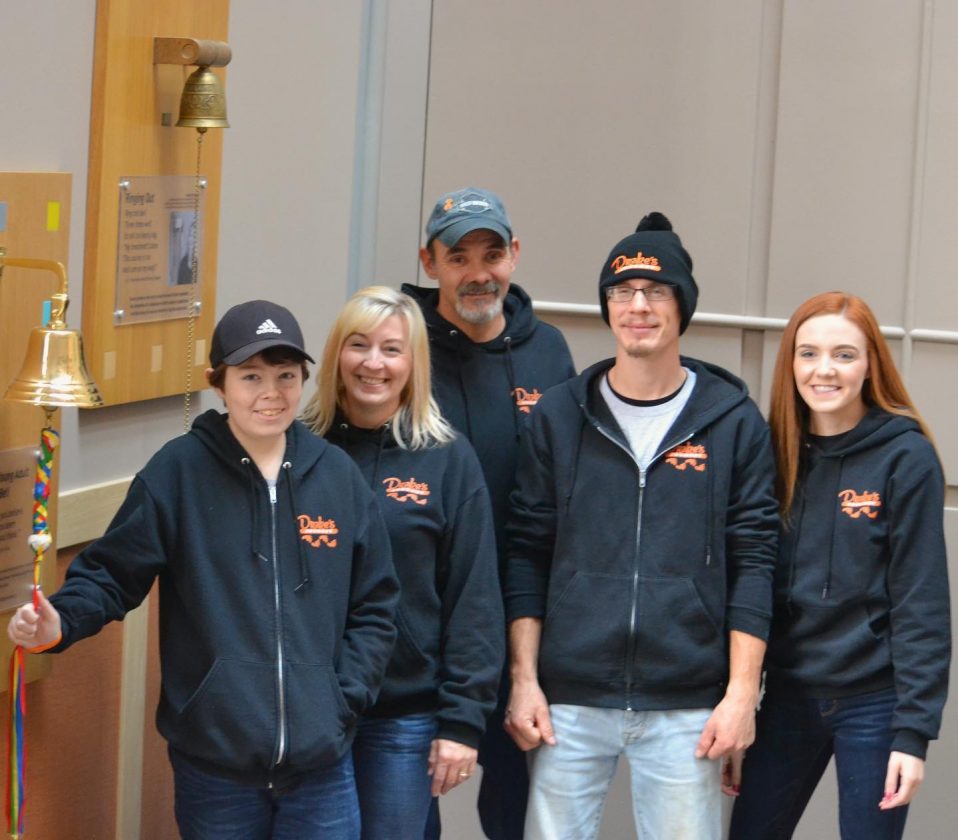 Drake McKane’s journey isn’t over, but it has reached an extraordinary milestone.

McKane was able to ring the symbolic bell at Roswell Park Comprehensive Cancer Center on Monday announcing his one-year anniversary of being cancer free.

“We waited so long for that moment to get here and it was just unbelievable. It was very emotional,” said McKane’s mother, Debbie.

Fourteen-year-old McKane of Mayville was diagnosed with leukemia, a form of cancer that affects a person’s blood and bone marrow, on Nov. 17, 2017. McKane has now been cancer-free for 12 months.

The B-Cell Acute Lymphoblastic Leukemia McKane was diagnosed with is the most common form of leukemia. 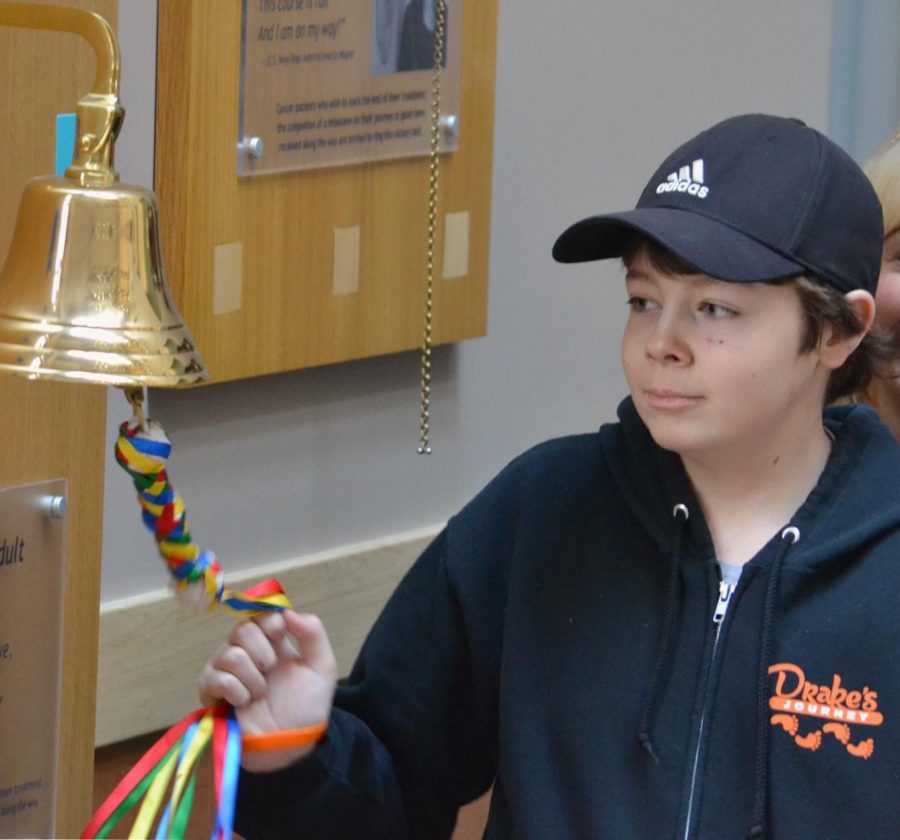 However, it was also determined that he possesses what’s referred to as “the Philadelphia chromosome.”

The abnormality is observed when part of chromosome nine transfers into chromosome 22, according to the National Cancer Institute. The changed chromosome 22 received the nickname, “the Philadelphia chromosome.” Debbie McKane said the abnormality makes it more difficult for her son to recover from leukemia and subsequent treatment.

While cancer free beginning November 2018, McKane still underwent chemotherapy treatment and other procedures for the last year. On Monday, when he rang the bell, it signified that he was done with treatment. Despite having upcoming monthly checkups in Buffalo, Debbie McKane said her son is “excited” to be done with treatment.

“He can be a normal child again and get back to, pretty much, everyday activities,” his mother said.

The family is hosting an open-house-styled event at the Carlson Center in Mayville located at Lakeside Park. While the day is mostly set aside for family and friends to congratulate McKane, the family has partnered with the Connect Life blood and organ donor organization to hold a blood drive the same day.

“We decided to have a blood drive along with it because the cancer patients go through a lot of blood so we wanted to pay the community back again,” Debbie McKane said.

Throughout McKane’s battle with cancer, the McKane family has shown continued efforts to give back. Dec. 7 will also welcome Lego donations from the community that will go toward the fourth collection of its kind organized by the family. Toy collections over the last year have accumulated more than 500 Lego sets donated to children.

McKane and family members first collected Legos to deliver to fellow cancer patients at Oishei Children’s Hospital a year ago. A second collection was held in January of this year that saw the help of a combination of Chautauqua County sheriff’s deputies and corrections officers from the jail and Lakeview Shock Incarceration Correctional Facility.

“We feel it’s important. This has taught us a lot about life. It’s been very eye opening,” Debbie McKane said as to why the family continues to give back. “We had so much love and support and donations handed to us and we definitely see families in need in the same situation that could use support. I feel it’s important to give back.”

At the December event, McKane will also be able to meet some of the donors who provided him with blood during his bout with cancer. Debbie McKane reached out to some of those individuals who she credits to changing the course of her son’s life.

“We want to thank them for saving Drake’s life,” she said.