For Local Tandem, A Little Comedy Goes A Long Way 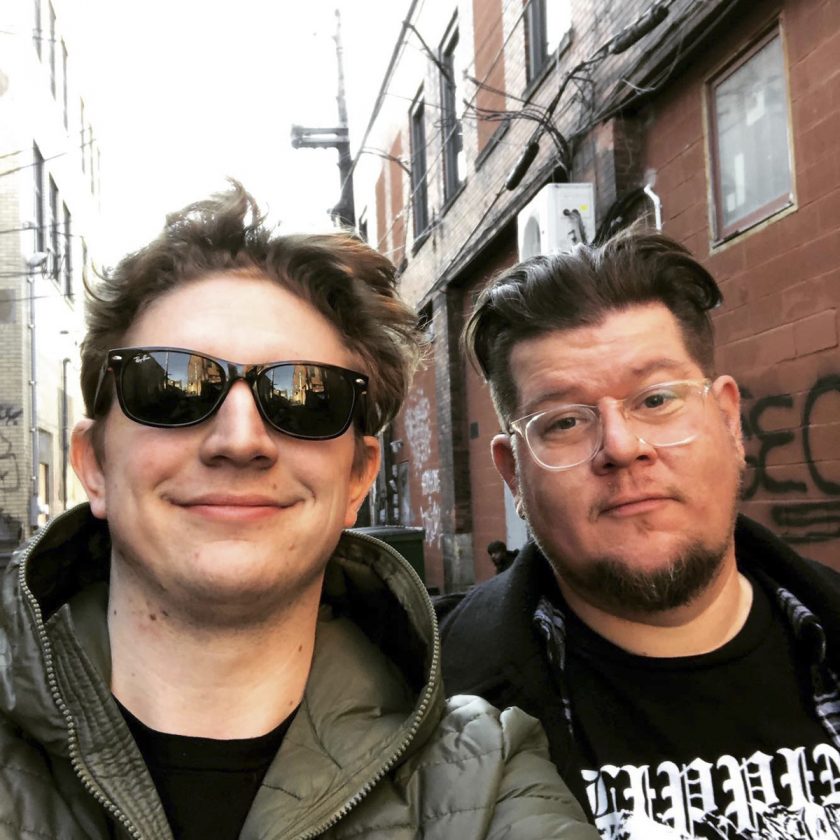 “Friendly’s II (This Time, It’s Personal)” is a headline that has been making its way through local Facebook feeds. While the story is satire, and not actual news, 26-year-old local comedian Jeremy Little has certainly piqued the attention of people in the Jamestown area.

Little grew up in Brocton, lived in Fredonia for a brief period, and has lived in Jamestown for around five years now. He first had an inkling about becoming a comedian while watching a John Mulaney special.

“I saw John Mulaney’s special New In Town, and thought ‘That. That’s what I want to do.’ I had never heard someone talk that way before. He has such a rhythm to how he tells jokes,” Little said.

He went on to add that he continued down that road because of the experience that comes with being a comedian.

“Truth Jamestown” is a Facebook page Little created because he loves writing jokes. Surprised that the page has gained traction, Little said it was originally intended for some friends. “I thought this would be a fun project that 20 of my friends would laugh about. It’s 100% more than I expected,” Little said.

He added that he was thankful for those who have been helping with the project, with a “shout-out” to Paul Clemente, Taylor Rondenell and Tim Smeal, all people Little named as contributors.

When asked about how material is created for the page, Little said it’s all about the city.

“We have a big city that stuff happens in,” he said. “Throw a few comedians into the mix, something like this is bound to happen.”

While the page is a fun and light-hearted project to make locals laugh, Little said that one rule holds true. Every headline should clearly be a joke.

“I don’t want to be accused of spreading false information, because it’s not even information. But it’s crazy how much people refuse to parse what is in front of them,” Little said.

While the “Truth Jamestown” page has become a local treasure, it is far from Little’s only project. Little is also a part of the local comedy group known as “Karate Sleepover.” Founded in 2017, the group aims to serve tailored entertainment and comedy.

Little works in tandem with Clemente for Karate Sleepover, and he isn’t shy giving Clemente credit for his hard work.

“He’s the hardest working person I know. He started this whole thing. There wouldn’t be local comedy in this city if he didn’t really get the momentum going on it,” Little said.

Even with Karate Sleepover being a group effort, Little and Clemente work to keep local comedy thriving. Little said he and Clemente host a weekly open mic at Labyrinth every Thursday and a monthly show at Full Moon Rising Bakery. Little said their December show at the bakery stands to be extra fun for those in attendance.

“Dec. 14, we have a show at Full Moon featuring Norlex Belma, it’s going to be an incredible show that I urge all of your readers to go to,” he said.

Little said he felt Jamestown is a good city for smaller comedians, noting that he and Clemente work to provide the resources local comedians may need to thrive, such as the open-mic opportunities.

Even with “Truth Jamestown,” Karate Sleepover, and working to support others — especially on a local level — Little keeps busy with his own comedy projects.

To date, Little said his favorite project that he’s done wasn’t a traditional comedy bit performed on a stage.

“The best bit isn’t even stand up, it’s the #jeremy4mayormey videos,” Little said. “In February, I made a video announcing that I was running for mayor, and the response was so funny. It was so fun to play in that space. Then in August I made another that really took off. It’s got like 8,500 views. It’s so goofy, and it was so fun to make. Vinny Nelson shot it which is why it looks so beautiful, which makes it so much funnier. Both the videos I wrote, shot, edited and posted in a 24-hour span, I just knew they were funny and had a good feeling about them. People like local humor. They like to hear and see things that they recognize.”

While working in the comedy realm leaves a lot of room for comedians to find a particular topic or bit to stick to, Little said his act is usually relevant to his daily life. When asked about his act, Little said it wasn’t anything specific for him. “(The act is) anything that’s funny. I’m engaged and expecting a very young daughter, so there’s been a lot about that lately. If I can squeeze a joke out of any topic I will try it on stage.”

When developing an act, some comedians feel their material is set once they’ve written it out. But while a joke or a quick story may seem ready on the first pass, Little suggests taking a few more passes through the material.

“You might think your material is ready to go, but take three more passes through it,” Little said. “I’m sure there are more jokes you can fit in there. Also, and this is big, you should be doing stand-up to make people laugh.”

While working to make people laugh through a multitude of projects and keeping busy planning a family, Little showed his appreciation for life. Little also expressed appreciation for the opportunites he’s seen on a local level and the experiences he had received as a city comedian.

“I’m so lucky to have such a silly life where I can write jokes and people enjoy them,” Little said. “It’s crazy that so many people liked the mayor video. Eddie Sundquist posted a Truth Jamestown article the other day. That’s insane to me that the mayor likes the jokes I write. All I want to do is make people laugh, and I’m really, really lucky that I get to do that. Support local everything.”