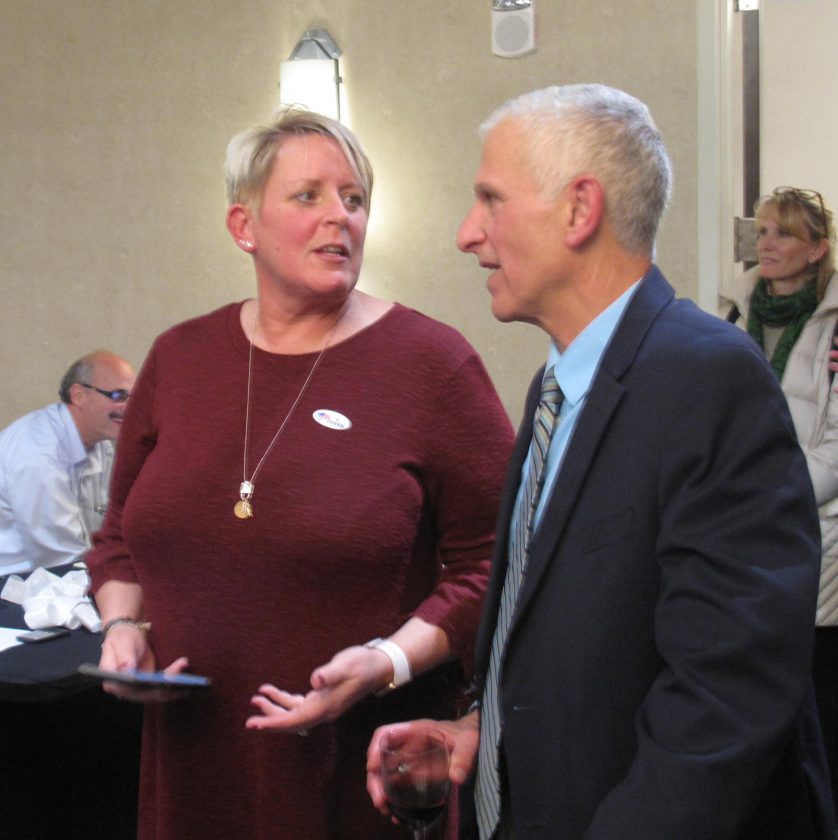 There could be a change in the majority of the Jamestown City Council.

On Tuesday, the unofficial election night results had five Republicans being ahead when the polls closed. Republican incumbents Anthony Dolce, Ward 2; Kimberly Ecklund, At-Large; and Brent Sheldon, Ward 1; were all ahead, with newcomers Grant Olson, Ward 5; and Jeff Russell, At-Large, also leading.

Dolce, who was joined by fellow Republican candidates from throughout Chautauqua County at the DoubleTree by Hilton Hotel in Jamestown, said it has been a long time (2007) since the Republicans had the majority of the council.

“I look forward to that,” he said following his 13th election victory.

Ecklund also said she looks forward to the possibility of a Republican majority, which is how the council was when she was first elected 16 years ago.

Incumbents Victoria James, Ward 3; Marie Carrubba, Ward 4; and Thomas Nelson, Ward 6, were all re-elected. Tamu Graham-Reinhardt, who was first appointed to the council in January, won her first election to the council.