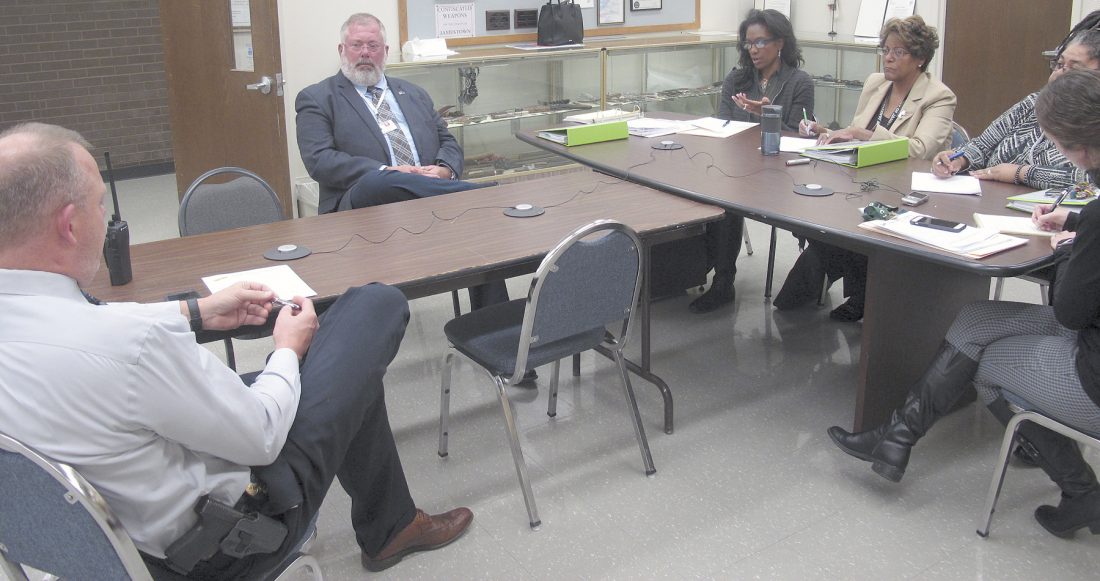 Videos of bullying incidents involving Jamestown Public Schools students happening off-campus appearing on social media outlets has led to the Jamestown City Council asking what they can do to try and curtail these activities.

On Monday, Bret Apthorpe, Jamestown Public Schools superintendent, was invited by the Jamestown City Council Public Safety Committee to discuss the topic of bullying. He said the violence and dehumanization in some of the incidents that he has seen of videos being posted online have him concerned.

“These acts of cruelty really bother me,” he said.

Apthorpe said most of the bullying incidents involve middle school students off-campus. He said the acts of bullying don’t appear to be motivated by race or gang/drug related activities. He added that he doesn’t believe that older generations understand how social media bullying impacts school-aged children.

“Social media is a different ingredient,” he said. “The power this technology has on our youth.”

Apthorpe said he believes online bullying is a bigger problem than most parents will admit. He said when parents are contacted to discuss bullying incidents, they are quick to defend their children.

“It’s a much bigger problem than people realize,” he said.

Apthorpe said the school district has a positive relationship with the Jamestown Police Department. He said the high school, three middle schools and the technology academy have resource officers. He added that the red shirt program also involves retired and off-duty officers being inside Jamestown school facilities.

The city could become involved in trying to curtail the bullying problem by participating in community conflict mediation events, Apthorpe said. He said one way the district is trying to stop problems in middle school students is improving their education at an earlier age. He added the school’s LEAP (Learning Enrichment and Academic Progress) program was a great success this summer with preventing the summer slide in reading development in students. He said 97% of the students involved in the program passed their end of program literacy test.

Apthorpe said around 40 organizations were involved in the school’s summer program this year. However, he said the city was not involved. He added it would be great if the city would participate in the program in the future.