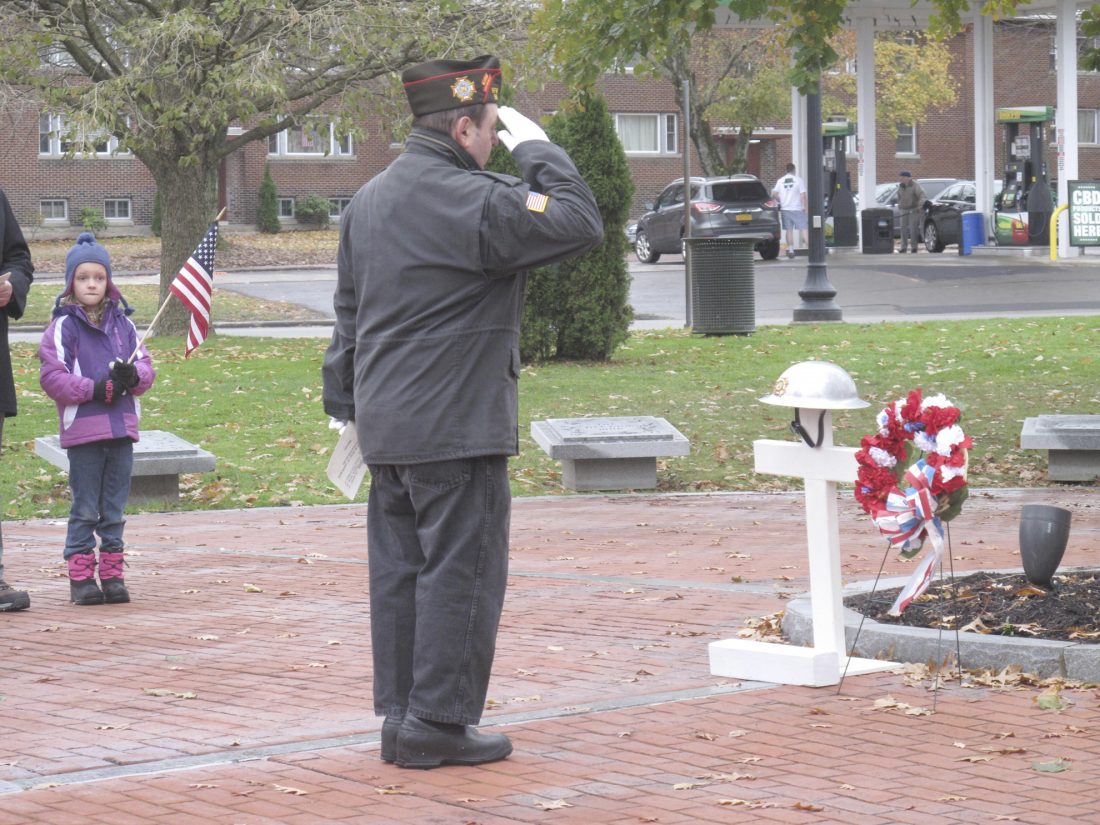 On Veterans Day, there were several events held in the city of Jamestown to pay tribute to the men and women — living or dead — who have served or are currently serving their country.

The first Veterans Day event Monday in the city took place at Veterans Memorial Park, located along Logan Avenue and Third Street. The John W. Tiffany Post 53 Veterans of Foreign Wars led the ceremony at the park, which included a 21-gun salute and the playing of “Taps.”

Shortly following the service at the corner of Third and North Main streets, a ceremony was held at St. Luke’s Episcopal Church, located at 410 N. Main St., Jamestown. 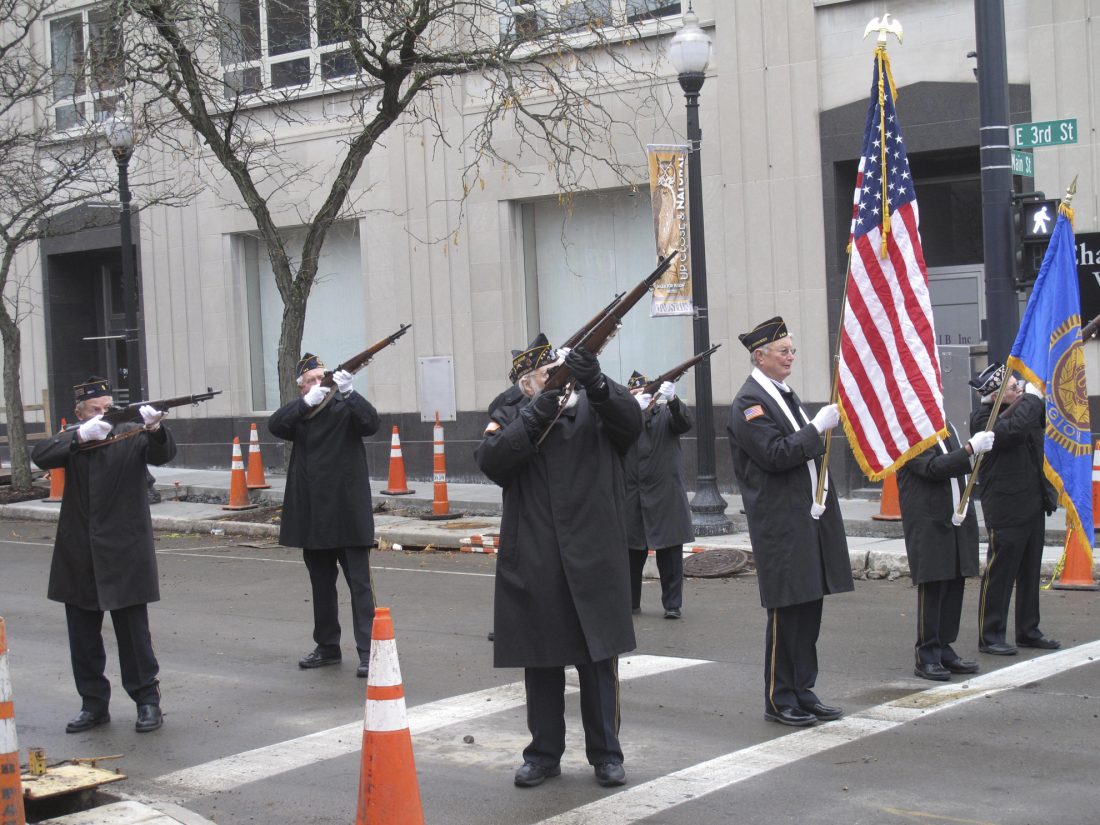 Following the church service, there was a ceremony at Soldier’s Circle at Lake View Cemetery.