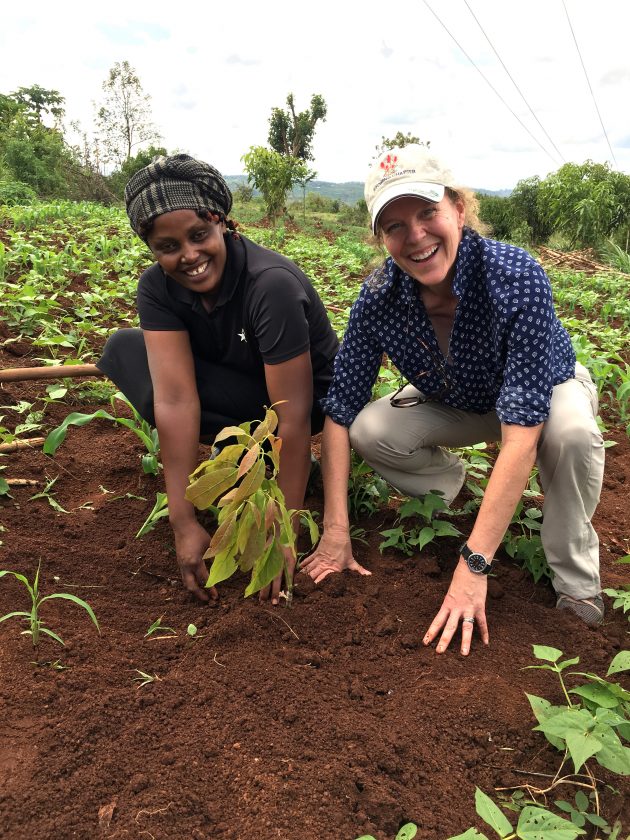 Andrea Erickson-Quiroz, left, is pictured with Mama Christine in Nairobi, Kenya. Erickson-Quiroz is the managing director for water security at The Nature Conservancy, a charitable environmental organization. Submitted photo

Andrea Erickson-Quiroz has been on a conservancy journey for most of her life. In doing so, she has been able to travel the world and see first-hand the importance of identifying and protecting water sources.

“Half of the planet’s water is used faster than it’s being replenished,” said Erickson-Quiroz, a 1983 graduate of Jamestown High School. “Will it be here and be enough for us in the future? Places like Cape Town (in South Africa) ran out of water, which had a massive disruption to its people. They’re hitting these hard walls of no water.”

Erickson-Quiroz studied industrial and labor economics at Cornell University and environmental policy and economics at Cambridge University. She then went into the Peace Corps where she was posted to the Amazon basin in Ecuador. There, she met a population dealing with deforestation.

“There was a lot of change in the region,” she said of her time with the Peace Corps. “All these people were living and surviving at the edge of these systems started me on my conservancy journey. … You saw how people lived in nature and how we depend on it.”

She became interested in conservation at an early age. 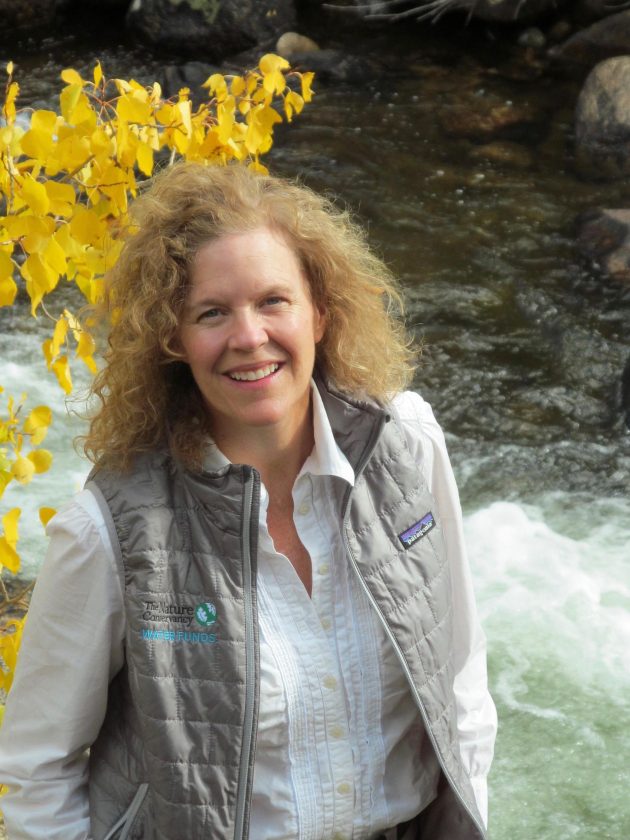 “One reason was exposure to outdoor activities with my family when I was young,” she said. “The other reason was my time in Ecuador in the Peace Corps where I had a front row seat to the deforestation of the Amazon. The key lesson was that people need options and opportunities if we want to conserve the natural world.”

Erickson-Quiroz is currently the managing director for water security at The Nature Conservancy, a charitable environmental organization. She has been with the group for more than 21 years.

According to her biography, she leads a team of freshwater scientists, policy experts, economists and conservation practitioners to identify, test and deploy strategies to secure and protect water sources.

Asked of the organization’s goal, she said: “It’s pretty simple, yet lofty — protect land and water in which life depends on.”

An example of the group’s work can be seen in Nairobi, Kenya. Erickson-Quiroz said many farmers live on steep hillsides, and when it rains a lot of the runoff from the farming ends up in the river below.

“We’re working with the city water company and major power company looking at how we can help them develop plans,” she said. “There’s always going to be some runoff. When it gets into the river, it’s not good for fish overtime and it fills up the bottom of the river.”

When too much sediment or mud ends up in the river, Erickson-Quiroz said it can shut down the water system. This forces people to buy their water elsewhere.

The Nature Conservancy also helps hillside farmers develop water collection systems that allow them to extend operation through the dry season when a lack of water might otherwise shut things down.

Erickson-Quiroz said runoff concerns can be seen right here in Chautauqua County. She praised efforts to preserve Chautauqua Lake by local officials, and noted the parallels between what is happening locally to what she sees around the world in terms of water conservation efforts.

“Chautauqua is doing a lot of the same things I’ve seen in other places,” she said. “The whole runoff thing and what is being done to identify the problem and where it’s coming from.”

“When I come and visit family I’m very excited to see these efforts,” she continued.

Asked of a moment that stands out in her career, Erickson-Quiroz pointed to a woman she met in Nairobi, Kenya. She said the woman, Mama Christine, was having trouble growing produce during the dry season that limited her family’s income.

“Though she is only one farmer among 20,000 that are participating in the project, Mama Christine’s story reminds me that the path to a better world is still about connecting at a personal level,” she said. “We need to connect to each other’s point of view and needs, no matter how distant we might be in geography or nationality or creed.”

The Nature Conservancy helped Mama Christine develop an irrigation system that captures water, allowing the family to grow produce in the dry season. With new income, the family was able to open a bank account and pay for the college education of Mama Christine’s daughter.

“Mama Christine is participating because the work supports her needs as a farmer and a mother,” Erickson-Quiroz said. “She is provided with irrigation equipment much needed to produce food for the market in the dry season, in return for planting trees and building terraces. Multiply that by 20,000 and the water will run clearer. Then millions of people will benefit downstream with better water supplies. It’s an equation of change and hope that always starts with one — one person at a time.”