Arcade Building Is One Of 7 To Save 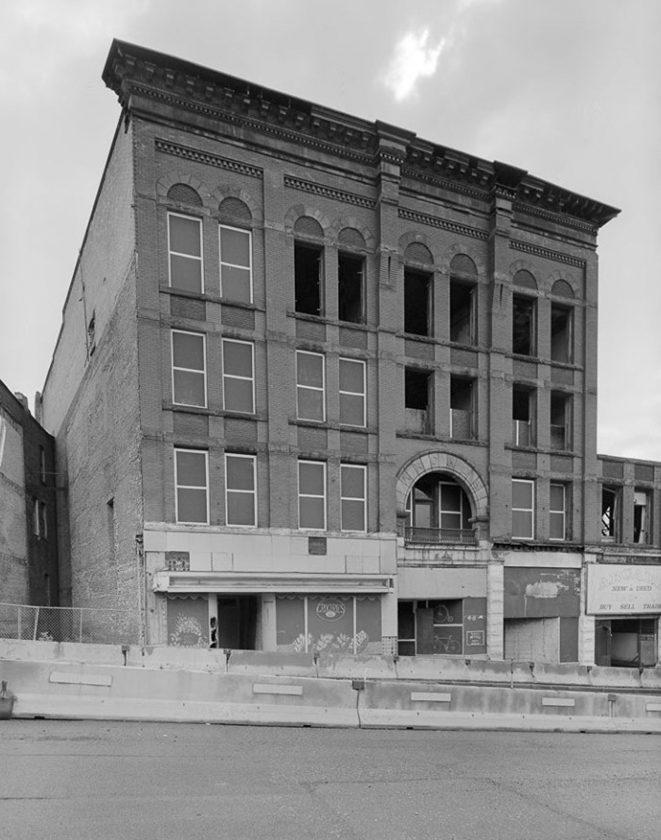 The Arcade Building is one of “Seven to Save” for the New York Preservation League, which will be hosting a special presentation in Jamestown of historic building sites throughout the state.

The presentation will be held at 6 p.m. Thursday at St. Luke Episcopal Church, located at 410 N. Main St., and will be led by Frances Stern, Preservation League manager of technical and grant programs, who will be accompanied by Christiana Limniatis, Preservation Buffalo Niagara preservation services director. Together, they will provide detailed information about the seven historic sites the Preservation League is trying to save.

The Rev. Luke Fodor of St. Luke’s said he has been working awhile with Noah Goodling, Fenton History Center executive director, about preservation culture in Jamestown. Fodor said when St. Luke’s applied for a $500,000 state grant to renovate the historic church facility that in the application was a proposal to start a preservation movement in Jamestown.

“So when we got the grant, we started working with Noah to start saving the quaint downtown we have, which is great,” he said. “We want to preserve all of the buildings, just not ours (St. Luke’s). We had the conversation with Noah and he mentioned that the Arcade Building was on the Seven to Save. So we started talking to the Preservation League and told them we have an exhibit area and we though it would be great to have it here. We have an art gallery in the church space we installed a couple years ago.”

Immediately following the lecture, attendees will be invited upstairs for the unveiling of the travelling exhibition “Hidden in Plain Sight,” a series of black and white photographs of the featured buildings done by Bruce Harvey, a consulting professional historian and documentation photographer based in Syracuse. The exhibit, which has been on display in the Preservation Leagues Albany Headquarters since November 2018, is now being shown at several venues during the next few months to reach more audiences across the state.

Fodor said pictures of the Seven to Save will hang in the gallery at the church for two to three weeks, which is opened to the public during business hours. He said the presentation from the Preservation League will be about the importance of savings buildings.

“It coincides with St. Luke’s and St. Pete’s (St. Peter & Paul Roman Catholic Church) both being built 125 years ago in November,” Fodor said. “We didn’t want to the miss opportunity to celebrate that.”

The Preservation League has highlighted threatened historic sites since 1999 through the Seven to Save list, which provides enhanced services from the league to bolster visibility and build support for preservation. Through the Seven to Save program, the league has worked with local stakeholders to avert demolition, develop plans for reuse, secure landmark designation and foster greater public awareness of the value of New York’s unique and irreplaceable historic resources.

The lecture at St. Luke’s will be held in the undercroft, which is accessible via Fourth Street. There is no charge for the event, which is open to the community. For more information, call 483-6405.