Chadakoin Park in Jamestown has been renamed the Jackson-Taylor Park after Isabelle Jackson and Vivian and Lula Taylor. All three individuals honored are credited as being “amazing” people who impacted the Jamestown community. P-J photos by Jordan W. Patterson

Mayor Sam Teresi spoke at the ceremony. Members of the Jackson and Taylor families were also present. P-J photo by Jordan Patterson 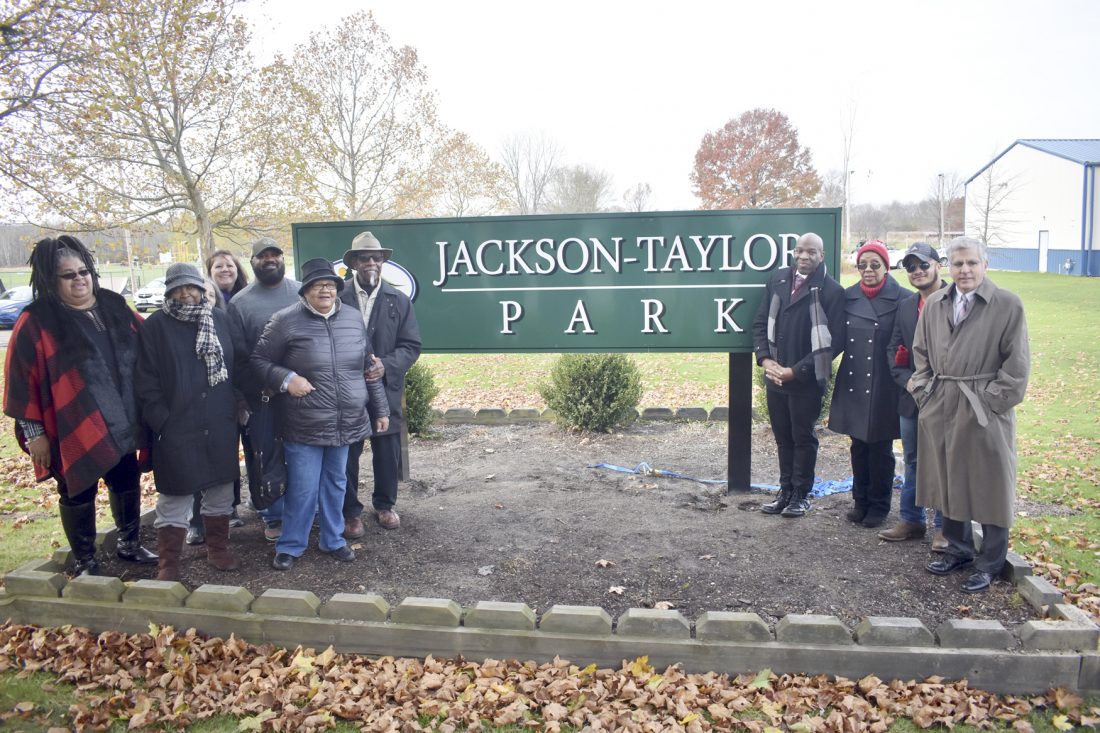 Chadakoin Park in Jamestown has been renamed the Jackson-Taylor Park after Isabelle Jackson and Vivian and Lula Taylor. All three individuals honored are credited as being “amazing” people who impacted the Jamestown community. P-J photos by Jordan W. Patterson

Chadakoin Park in Jamestown has been renamed the Jackson-Taylor Park to honor late community leaders.

Mayor Sam Teresi and the city of Jamestown Parks, Recreation, and Conservation Department held a special dedication ceremony Monday to rename the park and unveil its new sign near the entrance at Washington and 13th streets.

“While the name Chadakoin Park was appropriate and has served this community well over the past five decades since the concept was conceived back in the late 60s and early 70s, today will be the last time we call this wonderful 150-acre area of our city Chadakoin Park and the first time that were going to officially call this wonderful park Jackson-Taylor Park forever,” Teresi said.

The renaming was an effort by local residents and the city to honor Isabelle Jackson and Vivian and Lula Taylor, all of whom served the Jamestown community.

Jackson served Jamestown Community College as a faculty member for 30 years and previously worked at the director of the Jamestown YWCA Co-Ed Center from 1963 to 1964. She received various awards that include Women of the Year of the Inter-Club Council of Jamestown in 1969, the Civic Leader Award from the National Conference of Christians and Jews in 1985 and the Outstanding Citizen Award from the Ebony Task Force in 1990, among others. 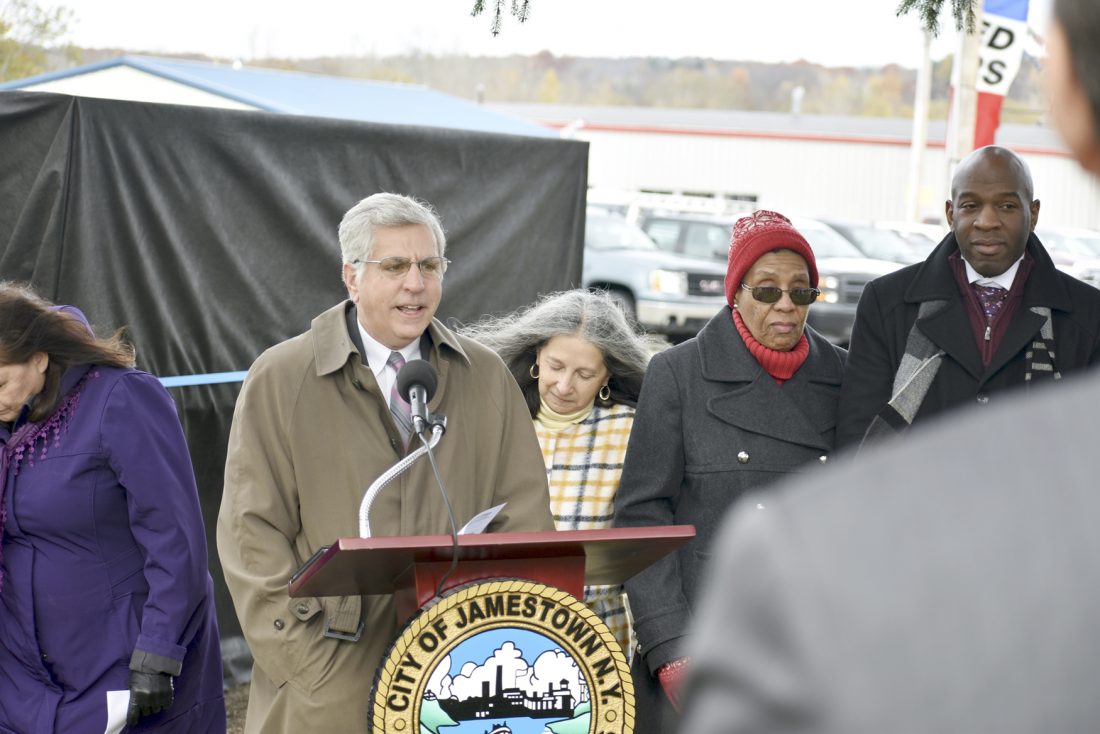 Mayor Sam Teresi spoke at the ceremony. Members of the Jackson and Taylor families were also present. P-J photo by Jordan Patterson

Additionally, Jackson directed the college’s educational opportunity and veterans affairs programs, and facilitated a number of other special outreach efforts. She was also a member of JCC’s Minority Community Advisory Council.

Vivian and Lula Taylor married in 1950 in North Carolina but shortly after took a train to Jamestown. Once here, the two served in city and county government. Lula Taylor became the first African American woman to hold a county legislative seat in New York State.

Along with being a legislator, Lula Taylor served on several boards, commissions and community groups including the Chautauqua County Board of Health, the Health Network Advisory Board and Office of the Aging Advisory Board.

Vickye James, city councilwoman, said all three individuals were “just amazing people” and all contributed to the city. Around the time Chadakoin Park was created, James said Jackson and the Taylors were already giving back to the community.

“They are just amazing people. I keep saying ‘amazing,’ but they are,” James said. “They’re just wonderful, giving, loving, caring and all about the community.”

Teresi and James were approached by a community member more than a year ago when the council held a meeting at the park. The woman asked if they’d consider renaming the park after the Taylors and Jackson. More than a year later, that request came to fruition.

Marie Carrubba, city council president, also praised the efforts of the city to honor Jackson and the Taylors at Monday’s ceremony.

Members from the Jackson and Taylor families were also in attendance. Michael Taylor, grandson of Lula and Vivian Taylor who also knew Jackson, spoke at the ceremony and expressed his gratitude for the message that the park’s rebranding sends to the community. He compared the park to the service that both the Taylors and Jackson gave to Jamestown.

“It’s a lot like their service,” Michael Taylor said. “Because in the same way this park has transformed over the years … the three of them transformed this community over the many years and it’s a good symbol — it’s symbolic of their work.”

Michael Taylor envisioned people, who are unaware of the three community influencers, asking about them after seeing the sign. And through the sign and the park’s renaming, those younger generations can learn about what Jackson and the Taylors did for Jamestown, he said.

Teresi announced at the ceremony that three more signs will be added below the main sign displaying more information about the three Jamestown icons.