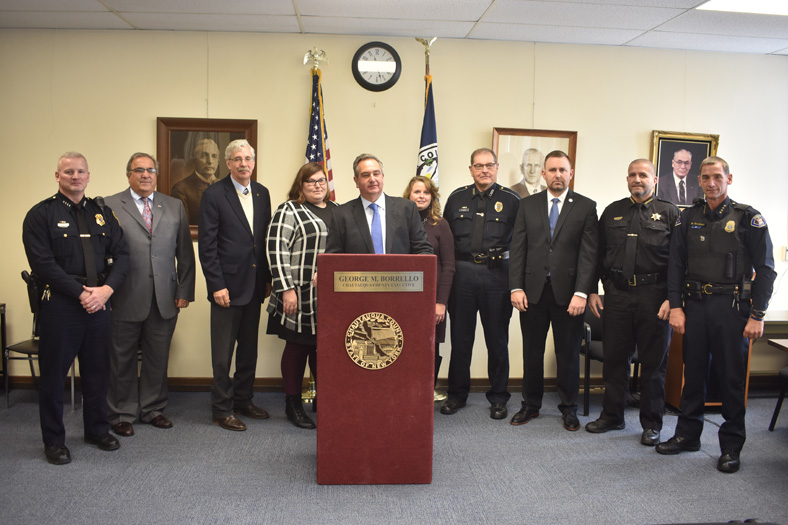 Under the new bail reform law, most charged with misdemeanors and non-violent felonies will be released under supervision (RUS).

With discovery reform, District Attorney Offices across New York state will have 15 days to present full discovery evidence in all cases or they will be dismissed.

Borrello called on the state Legislature and Gov. Andrew Cuomo, who signed the reforms into law, to repeal the changes before Jan. 1. 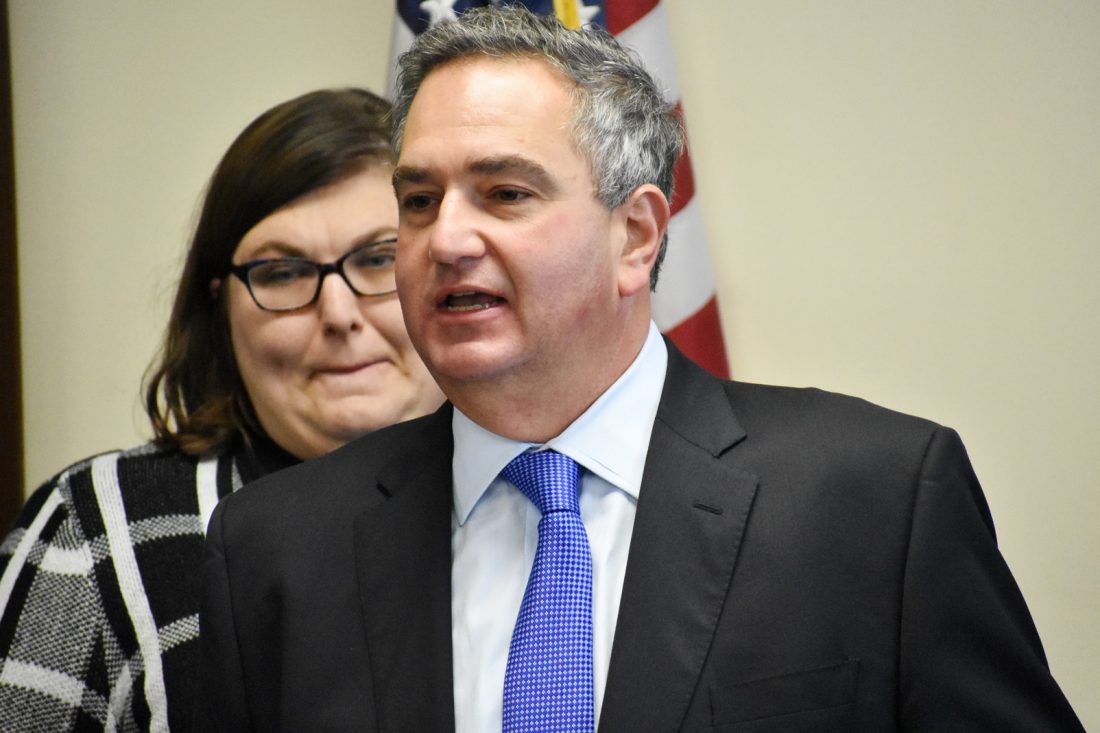 “Members of law enforcement and virtually every county district attorney across the state regardless of party affiliation has spoken out against these reforms that could have a devastating impact on public safety,” Borrello said. “What these laws amount to is a criminal bill of rights that will severely comprise public safety and have a severe burden on law abiding citizens of every single community across this state.”

“These changes, in effect, will forever alter the face of our justice system — alter the landscape of that system — from start to finish,” Swanson said. “What was enacted was sweeping changes of the bail legislation, sweeping changes in how discovery is changed and how it’s handled and when it’s turned in and to what extent. And those changes taken together present a scenario that, quite frankly I think us in law enforcement all agree, create a public safety issue.”

The local law enforcement officials and local representatives continued a discussion on the public safety, judicial and budgetary impacts of the reforms that will take effect Jan. 1. Swanson believes that without proper funding to support adequate staffing for discovery cases, the changes to criminal justice law will eventually “fail.” He noted that with discovery reform, the DA’s office is required to provide complete discovery for even traffic violations within 15 days for a process that typically takes months. Additionally, Swanson, and others who spoke Friday, raised concerns of having to identify witnesses and victims months before trial due to the new requirements.

With both major changes, Swanson believes they will “adversely” impact county and the state.

“The state is forcing us to release criminals onto our streets without any measures of ensuring that they will return to face their trial and face justice,” Borrello said of bail reform. “Law enforcement and our judges will have no options. Bail can no longer be set for more than 400 criminal acts including manslaughter in the second degree, vehicular manslaughter in the first degree, criminally negligent homicide, burglary in the second degree, criminal possession of a weapon on school grounds, felony criminal sale and criminal possession of a controlled substances, making a terroristic threat, giving a bribe to a public official — which I’m sure is fan a favorite in Albany — and aggravated cruelty to animals. Also, promoting an obscene sexual performance by a child.

“Those offenses will be given, essentially, the equivalent of a traffic ticket — an appearance ticket,” Borrello continued. “There’s no guidance, no training and certainly no funding from the state to deal with managing the thousands of offenders that will walk in our streets instead of being held in prison where they belong. So, if you’re a burglar, a pedophile, an animal abuser, a domestic abuser, an illegal arms dealer, a drug dealer or a terrorist next year is going to be a great year for you in New York state thanks to the irresponsible, poorly-thought-out legislation signed by our governor and passed by our state legislature.”

Borrello said the governor can alter the reforms if a special legislative session is called to address statewide concerns. While acknowledging that criminal justice reforms are needed, he believes, as do many of the officials in attendance Friday, that the current reforms failed to consult the proper agencies. Even Quattrone, who was sworn in as sheriff in January, said that, when asked, state officials have provided no guidance or answers on how to manage the impending changes.

“What we continually get is there are no answers,” Quattrone said. “The state Legislature, the governor have not given us direction. They have not given us the funds to implement some of these new reform policies they have forced upon us and our primary concern is the safety of residents of Chautauqua County.”

Schuyler, while not directly involved with law enforcement, addressed immediate public safety concerns that county Department of Health officials have with the coming shift in the system. Announcing she supports criminal justice reform, Schuyler maintained that current legislation was not properly managed. With more people being charged with crimes being released, she raised concerns of affordable housing for individuals who would otherwise be remanded to jail.

“We are now going to be faced with many more people who rely on, believe it or not, the jail system to have a roof over their head, to have food, to have medical care, to have mental health and substance abuse care,” Schuyler said. “We are now going to have to be prepared to deal with having more community-based services and actually also being able to lobby for more very low-income housing.”

Many at the conference believed the rampant opioid epidemic and ongoing drug issues in the area will not be helped by the coming changes as offenders will be released instead of being offered services in the jail. Schulyer said, while admitting her support for general criminal justice reform, the state did not do its “due diligence” when drafting the legislation.

Goodell, who voted against the changes in the state Assembly, added that the opposition to the state’s law reforms is not associated with political party lines.

“As you can see by the people who are assembled here, this is a non-partisan issue when it comes to public safety,” he said. “Because in front of you are both Republicans and Democrats all focused on the same issue about what impact this will have on public safety.”