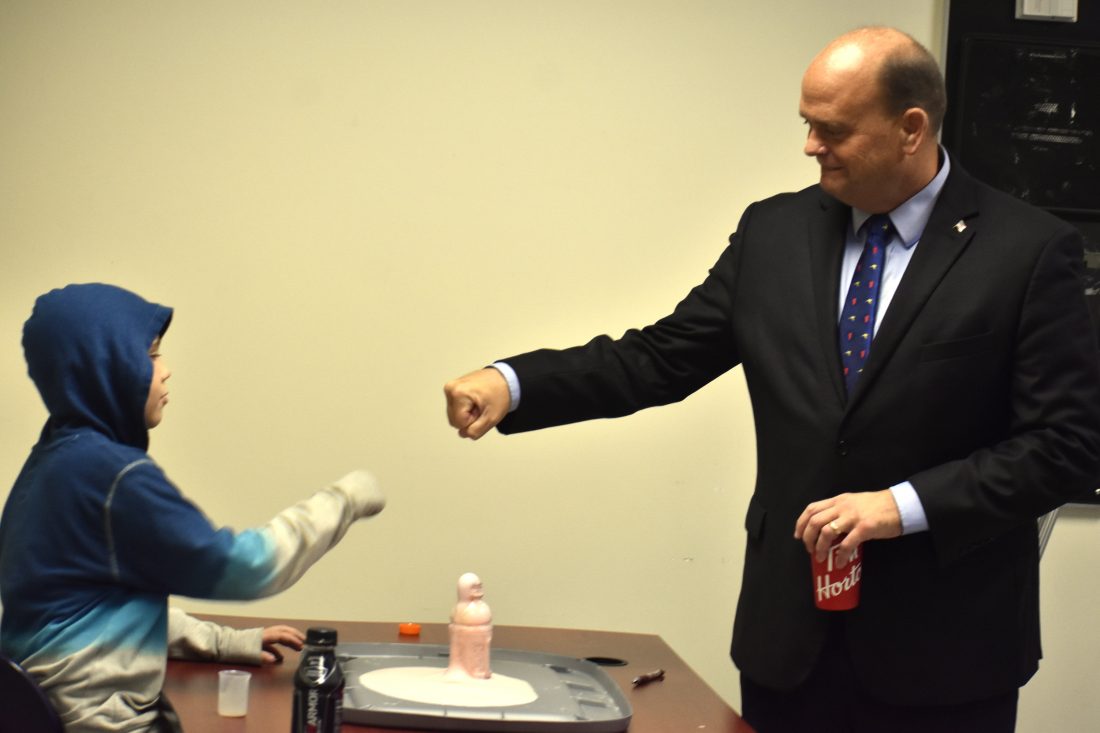 U.S. Rep. Tom Reed, led by student tour guides, saw that Jamestown’s Success Academy was putting the needs of young learners ahead of everything else.

Reed, R-Corning, visited Jamestown Public Schools on Thursday to get a glimpse into the newly erected academy set to address trauma among students. The JPS Success Academy, housed in the former Rogers Elementary School, opened its doors to students in September for the first time since 2012.

“First and foremost, I wanted to be here at the launch of the Success Academy,” Reed said, “because it was brought to our intention what the superintendent and the teachers are doing here, as well as the students. This is a way to address a problem. You saw the data, and we’re seeing it across the country with folks not getting through school in a successful way and things like that. What they’re igniting is an innovative, new way of getting things done and putting the kids first. That is so important.”

The school was created to be more supportive to the needs of students in grades 5-10. The grade range, student populations and coursework are moving targets, as the academy will likely be expanded. Dr. Bret Apthorpe, JPS superintendent, and Dr. Mike McElrath, Success Academy principal, gave a presentation to the congressman detailing the need for such an academy. Apthorpe and McElrath highlighted the necessity to address students experiencing trauma with a therapeutic education setting.

Apthorpe, during Thursday’s presentation, noted that 70% of Jamestown’s student population is living in poverty and 50% of students in grades 3-8 are not proficient in ELA and math. He added that 1,600 students are chronically absent, the districtwide dropout rate is 25%, the district performed in the lowest 10% of statewide student achievement and an estimated 500 students have at least four adverse childhood experiences (ACE). 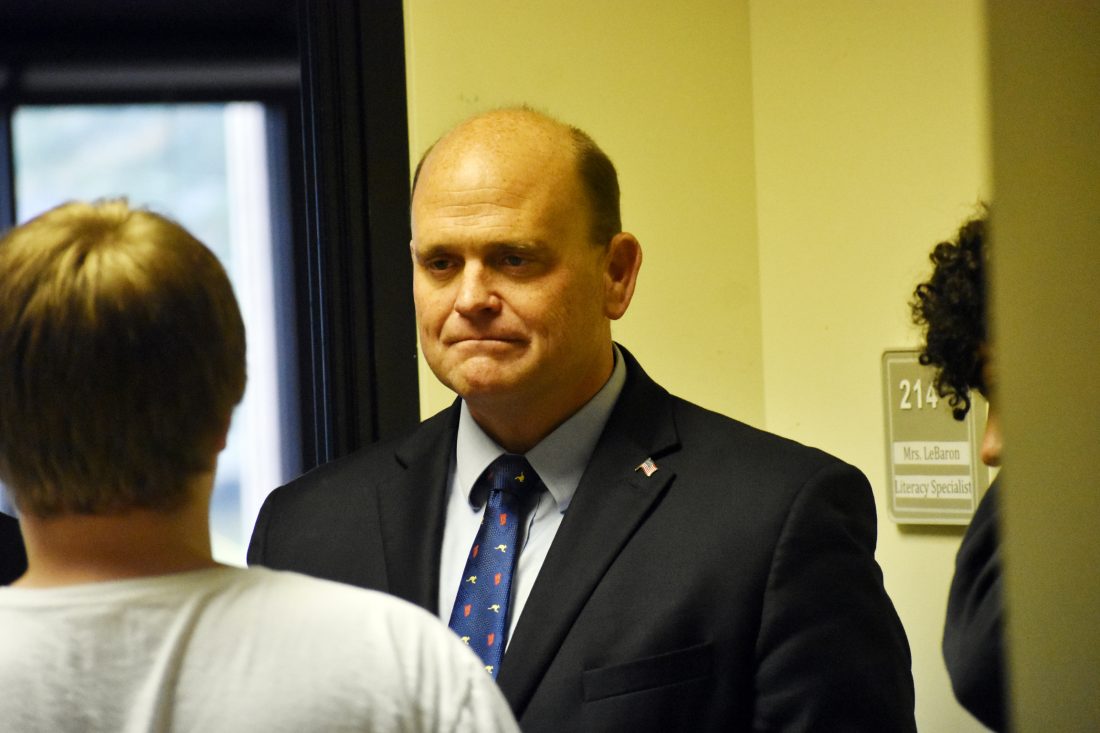 An ACE or ACEs are described as stressful or traumatic experiences in childhood that include neglect, physical or verbal abuse and a range of environmental or relational factors. Specific examples provided included being raised in a home that included substance misuse, mental illness, parental discord or crime, witnessing domestic violence or the absence of a parent through divorce, death or abandonment.

Apthorpe used a real example of an anonymous student who lived in a drug-ridden home who discovered her dog was killed as a result. The student continued to school the same day, but Apthorpe’s point is that the “student’s not ready to learn.”

The school system is organized to address a wide variety of issues among student needs including trauma, absenteeism, anxiety and others. With smaller class sizes and social services, school district officials are optimistic about addressing certain student needs. The Success Academy is even host to a German shepherd registered and certified service-therapy dog named Leo. The dog was previously assisting students at Bush Elementary School until his handler, a Jamestown teacher, transferred to the new building.

“What I heard here all day long is how this (school) is impacting (students) in a positive way,” Reed said following the tour that often featured the congressman speaking with Success Academy students.

Agencies like social services, mental health providers, counselors, job training and mentors can potentially be involved in offering help to students who are falling behind in school due to previous traumatic events. Currently, Chautauqua Striders and Jamestown Community Learning Council have an office at the school. Students will be linked with agencies as they enter the program throughout the school year. Other committed agencies include Jamestown Pediatrics, UPMC Hospital, The Resource Center-Children & Youth Services, Chautauqua County Office of Public Health and the Office of Mental Health, Family Service of the Chautauqua Region, Chautauqua Tapestry, Jamestown Youth and Adult Counseling, Prevention Works (formerly Chautauqua Alcohol and Substance Abuse Council), Child Advocacy Program, and Dr. James Wallace of the Child Psychiatry Strong Hospital.

“The lifeblood of the Success Academy is this partnership of great educators that we have with our Jamestown teachers, but also the clinical side. The partners from our community, pediatric agencies and youth agencies, and their willingness to partner with us to help these kids is fantastic,” Apthorpe told The Post-Journal. “Congressman Reed has always been supportive of this sense of collaboration. It’s not about having more resources it’s about better using the resources we have and that’s the motto we have here at the Success Academy.”

Apthorpe first announced the idea of such an academy in March 2018.

It’s estimated that between 50 and 60 students will be in attendance in the initial weeks. Some students who show progress will likely transfer back to their home school. Others will likely be identified later in the year and then be transferred to the Success Academy, causing fluctuations in the student population. McElrath, during his presentation, noted to Reed that the Success Academy is a “work in progress.”

“This a piece of the puzzle,” Reed said. “This is not going to be, obviously, the cure all across all areas of education of America, but there is definitely a need here. What they’re basing this on is evidence based on trauma, addressing those issues in students. But more importantly, it’s more of a whole approach to me.”