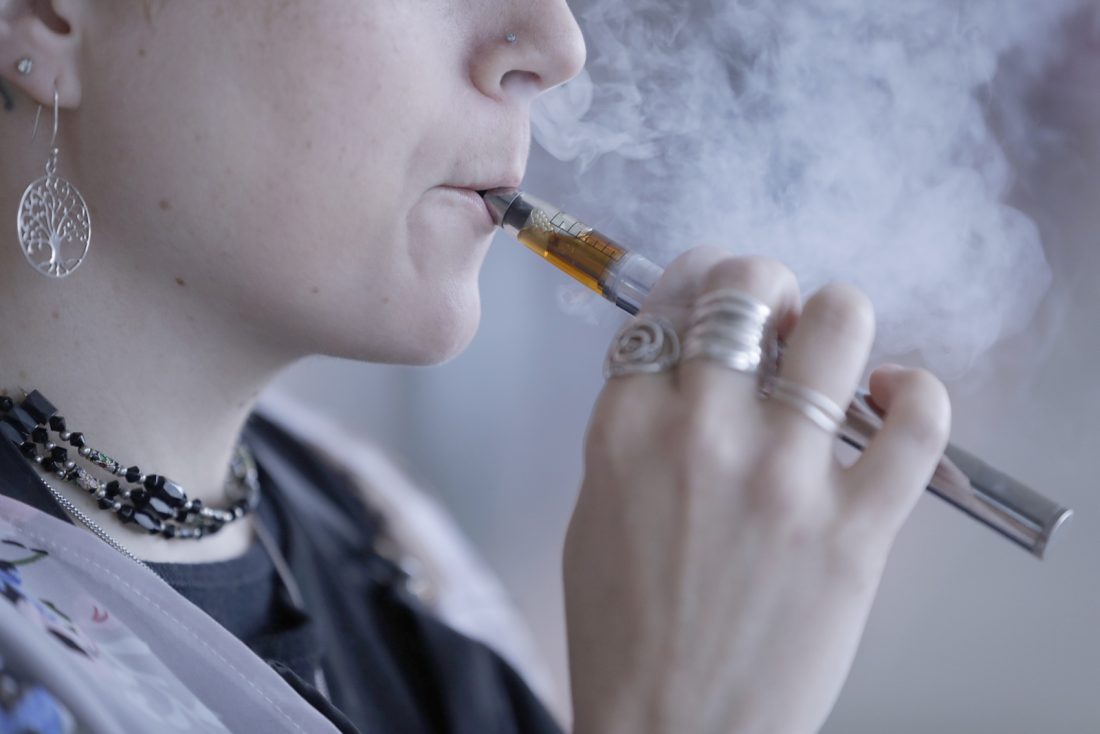 Members of the Chautauqua County Board of Health want to see New York state go further in its efforts to limit e-cigarettes.

The state legislation in question, A.47A/S.428A, could be voted on by the state Legislature next year. Sponsored by Assemblywoman Linda Rosenthal, D-Manhattan, the legislation would amend the state’s Public Health Law and prohibit the sale and distribution of flavored e-liquid for use in e-cigarettes. The bill was approved by the Assembly’s Health Committee in February by a 16-9 vote. It was then sent to the Assembly’s Codes Committee in April.

Local officials were also clear to point out that the emergency regulations passed by the state Public Health and Health Planning Council and then implemented by Gov. Andrew Cuomo have nothing to do with the vaping illness that has sickened 1,080 people as of Oct. 1 and killed 18 people.

“When somebody has bought the apparatus to do vaping, they’re not stopping at getting the other stuff illegally,” said John Tallet, Board of Health member. “As Dr. (Robert) Berke has said, the ones that have died are because they’re using other stuff in them, especially vitamin E oils mixed with THC.”

Christine Schuyler, county public health director, said the emergency regulations don’t mention THC or additives to e-cigarettes and are really an attempt to make use of e-cigarettes less attractive to young people. Both Schuyler and Tallet noted that emergency regulations were approved when fewer than 10 people died from vaping but that nothing had been done at the state level with hundreds of thousands of deaths attributed to cigarette smoking each year.

“Once again, there was no research done and no approval, so we have again a policy going out before science,” Schuyler said. “I can tell you vaping is a huge problem in our schools. Something’s got to be done. … What we’re seeing so much, especially with the kids vaping, is that they can vape right in school and no one knows they’re vaping. It’s not like pulling a cigarette out. If one person in this room smoked we’d all know it. Vaping isn’t like that. With (some vaping) you can smoke it right in your hoodie in class or in the bathrooms.”

According to statistics presented by the state Public Health and Health Planning Council and then repeated by Cuomo in a news release, flavors are largely responsible for the increase in use of e-cigarettes by youth and are a principal reason that youth initiate and maintain e-cigarette use. According to Department of Health data, nearly 40 percent of 12th grade students and 27 percent of high school students in New York state are now using e-cigarettes. High school use in 2018 (27.4%) is 160% higher than it was in 2014 (10.5%). At the same time, New York’s high school student smoking rate dropped from 27.1% in 2000 to a record-low of 4.3% in 2016.

Dr. Richard Berke, Board of Health member, said the e-cigarettes have taken away some of the unpleasant aspects of smoking cigarettes while still delivering addictive chemicals.

“The other thing you don’t have is the hot burning from the 1,000 different additives in the regular cigarettes,” Berke said. “You get a high dose of nicotine, which is highly addictive, then you have whatever else they’re smoking. They’re not using those things just to smoke bubblegum, I can guarantee that. That’s why you’re seeing these kids getting deathly ill because of the volatile oils and whatever else. This thing really heats them up and in they go.”

State officials also cited the marketing of flavors as a key strategy for youth. E-cigarette marketing highlights flavors such as mint chocolate, bubblegum and cherry cola, and creates a belief they are not harmful to users. In a 2017 survey of 15 to 17 year-old adolescents in New York state currently using electronic vapor products, 19% of the adolescents said that flavors were the reason that they first tried an e-cigarette and 27% said flavors were the reason for maintaining use. Studies also show nearly 78% of high school students and 75% of middle school students report being exposed to pro-tobacco marketing in 2016.

“How many years did it take for us to get where we are with nicotine and big tobacco and we are literally starting all over,” Schuyler said.