Success Academy Opens For Instruction: ‘It’s In The Name’

The Success Academy will open its doors today to students inside the former Rogers Elementary School building for the first time since 2012. Dr. Mike McElrath, Success Academy principal, spoke to The Post-Journal about the new school ahead of its opening. P-J photo by Jordan W. Patterson 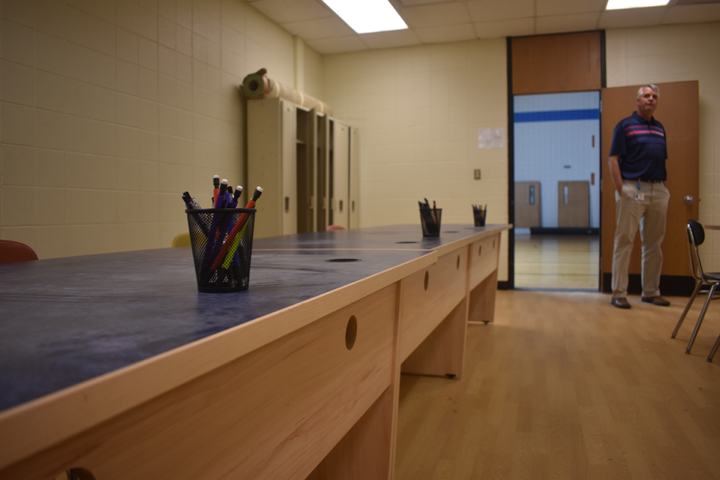 The Success Academy will open its doors today to students inside the former Rogers Elementary School building for the first time since 2012. Dr. Mike McElrath, Success Academy principal, spoke to The Post-Journal about the new school ahead of its opening. P-J photo by Jordan W. Patterson

Not since 2012 have students entered the former Rogers Elementary School building for instruction – at least not until now.

As anticipated, students poured into school buildings within the Jamestown Public Schools District for the opening day of the 2019-20 school year. But in a school building that was shut down and tasked with mostly storage duties for more than half a decade, the sounds of teachers instructing students had fallen silent.

But those sounds returned Thursday.

Under its new name and new purpose, the Success Academy opened its doors to Jamestown students.

Asked what the Success Academy’s goal is, Dr. Mike McElrath said “it’s in the name.” 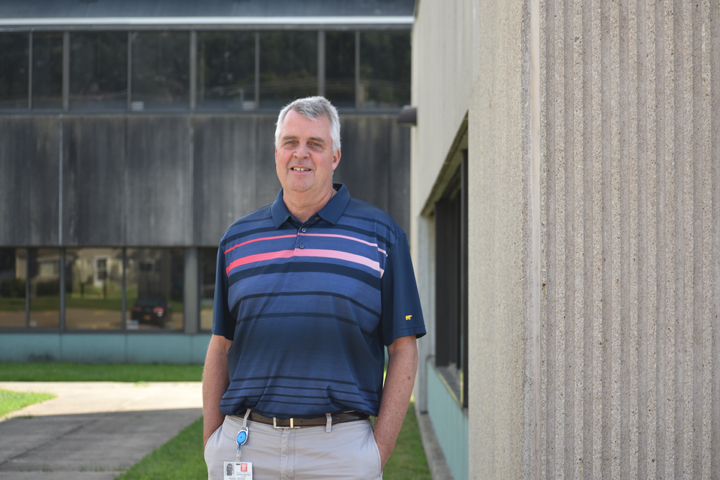 In its new life, the purpose of the building has been changed in order to be more supportive to the needs of students in grades 5-10. The grade range, student populations and coursework are moving targets, as the academy will likely be expanded after the district reviews the progress of year one of the new school. The addition of career and technical education courses was discussed in the early stages of the school.

Leading the newly formed school is McElrath, former Jamestown High School principal. During an interview with The Post-Journal ahead of opening day, McElrath said the school is a “more supportive environment” compared to other schools.

McElrath’s departure from JHS and his impending arrival at the Success Academy was announced in February.

He began officially July 1 as the principal of the Success Academy while helping Dr. Rosemary Bradley transition into the principal role at JHS.

The school is set to address a wide variety of issues among student needs including trauma, absenteeism, anxiety and others. With smaller class sizes and social services at the ready, school district officials are optimistic about addressing certain student needs.

Agencies like social services, mental health providers, counselors, job training and mentors can potentially be involved in offering help to students who are falling behind in school due to previous traumatic events. Currently, Chautauqua Striders and Jamestown Community Learning Council have an office at the school. McElrath said students will be linked with agencies as students come into the program as the school year continues.

“I think one of the big things we’re looking at is facilitating care coordination for the students and families,” McElrath said. “That’s a service a number of different agencies provide.”

McElrath explained that a care coordinator from a given agency would conduct home visits and make more deliberate connections to services. Through the Success Academy, he hopes as many families as possible can be linked to a care coordinator.

Additionally, transportation is being provided to every student, removing another potential road block for students attending school every day. It’s estimated that between 50 and 60 students will be in attendance in the initial weeks. McElrath said some students who show progress will likely go back to their home school. Others will likely be identified later in the year and then be transferred to the Success Academy, so the total student population of the school will fluctuate.

During the recent interview, the longtime Jamestown employee admitted that “starting from scratch” to create a new school.

Outside the Success Academy on Thursday, Apthorpe greeted students as they were dropped off to the newest addition to JPS. The third-year superintendent said the opening of the school is a career “highlight.”

“With the opening of the Success Academy, this really stands to be a national model of best practice,” Apthorpe said. “Where we take great teachers and partner them with community providers that support our kids.”

With McElrath’s more than 20 years at Jamestown, he said his primary goal right now is to lay a foundation for the Success Academy to be successful for a longtime.

“My goal is to help the district get this school up and running,” McElrath said.