Verna and Mike Angelo discussing the renovations done at their house, located at 19 Elam Ave., during a tour of the 11 houses along Elam Avenue that participated in the Jamestown Renaissance Corp. Renaissance Block Challenge program Wednesday. P-J photo by Dennis Phillips 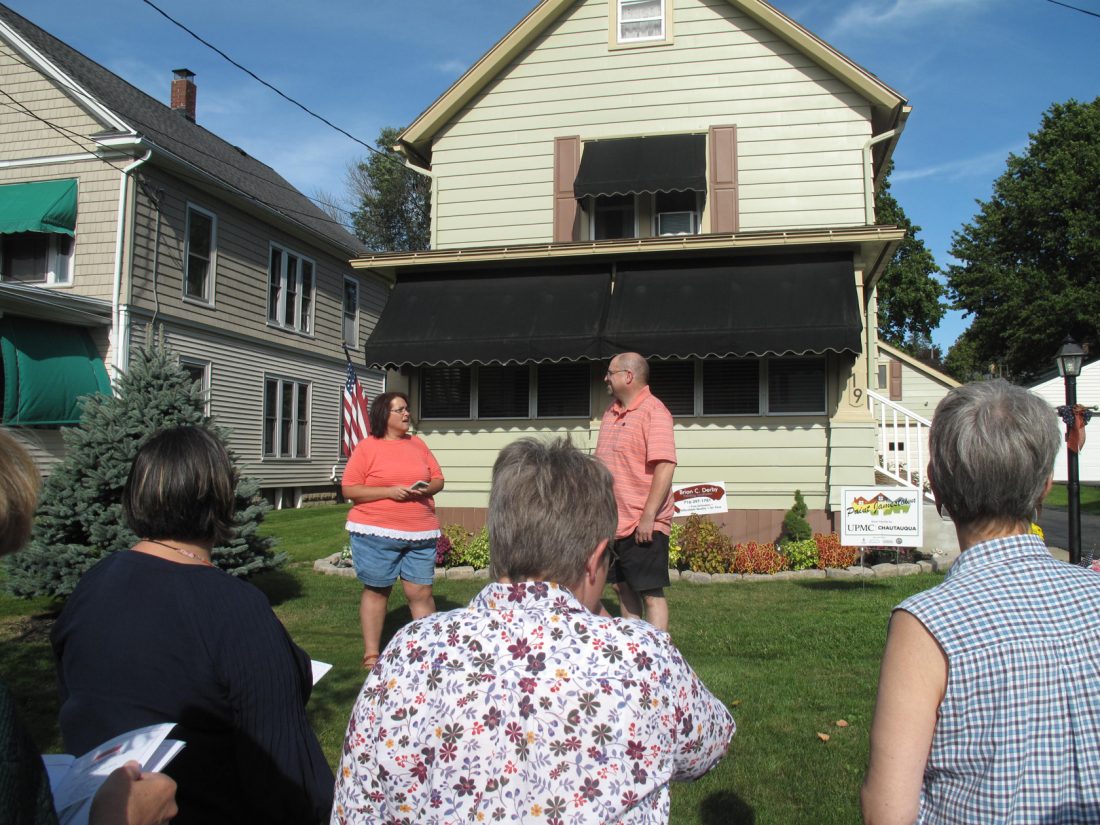 Verna and Mike Angelo discussing the renovations done at their house, located at 19 Elam Ave., during a tour of the 11 houses along Elam Avenue that participated in the Jamestown Renaissance Corp. Renaissance Block Challenge program Wednesday. P-J photo by Dennis Phillips

More than 50 homeowners will complete exterior home improvements on the east side of Jamestown as part of the Renaissance Block Challenge program.

The program has annually been operated by the Jamestown Renaissance Corp. since 2011. However, this year’s program was different as the JRC started Renaissance Block Challenge 2.0.

Following the completion of the 2017 Housing Market Analysis and Neighborhood Revitalization Strategy study, which was performed by czb LLC, the block challenge program has started to focus on four specific areas of the city for housing revitalization. The areas include the north side of the city around the Lakeview Avenue area along North Main Street; the west side around Fairmount, Hall and Livingston avenues; the south side around Hazeltine/Forest avenues; and the east side around Allen Park and UPMC Chautauqua along Foote Avenue.

For the first year of block challenge 2.0 it was decided by the JRC and community partners, which included Chautauqua Opportunities Inc.; Chautauqua Home Rehabilitation and Improvement Corporation; Chautauqua County Land Bank Corp.; the city of Jamestown; and local foundations, that the east side area around Allen Park and UPMC Chautauqua was selected as the first target area.

Property owners in the target area who wanted to participate in the block challenge needed to form a neighborhood cluster with a minimum of five property owners that can include homeowners, landlords and businesses. Each property was eligible for a match up to $2,000 to facilitate exterior home improvement projects. Projects funded in the program include painting, porch repair, soffit repair, sidewalk repair, new mailboxes, exterior lighting, front-yard landscaping, front doors/windows, driveways, driveway aprons and gutters. 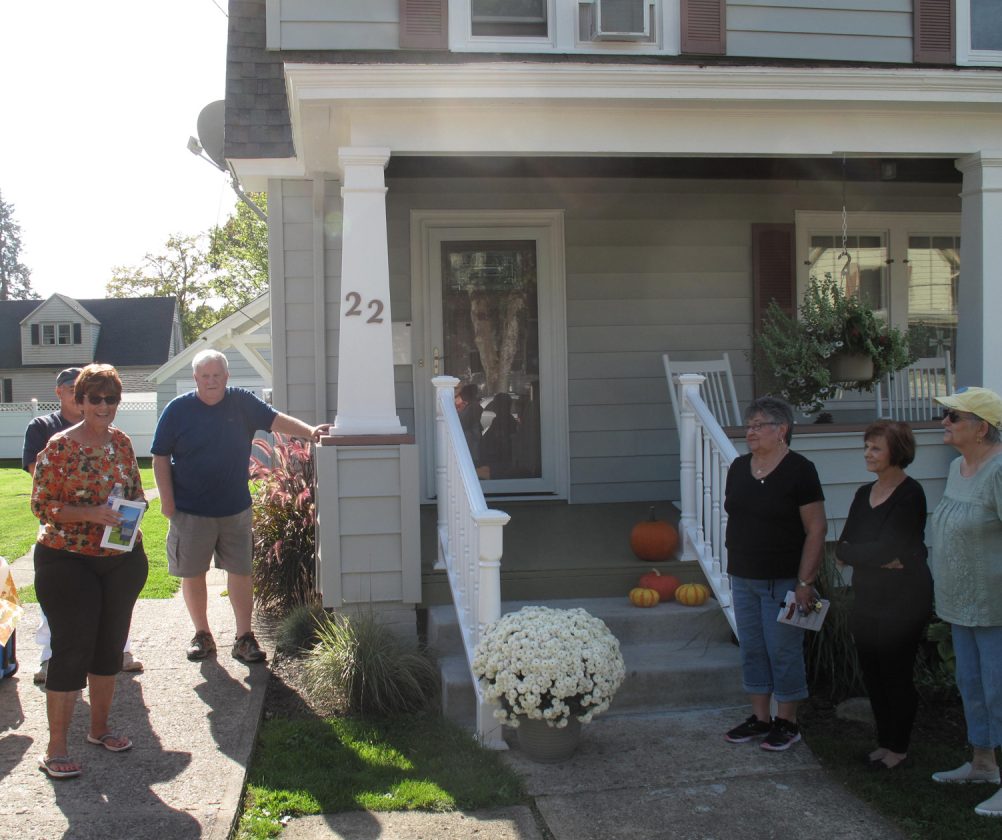 Aside from matching grant funding, participating homeowners have access to discounts from sponsoring hardware stores and garden centers as well as discounts on coordinated purchasing of materials, services and design.

On Wednesday, JRC officials hosted a tour of the Elam Avenue cluster, which had a 11 participants. Mike and Candace Berg, who live at 22 Elam Ave., had their house painted, a new driveway apron installed, 14 new sidewalks blocks added, new front steps and a new front door as part of the program.

“We maxed out on what we could get,” Mike Berg said.

Candace Berg said the neighborhood has become closer as they worked to improve their block. She said this year they had a block party, started a neighborhood watch and will have a holiday party this winter.

“We had a wonderful experience doing it,” she said.

“It’s important for us to be good citizens for the community,” said Brain Durnoik, UPMC Chautauqua president. “We want to give back to the Jamestown area. It makes sense to be a good corporate citizen.”

“I’m here to study from the master,” she said about Mary Maxwell, JRC neighborhood project associate.

Maxwell, who participated in the first year of the Renaissance Block Challenge in 2011 as a homeowner, heads the JRC program that during its first eight years has had 500 properties involved and more than $500,000 invested by owners and local foundations. She said this year’s program had four clusters, which also included Barker Street, Arnold and Walnut streets and a group know as the Allen Park group, which consisted of mainly houses along West Virginia Boulevard She said 54 houses participated in this year’s program from the four clusters.

Maxwell said the JRC has reopened the opportunity for other neighborhoods to form a cluster to participate in the program. She said an additional group from Linwood Avenue may also participate in the program. She added as another new aspect of the Renaissance Block Challenge 2.0 program, JRC officials won’t focus on different neighborhood blocks throughout the city each year, but will focus on just the east side of the city through 2022 before moving the focus to another area of the city.

Mike and Verna Angelo, who live at 19 Elam Ave., also participated in the program this year. Verna Angelo agreed with Candace Berg that the program is more than just exterior housing improvements. She added its a chance to know your neighbors and come together as a group.

“We’re more than (neighbors), we’ve become a family,” she said.

Funding for the Renaissance Block Challenge program was provided by the John Alfred and Oscar Johnson Memorial Trust and The Lenna Foundation, with support from the Chautauqua Region Community Foundation and The Ralph C. Sheldon Foundation.

For more information, contact Maxwell at 664-2477 or email mary@jamestownrenaissance.org.