On The Right Track

Jamestown Welcomes Students As They Return To School

Students began to pour into school buildings as more districts opened their doors to kick off the 2019-20 school year. P-J photos by Jordan W. Patterson 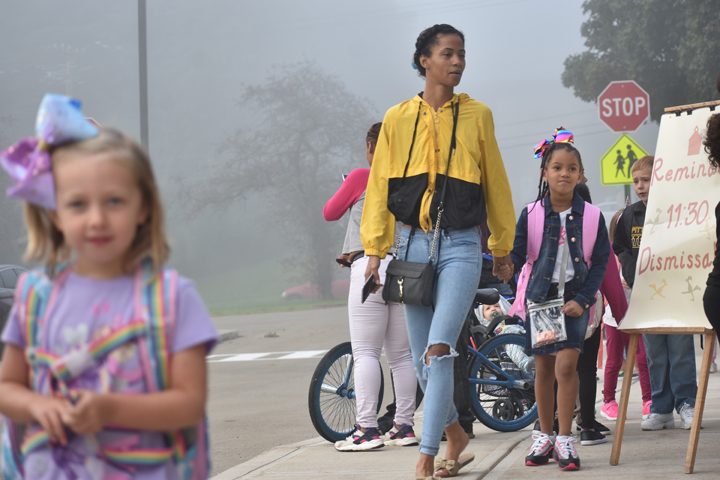 Students began to pour into school buildings as more districts opened their doors to kick off the 2019-20 school year. P-J photos by Jordan W. Patterson

In the Jamestown Public Schools District, Dr. Bret Apthorpe, JPS superintendent, was greeting students at various schools to kick off the year. Apthorpe, in his third year at Jamestown, said the first day of school still gets him excited to do his job.

“It’s terrific especially because we’re coming off the heels of (Jamestown schools) that made incredible improvements in student achievement,” Apthorpe said.

“There’s just so much positive energy there. It intrinsically feels, and the data supports this, that we’re on the right track and we’re moving things in the right direction. And that’s very exciting for me.”

At Ring Elementary School, students being dropped off and corralled into the front lobby early Thursday morning. Some students were returning, but others, the kindergarten students, were beginning the first year of many within the Jamestown school system. 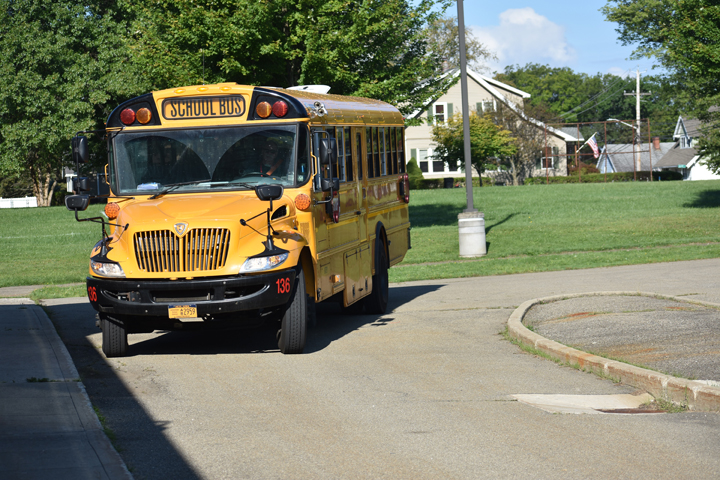 Apthorpe also enjoys the nickname that many of the younger elementary students have coined for him.

“It’s fun. I enjoy their nickname for me, ‘the Big Cheese’ because Apthorpe is a hard name to pronounce,” he said smiling.

He joked that to the older students his name is still “Dr. Apthorpe.”

Much like some of the first-year students, Apthorpe said Thursday could serve as “Chapter One” for Jamestown. With the opening of the Success Academy and the completion of an expanded summer literacy program, Apthorpe said the district will continue to improve. 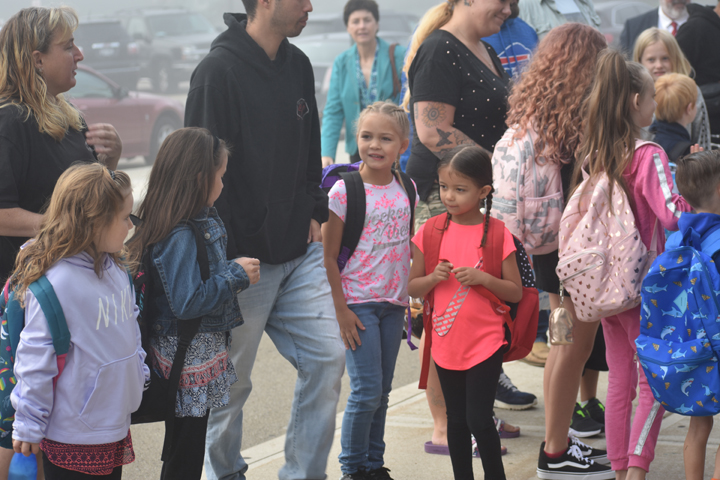 “It went great. It was very great first day so far,” Penhollow said.

The district recently changed pick up and drop off systems at each of its school buildings. Families were notified ahead of time and maps were handed out to those who attended the open house Wednesday.

Penhollow, who is in his 10th year as superintendent, greeted students who were being dropped off at Temple Elementary School on Thursday.

“Whether it’s the first year or last year, starting school is always a neat time for kids and school districts,” he said. Penhollow said the district’s current focus is the ongoing $23 million capital project that has brought the creation of the all-weather field to the high school. The field is completed, but the track will likely be done by October.

Penhollow, who has 31 years of experience in the school system, said seeing students leap of the bus on the first day is “always amazing.”

“The kids were excited and the staff was ready. We’re just ready for a great year,” Lictus said of his outlook on the school year.

Panama recently purchased bus-routing software and “tweaked” its routes ahead of opening day. He said after the first day, that suffered no “major” issues, the routes will likely be adjusted again, which is common for school districts.

“I think, like all schools, we could use some more bus drivers,” Lictus said.

He noted that a bus driver position will be advertised as the district attempts to add the needed employee. Despite being one driver less than last year, Lictus remained confident in Panama’s ability to bus students.

“I’m confident students are getting to and from school in a safe manner,” he said.