In Need Of Help

Shawn Shilling, president of Jamestown Professional Firefighters Association IAFF Local 137, speaks to a reporter Monday after releasing a statement on behalf of the union criticizing city officials over staffing policies. The department has 50 active firefighters. P-J photo by Eric Tichy

A city firefighter pictured at the scene of a fire in August. P-J file photo by Eric Tichy 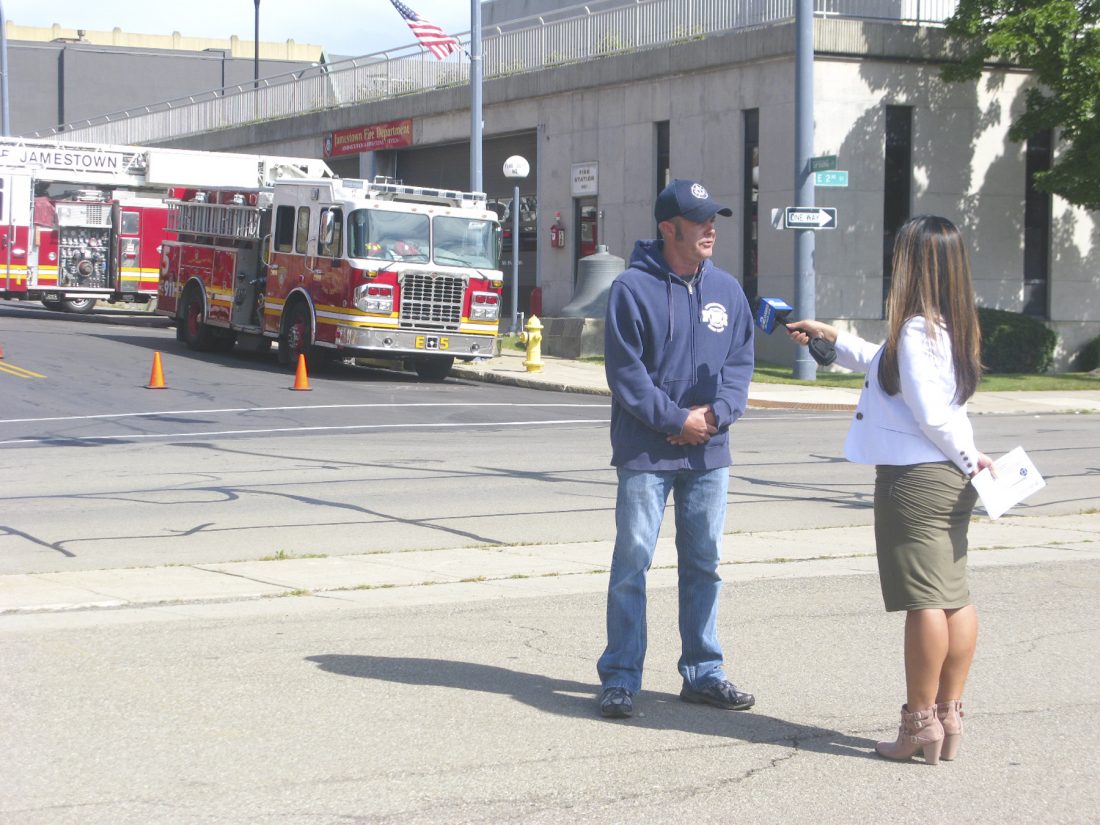 Shawn Shilling, president of Jamestown Professional Firefighters Association IAFF Local 137, speaks to a reporter Monday after releasing a statement on behalf of the union criticizing city officials over staffing policies. The department has 50 active firefighters. P-J photo by Eric Tichy

“We want to tell the citizens of Jamestown that after two decades of this mayor’s administration that they need to understand the increased risk that they are under due to his staffing policies and his management policies and how he operates this fire department,” Shilling told reporters in front of Station 1 at the Jamestown Municipal Building. “We are understaffed — we are not properly staffed.”

Local 137 released a statement early Monday listing its grievances against Teresi and the city. Since 2009, the union said the number of calls in the city have “steadily increased” while the number of firefighters available to respond have been reduced.

Shilling cited data from the National Fire Protection Association that calls for minimum staffing levels when responding to fires and other emergencies. He claims the mayor has not been meeting those standards. 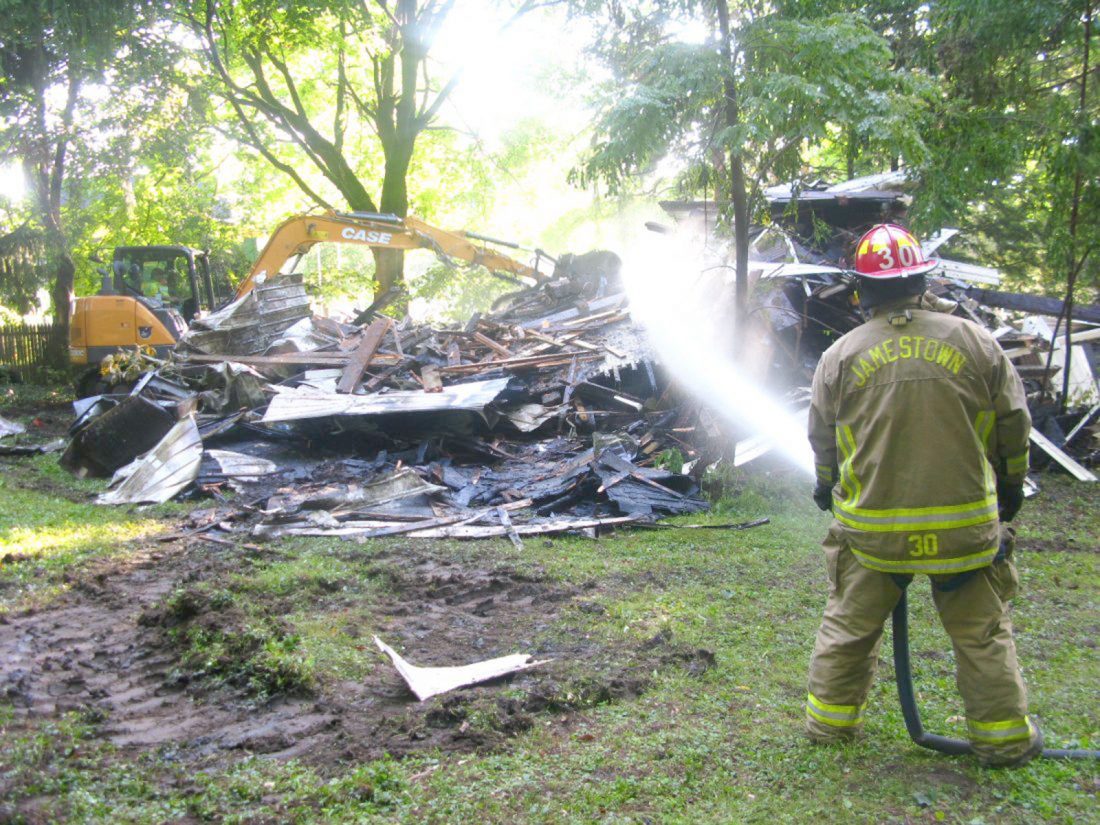 A city firefighter pictured at the scene of a fire in August. P-J file photo by Eric Tichy

“The lack of commitment by Jamestown officials to properly address the minimum NFPA standards as well as failure to address the increase of emergency ambulance requests continues to be a major liability for the city and places our citizens at even more rise,” Shilling said.

Teresi, when reached Monday, said he does not engage in “contract labor negotiation and personnel matters involving any collective bargaining unit out in the public domain.” City firefighters have been without a contract since 2016.

Of particular note Local 137 brought up was the staffing of the department’s ambulance and ladder truck, both of which are kept at Station 1. The union said there isn’t enough manpower to run both vehicles at once — meaning if the ambulance has responded to an EMS call, the ladder truck becomes unavailable.

An increase in the number of EMS calls in the city has forced the fire department to use its ambulance more frequently, Shilling said. That’s despite Alstar, which provides EMS coverage to the city and other towns and villages throughout the county. When Alstar is unavailable or out of service, the fire department is tasked with using its own ambulance and staff.

In 2018, the fire department responded to 5,528 total calls, which included structure fires, EMS calls, car crashes and requests for service. That was an increase from 5,159 calls in 2017.

Firefighters handled 4,392 EMS requests last year. Of those responses, 532 patients were transported by the city’s ambulance.

“This union has consistently asked, “How can we help? How can we solve the problem of understaffing?’ Shilling said. “We have been met with silence or resistance.”

When concerns over staffing the ambulance and ladder truck have been broached to department management, “We’re told there is no problem, that there is no crisis,” Shilling said.

Shilling said Alstar and the fire department work collaboratively, with firefighters routinely responding to calls in which Alstar handles transportation. However, he said Alstar has been “scaling back that availability, which pushes all those calls unto us.”

In May, members of SEIU Local 200United, the union representing Alstar emergency medical technicians and paramedics, held an informational picket outside UPMC Chautauqua to lobby for an increase in pay wages and staffing.

“Our goal today is raise public awareness to the staffing shortages that are in Chautauqua County,” Snyder at the picket. “Since UPMC has taken over, they’ve been unwilling to try and negotiate a competitive livable wage. … Our staffing has just been eroded.”

Shilling said in addition to meeting minimum staffing requirements — the department has nine members on duty at a time while the union would like to see 13 to 15 firefighters — he would also like to see all four fire stations staffed around the clock. Stations are located at the municipal building and on Newland Avenue, Allen Street and Fairmount Avenue.

“I don’t want to panic the public,” Shilling said. “I want the public to understand that with the mayor election coming up they should pay attention and listen to the candidates and select the candidate that can best serve you as a citizen of the city.”

The union has not publicly endorsed a candidate for mayor; Shilling said anyone seeking the office is welcome to come and speak to the members.