Dr. Rosemary Bradley, the new Jamestown High School principal, is gearing up for her first year in her new role. Bradley was appointed to the position in May. P-J photo by Jordan W. Patterson 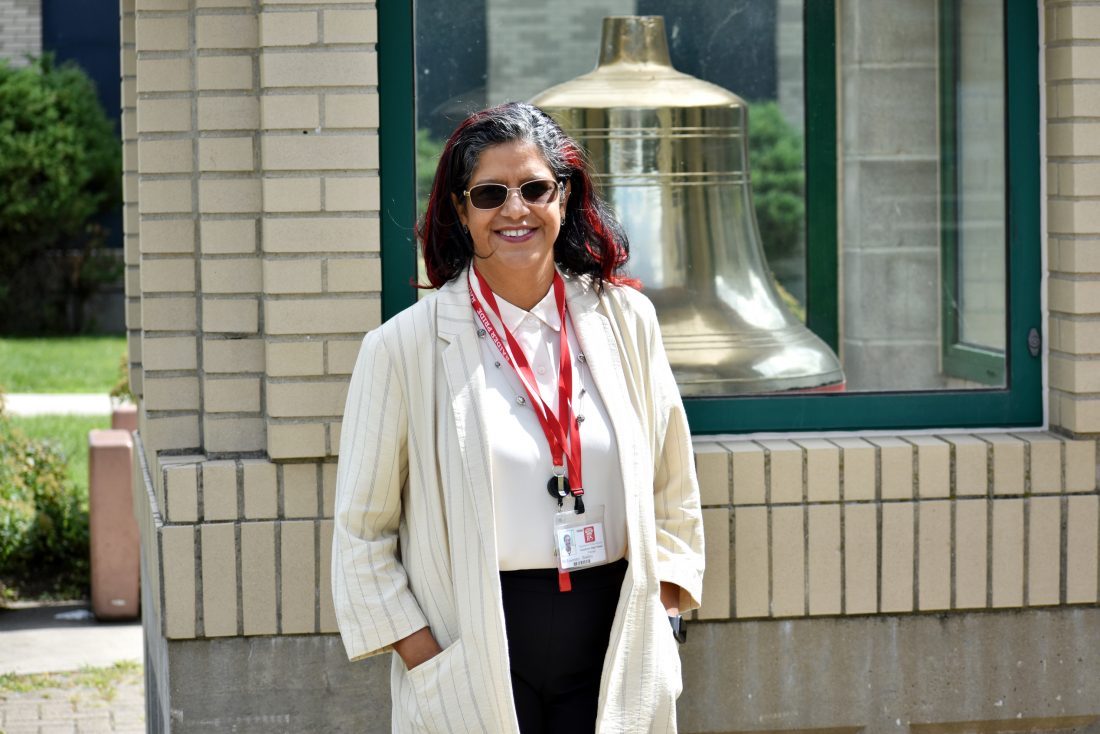 Dr. Rosemary Bradley, the new Jamestown High School principal, is gearing up for her first year in her new role. Bradley was appointed to the position in May. P-J photo by Jordan W. Patterson

Jamestown High School’s principal believes her new job is the role of a lifetime.

Asked about her long-term plans at Jamestown, Dr. Rosemary Bradley, standing on the front steps of the high school entrance, made it clear she would be there for awhile.

“This is the job that I have been waiting for all of my life,” Bradley told The Post-Journal.

In May, Bradley was appointed as the new building principal at a Jamestown Public Schools Board of Education meeting. Then, she said her goal was to begin building relationships. Since effectively beginning her tenure July 1, she has in fact begun that process.

“It’s wonderful. I have been embraced with open arms. Everybody has been just welcoming and supportive,” she said. “I have joined a wonderful team of people. I’m really very impressed.” 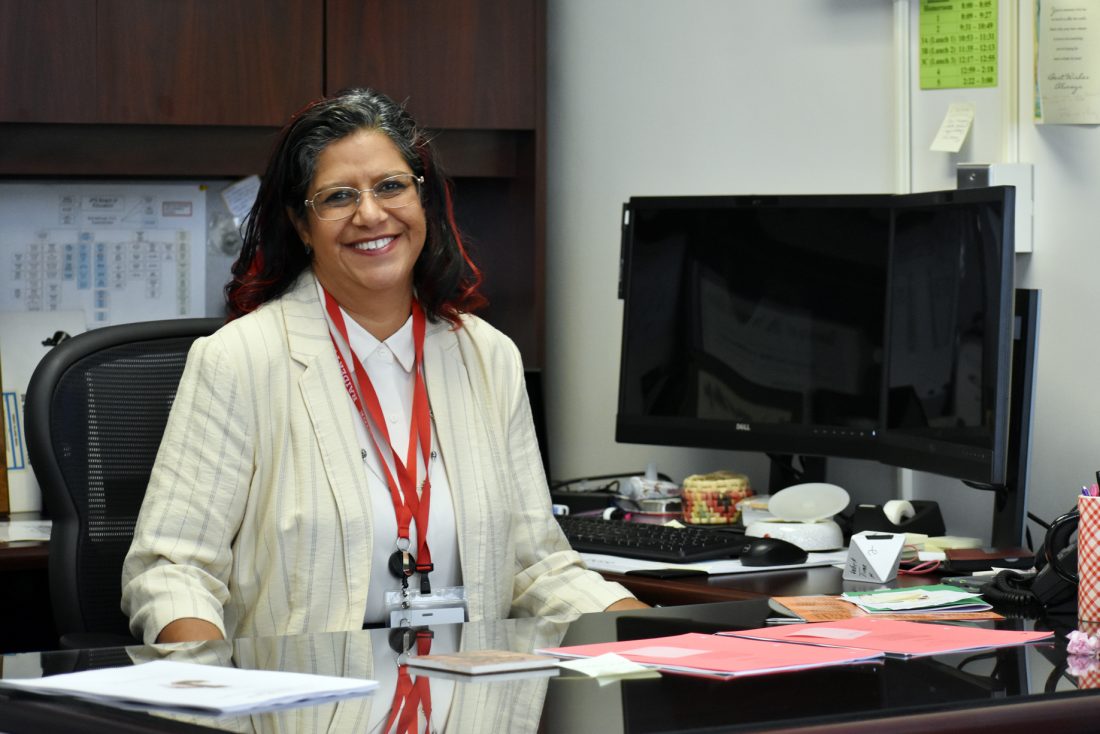 Bradley previously worked at BOCES in Sullivan County and has a background in education spanning 23 years.

Bradley was a science teacher for 19 years in grades 6 to 12 in the Rochester City School District. While at Rochester City Schools, she was also a curriculum writer for ELA and science, served as a literacy coach and new teacher mentor, and helped facilitate professional development for staff.

“Her wide-ranging educational experience, passion to see all children succeed both academically as well as socially and emotionally, combined with her enthusiasm to engage families and community, makes her a perfect fit to lead Jamestown High School,” said Dr. Bret Apthorpe, Jamestown Public Schools District superintendent.

Bradley received her doctorate in Educational Leadership from the University of Rochester, master’s degree in Secondary Science Education from the SUNY College at Brockport and her bachelor’s degree in Cardiorespiratory Sciences from Stony Brook University.

Sitting in her new office in the Second Street building, optimistic about her new opportunity, she discussed what she noticed upon taking her job compared to her long career.

“Education is a funny thing. It is often people working in silos and people just being very isolated and being individual,” Bradley said of her experience. “Certainly, education is getting away from that and I have found that, whether it be as a teacher or as an administrator, sometimes people are just looking at their own work because it’s so busy. It’s so much work, you just focus on yourself.

“What has become very evident is this community in Jamestown schools is full of people who are not just working at their own plate of what they got,” she continued. “They are really looking at (how) their work … fits into a bigger picture.”

In February, high school principal McElrath — who served in the role for eight years — was named leader of the Success Academy. The academy is housed in the former Rogers Elementary School. McElrath, according to Bradley, assisted her through meetings and many phone calls over the summer as she transitioned into her new role.

“He has been instrumental,” she said.

She noted that she will be likely participating in student-related events like Penny Wars and Battle of the Classes as her predecessor did.

As for making connections, Bradley has been intentional about reaching out to staff members, but she maintained that she had much more work to do. The entire school year will be comprised of her earning the “trust” of the community, she said.

Before taking the job, she knew just from the interview process just what she was potentially getting into.

“The tone of the questions and the responses that they gave was positive, it was affirming,” she said. “The tone was extremely progressive thinking and transformative and really pro-kid. They were really interested in doing what’s right for students. It was a green flag, not a red flag, saying that this was a great place to be.”

While Jamestown, an urban setting, is placed among rural communities, Bradley said the city aspect drew her here. She was born and raised in the Bronx and taught for nine years in Rochester.

“That urban component, that urban perspective, is really second nature for me and I feel very comfortable here,” she explained.

“It’s been really, I think, providential that this community needed a new principal and I really needed a community like this and a school to be a principal of,” she said. “Some may say the stars aligned, but I say the path was set for me to be here.”