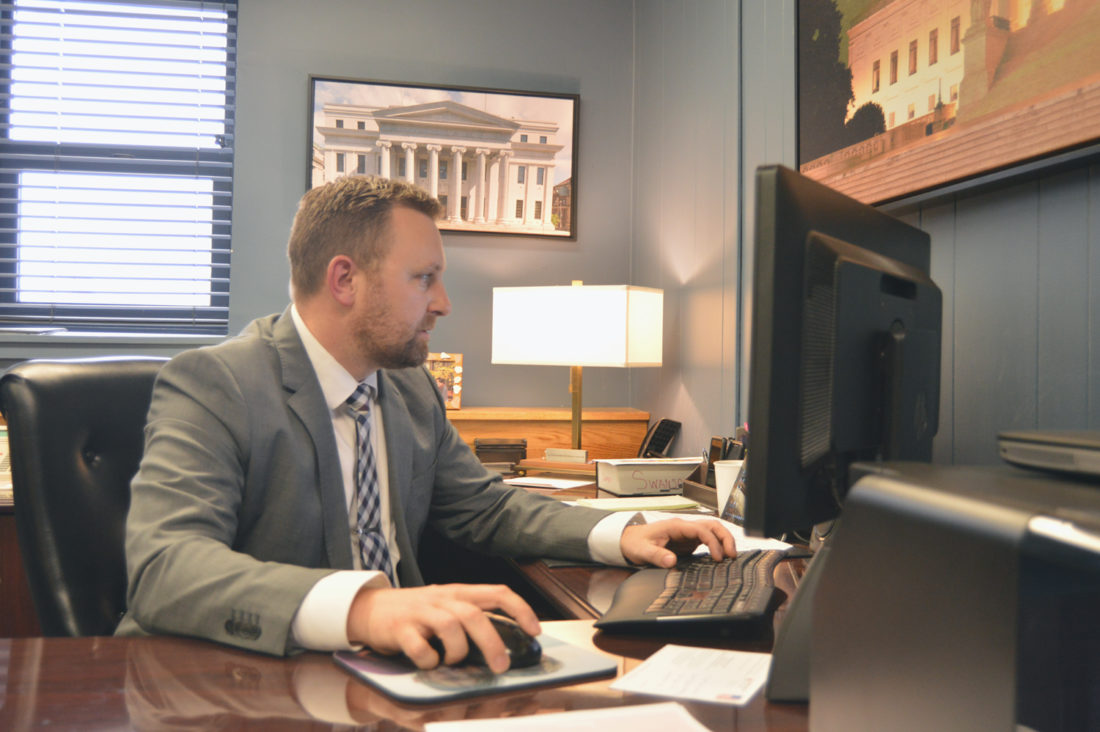 That will almost certainly be the case in Chautauqua County, where District Attorney Patrick Swanson said new rules regarding discovery will place further burdens on an already small office compared to other counties of similar size and caseloads. Swanson hopes to educate members of the state Senate Codes Committee — and eventually local county legislators as budget preparations are underway — on the effects of the upcoming changes when he testifies Monday in New York City.

The DA has put forth a budget that calls for the hiring of an additional assistant district attorney, a paralegal (none are currently employed) and a part-time investigator. In 2017, Swanson asked his office be increased by five attorneys over four years in an effort to reduce the number of cases each attorney in his office must handle.

The extra help is sorely needed, Swanson stressed. According to statistics by the state Division of Criminal Justice Services, attorneys in the DA’s office handled on average about 299 cases each in 2018, which ranked the most of any county in the state.

“We’re doing the best we can with the numbers we have,” Swanson told The Post-Journal. “We have a great staff. We just need more.”

“Chautauqua County had the highest caseloads in the state last year,” Swanson said. “With the new criminal justice changes coming Jan. 1, I have concerns that my office is not funded/staffed to manage the changes.”

Indeed, Swanson said new rules on discovery, in addition to bail reform and speedy trials, will place additional work on prosecutors across the state. Starting next year, DAs will be required to turn over all their evidence within 15 days of arraignment. Currently, discovery is required before a trial starts.

“I need to advocate for the office and explain how severely behind we are,” Swanson said. “These new rules are only going to exacerbate this.”

While Swanson said turning over evidence is an important part of the criminal justice process, he said the collection of materials — which can include police reports, 911 records and body camera footage — takes time to compile.

“That all takes weeks, months even,” said Swanson, pointing out that new discovery rules will also affect local police departments that will be required to gather evidence to turn into prosecutors. “Police will struggle to keep up as well. There’s all the radio runs, 911 calls and body cameras that takes time to upload. All of this has to be done in 15 days. … That’s a big ask with a bigger caseload than any other county. That’s what we’re going to be dealing with in January.”

Oswego County finds itself in similar waters. In 2018, the county (with a population of 117,898) saw 743 felony charges and 2,888 total arrests. In terms of cases per attorney, Oswego ranked the second highest (289) behind Chautauqua (299) of all counties in the state.

There are currently eight full-time and two part-time assistant district attorneys in Oswego. As is the case for Swanson, Oswego County District Attorney Greg Oakes said staffing has placed pressure on his office to do more with less.

“The high caseload prevents prosecutors from providing all victims with the attention that their case deserves,” Oakes told The Post-Journal. “We are under tremendous pressure from the courts to move cases quickly, which means we simply cannot spend sufficient time on every case. We triage cases and give priority to the most serious cases, trying to get the best possible outcome with the limited resources we have.”

In 2017, Oakes asked his legislature for two additional prosecutors. In response, lawmakers called for a public safety study by CGR in Rochester, which established a comprehensive plan that “examined all aspects of the public safety system, i.e. DA’s office, Sheriff’s Office, probation (and) courts,” Oakes said.

“The prosecutors in my office are already overworked given present caseloads,” Oakes said. “We need to drastically increase our staffing levels if we are going to comply with all of the new obligations and expectations being put in place next year.”

With discovery, Oakes said he, too, has issues with the legislation. He pointed out that certain information, such as some 911 recordings, are “not vital to the case.”

“For a standard petit larceny at Walmart, the defense does not need to know what time officers were dispatched, what time they arrived at the store, and when they cleared the scene,” he said. “Defense attorneys have outright told me that they don’t need or want that information. Nevertheless, we will have to provide that information, so the 911 center will have to spend time and resources producing that information rather than responding to emergency calls. Prosecutors will have to spend time and resources reproducing and providing that material so it can simply sit in a defense attorney’s file and never be reviewed.”

As a better option, Oakes said the statute could have been written so that pretrial discovery is provided within 30 days for those being held in jail, and 40 to 65 days for those not in custody.

“Rather than spending our limited time consulting with victims, evaluating our cases, and trying to resolve cases fairly, prosecutors will now be forced to spend already strained resources on gathering and redistributing information that has limited evidentiary value simply so that we can check that box.”

Swanson will be one of several district attorneys to speak Monday during a hearing of the Codes Committee regarding the implementation of discovery reform passed along with the state budget. The hearing, to be held in Manhattan beginning at 10 a.m., is designed to “ensure stakeholders provide input on the best ways to implement discovery and other pretrial reforms to accomplish the goals of the new legislation.”

Said State Sen. Jamaal T. Bailey, chair of the Codes Committee: “This session proved to be historic with the various reforms that were passed. The set of reforms included a pivotal change in the criminal justice system. We are now tasked with ensuring that the implementation process is effective and fulfills the intent and purpose of the new law. These hearings are necessary in order to achieve a fair system for all parties involved and provide an opportunity to voice the best methods for implementation.”

Swanson said he will use his time before the committee to relay concerns he has, as well as those from the District Attorneys Association of New York, of which he is a member of the board of directors.

The DA said it will be up to county legislators whether he receives the additional staff. He has already provided a budget to the county executive, who then releases them for review to legislators.