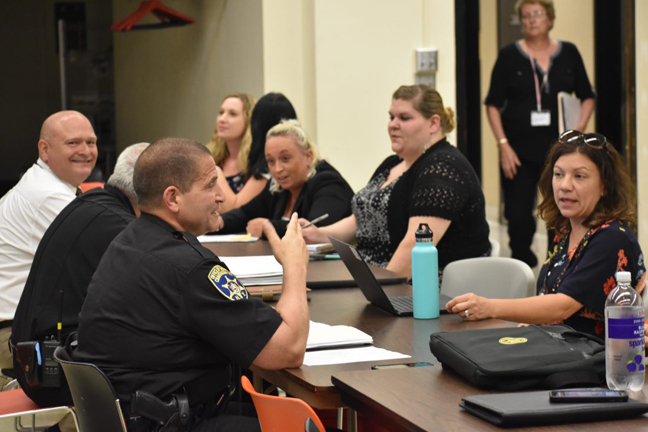 “We are in the state of the unknown,” said Chautauqua County Sheriff Jim Quattrone on bail reform.

Quattrone and Chautauqua County District Attorney Patrick Swanson have both raised their own concerns at the June and July meetings regarding the implementation and ramifications of bail reform.

Quattrone said he believed that by the Nov. 6 meeting, counties across the state would have more answers on how the local criminal justice system is supposed to implement the changes.

Under the new law, passed by the state Legislature, most charged with misdemeanors and non-violent felonies will be released under supervision and issued appearance tickets.

Included in the New York state executive budget were the changes to the court system. Mainly, the range of crimes that a judge can set bail was diminished. Swanson said state legislators narrowed the violent offenses on which the District Attorney’s Office can apply for bail.

With the expansion on who qualifies for bail, the Chautauqua County Jail will likely house less individuals awaiting sentencing. Additionally, those who would typically be under county supervision during their pre-sentencing will now be available for bail.

However, over the summer months, state legislators introduced legislation that would provide more discretion for judges throughout the state.

Quattrone believes that while the jail population will decrease at first once the law goes into effect, it will likely spike afterward. He estimated that by next summer, he would have to use a “warrant squad” to track down the people who were granted release but failed to show up for court.

However, during this week’s meeting — which also went into jail programming and reentry services for inmates — Quattrone attempted to look at any positives of bail reform.

“We’ve done a lot of complaining about bail reform,” he said.

Quattrone pointed to the fact that with less inmates, at least in the fist several months, the jail would be able to better manage each individual.

In other news, the council discussed, as it has at the previous two meetings, about the direction of the committee. Patrick Johnson, SUNY Fredonia professor, Quattrone and Christine Schuyler, Chautauqua County public health director, discussed the potential of focusing on restorative justice and even potentially re-branding the committee.

The council will next meet on Wednesday, Nov. 6, when a chairperson is likely to be considered after the position has remained vacant for several months.