‘Concerned For My People’

The Clymer Central School Board held its first run of interviews for the interim superintendent position after Superintendent Ed Bailey announced his resignation last week. The resignations of former board member Amanda Stapels and Principal Corey Markham were accepted at Tuesday’s meeting. P-J photo by Jordan Patterson

The board is currently interviewing candidates for an interim superintendent and has 90 days to fill its board vacancy. P-J photo by Jordan W. Patterson 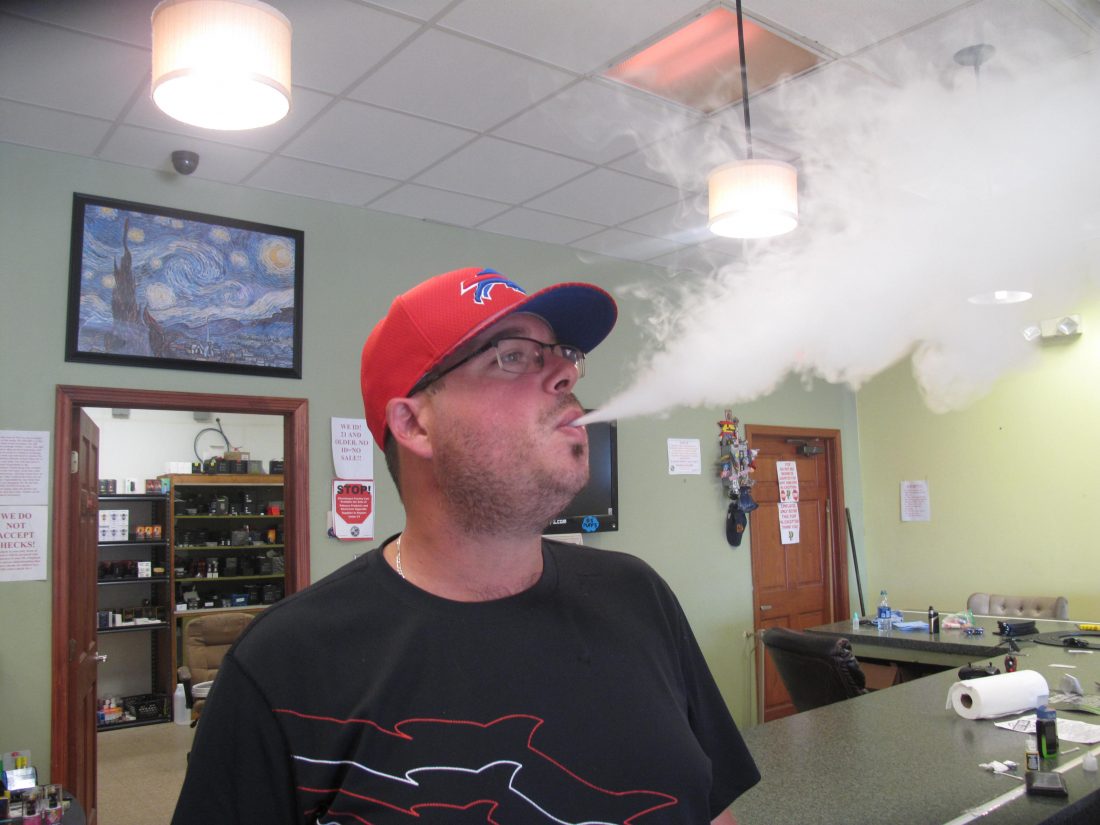 As health officials investigate what might be causing hundreds of breathing illnesses in people who use e-cigarettes and other vaping devices, owners of vapor stores are left in limbo.

Gov. Andrew Cuomo proposed a ban on flavored vaping products Sunday. The state’s Public Health and Health Planning Council approved emergency regulations Tuesday to ban the sale of flavored e-cigarettes and nicotine e-liquids. Brian Ellis, Yeti Vape vice president. said he testified in front of the council from Buffalo as the meeting was teleconferenced from four locations throughout the state. Ellis said Yeti Vape has five locations in New York state, with three in Erie County and two in Chautauqua County, with one store located at 607. W. Third St., Jamestown.

“My issue with this is it’s the illegal THC cartridges,” Ellis said about those becoming ill or dying. “I’m sorry to hear about anybody having to deal with illness or loss, but it’s not what we sell.”

According to The Associated Press, the new rules come as health officials investigate what might be causing hundreds of serious breathing illnesses in people who use e-cigarettes and other vaping devices.

They have identified 380 confirmed and probable cases in 36 states and one territory, including six deaths. 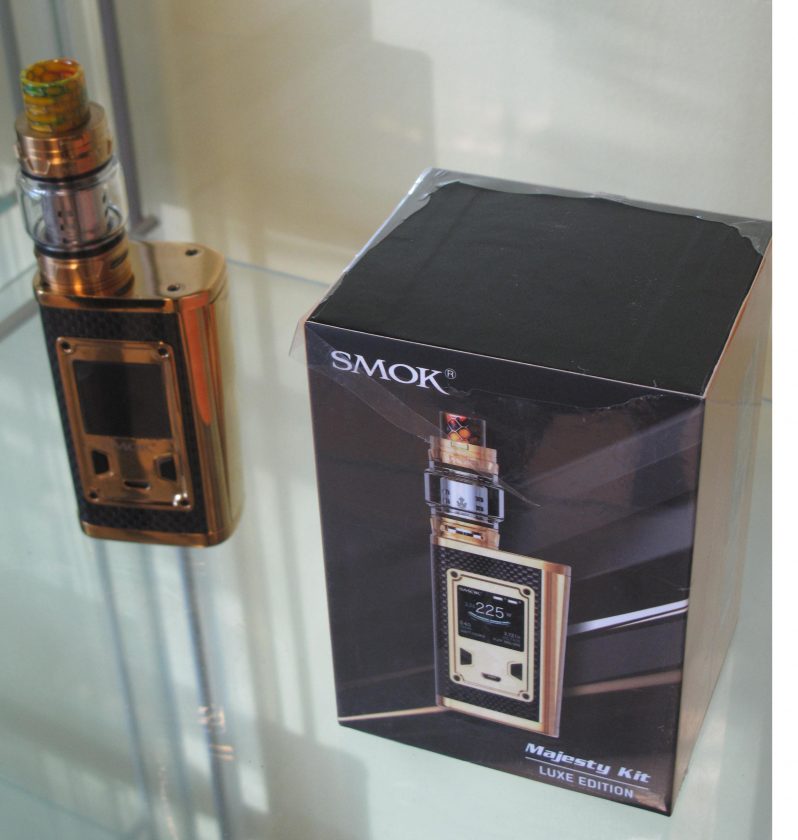 Most of the people who have fallen sick say they vaped products containing THC, the high-producing ingredient in marijuana. New York permits only medical marijuana use, with the drug sold at licensed dispensaries, not smoke shops. So far there have been no reports of adverse effects from the vaping devices used in the state’s medical pot program.

“I have so many thoughts about this. I’m so flustered,” said Mike Martinelli, Big Puff’s Vapor Store owner. “I’m full of rage over this. I’m not happy with this. You can’t tell grown adults they can’t do something. This is the U.S.”

Martinelli, whose business is located at 1310 Washington St., Jamestown, thinks it’s “ludicrous” that flavored vaping products are being targeted by state and county lawmakers while alcohol and tobacco products are available in several flavors.

“Thirty thousand people die every year from alcohol and it’s readily available in candy flavors, and every other flavor imaginable,” he said. “Four hundred and eighty thousand people die from tobacco yet it’s readily available in every flavor. There are around 400 cases, but they don’t know if the problem is with vaping products. Ninety percent of the cases are from THC cartridges, not mom and pop vape shop products. This is not about saving 400 people. If it was they should be considering a ban on alcohol and tobacco.”

“Tobacco and menthol are just flavors like strawberry is a flavor. (My customers) understand it’s not candy,” Martinelli said. “I know my customers. There have been zero incidents of anyone getting sick in the five years since Big Puff’s has been open.”

Martinelli said he has around eight employees and he doesn’t know what the impact of banning flavored e-cigarettes would have on the number of workers he can employee.

“This is going to effect them. I’m more concern with my people than the business,” he said. “I don’t want to see something happen to where their lives are uprooted.”

Retailers will be given two weeks to remove flavored vaping merchandise from their shelves.

Cuomo also directed the State Police and state Health Department to immediately partner to ramp up enforcement efforts against retailers who sell to underage youth, with the possibility of criminal penalties, in addition to announcing that he will advance legislation to ban deceptive marketing of e-cigarettes to teens and children.