A Delight To Meet

From left, Lory and Angie Muscarella pictured in the late 1990s. Submitted photo 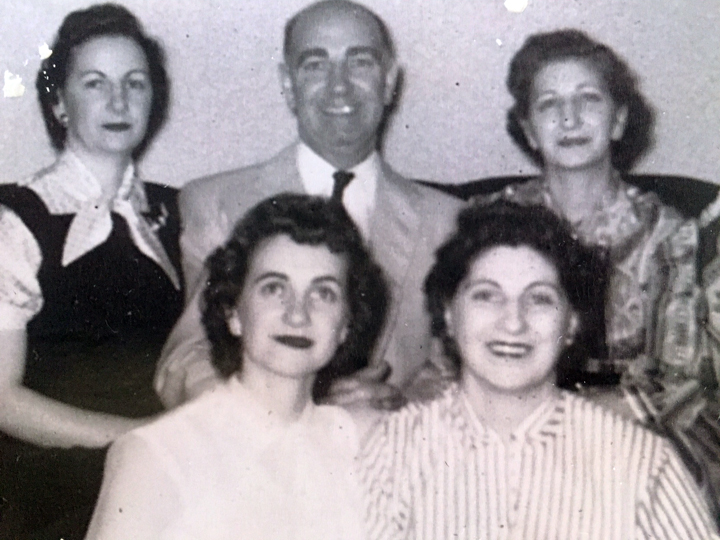 A positive attitude and a fun, upbeat personality makes Angie Muscarella, 93, a delight to meet.

“I’m really a happy person and I like to make people laugh and they can laugh at me.”

The nonagenarian was born in Silver Creek, New York on Feb. 3, 1926, the youngest of five children and the only one to be born in a hospital. She had three sisters and a brother.

“We were so close, my sisters and I. We were like best friends. We just loved one another,” she said. “They were 4, 8 and 12 years older than me. We got together every Sunday after we were older.”

Toys were few and far between, especially for the youngest of a large family. 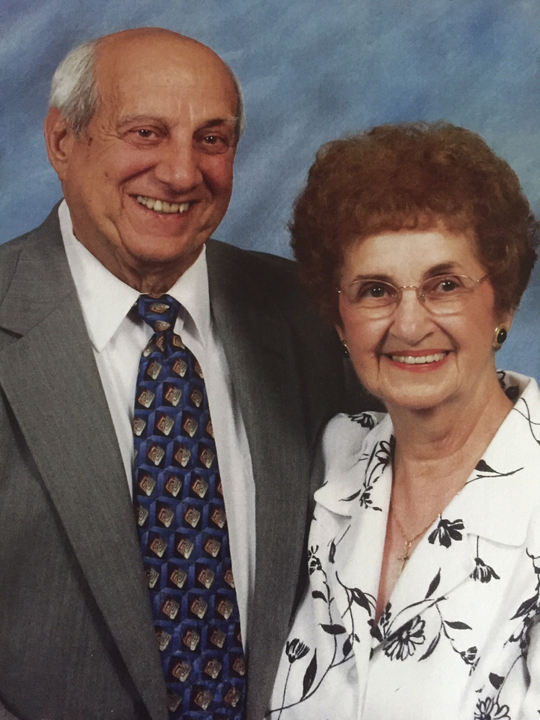 From left, Lory and Angie Muscarella pictured in the late 1990s. Submitted photo

“I had one doll with a broken leg and I loved her. I used to call her Annie. My little Annie.”

Her toys were very basic, forcing her to use her imagination. She played with marbles, jacks, clothespins, sticks and cans.

“We would slam our feet on empty cans and they would bend around our feet,” she reminisced. “We would play outside for hours. When the lights came on, we had to go inside.”

Her father had a difficult job in a foundry. Her mother stayed home with the children with the exception of a few hours worked in a cannery in the summer months.

“My father always had a garden. He would grow a little bit of everything,” she remembers. “He would put mature carrots in a bushel basket of sand in the basement. We always had fresh carrots.” 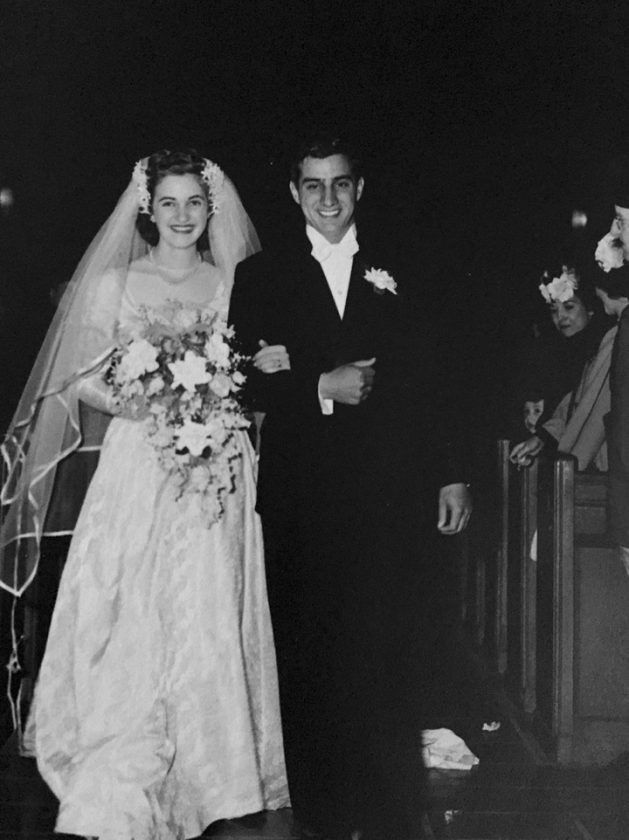 “My mom canned peaches, pears, chili sauce, tomato sauce, berries, cherries and we all had to help. We had to have a lot of stuff down in that basement to feed all of us. We were so loved. My mom and dad really loved us.”

She attended Our Lady of Mount Carmel from first through eighth grades in a class of eight students who were taught by nuns. By the time she graduated from Silver Creek High School in 1943, her class had grown to about 45 students. Her first job after high school was in a “war plant” in her hometown where she worked on small parts for airplanes used in World War II.

“I wasn’t Rosie the Riveter, but I was helping to make parts for the planes.”

She left the job after a year to work in the payroll department at Cease’s Commissary in Dunkirk where warm food was prepared for the war plants in Buffalo.

“They called me the Payroll Mistress.” 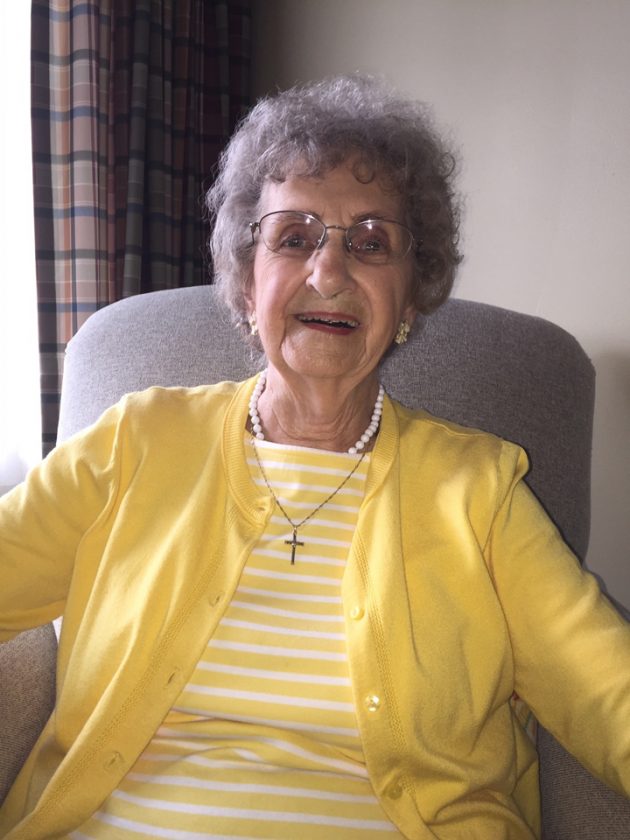 She lived in her parents’ home until she married Lory Muscarella on June 1, 1946.

“Monseigneur O’Connor baptized and married me.”

Her groom had returned from nearly three years of service with the United States Navy where he had been a gunner and radio dispatcher on a B-24 while stationed in the Philippines. He was awarded the WWII Victory Medal, American Campaign Service Medal, Asiatic Pacific Theater Medal, Philippine Liberation Medal and the Flying Cross, which is awarded to a member of the United States Armed Forces who shows heroism or extraordinary achievement during an aerial flight.

After a move to Silver Creek and working for her brother in his Super Duper Supermarket, they bought a brand new home at 149 Woodworth Ave., where they remained for 60 years. 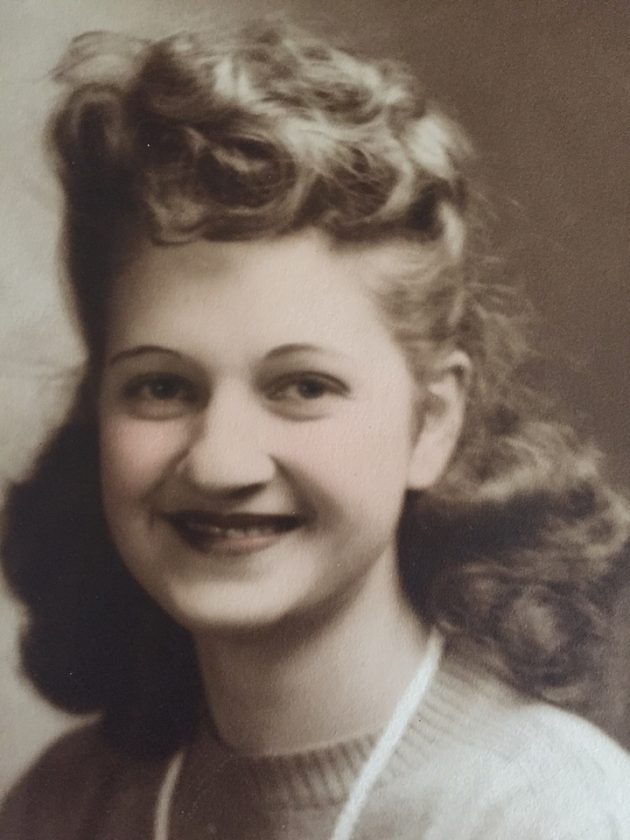 “When we moved to West Ellicott, there was nothing out there. Then they started to cut down trees and built things.”

Her husband secured a job at SM Flickinger as a supervisor.

She enjoyed her last job in sales and floral arranging at Nelson and Butts Flower Shop in Brooklyn Square, Jamestown.

“I had my hand in everything. Mr. and Mrs. Nelson were special people. I loved the Nelsons.” she said. “It was a beautiful place to work and believe me, we worked! Today they sell fresh flowers everywhere but it’s not the same.”

“I was there (downtown Jamestown) when we had Bigelow’s, The 3 Carlson Sisters, Printz and Lucy’s.” 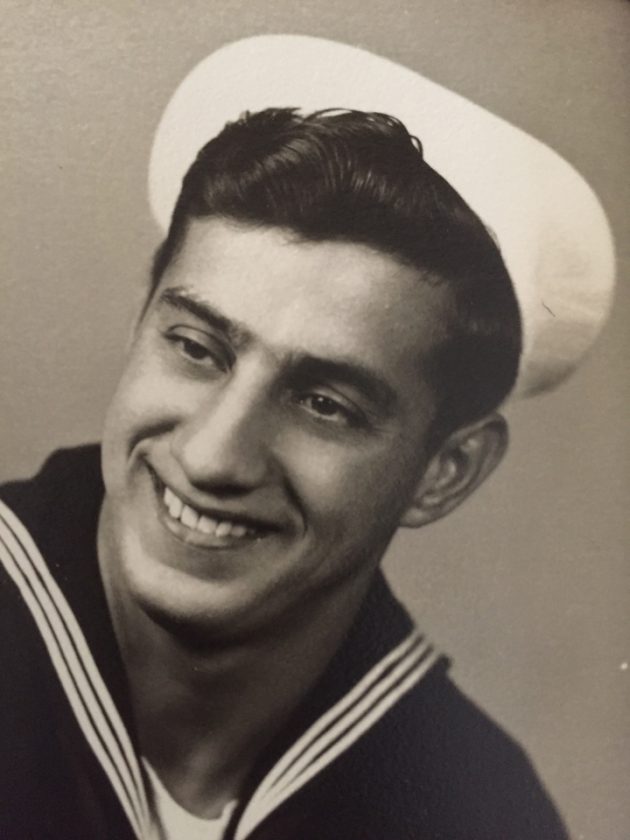 She left Nelson and Butts after 15 years to share with her sisters in the care of her mother. She was only 50 years old when she retired, at which time she found her niche volunteering at Tanglewood Manor, which she continued for 15 another years.

“It’s the best thing I did. There were so many older people who didn’t have family and I would just talk and visit. They had so many interesting stories and were so appreciative of my time,” she said.

The residents enjoyed the special things she did with them such as taking her hats and old-fashioned aprons in for them to model. Another time she convinced the ladies to show their personal wedding pictures.

She collects “old people figurines” and still has a few bird statues and flat vases that she collected when she had more room.

Her husband fell in November of 2017, creating a need for him to be placed at Lutheran Home. His wife followed with a move to an apartment on the same campus at Hultquist Place where she was able to visit her husband every day.

“In one month, I sold our home and had to get rid of 60 years of stuff,” she says of her move to Hultquist Place. “I love it. I just love it here. You walk in, but you’re going to go out feet first.”

She participates with the other residents at the facility by folding napkins every weekday morning with two or three other “great ladies,” exercising and saying the rosary and going to other available activities in the mornings. Until her husband’s recent passing, she visited him every afternoon.

“We were blessed to be together for 73 years,” she says.

The Muscarellas lost their loving son Lory Jr. in 1992.

Angie has a wonderful sense of humor. Her last comment was “please put something in there that makes people laugh.”