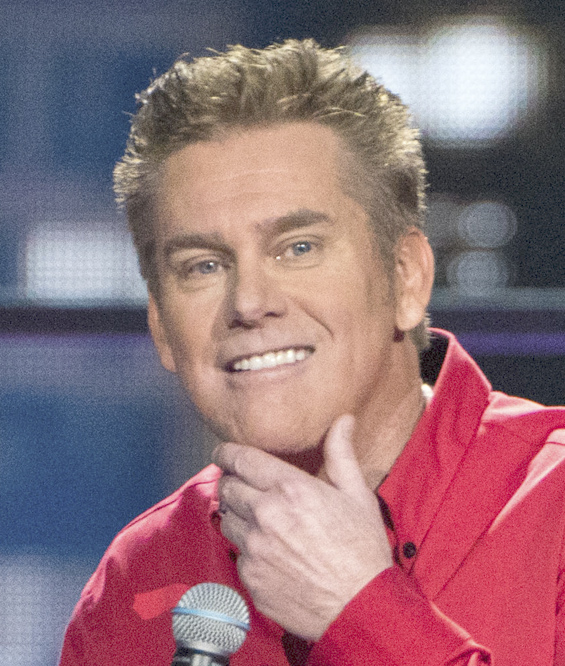 The veteran stand-up comedian has evolved, expanded and remains ready to perform in any setting. But even still, he can’t help but envision his exit from the stage, eventually.

Regan spoke to The Post-Journal by phone last week ahead of his Friday performance at Chautauqua Institution.

His performance is in association with the Lucille Ball Comedy Festival that begins Wednesday. He returns to the Jamestown festival after performing at Northwest Arena in 2016.

“As long as there’s a room full of people who want to hear my twisted thoughts, it doesn’t really matter where I am,” Regan said. “I’ll perform everywhere and anywhere.”

Regan, who released his first comedy CD in 1997, believes his newer content should reflect how he has changed as a person. He began in the comedy world at a club in Fort Lauderdale, Fla., after leaving college around 1981. Since then, he admits that his comedy has changed, as he believes it should.

Regan’s earlier work featured him covering topics of a young adult and events from his childhood. His first one-hour CD featured a bit titled “Stupid In School,” where he jokes about himself being, well, stupid in school. Throughout his career, however, the subject matter has reflected the changes in his personal life. When he became a father, some of his material mirrored that.

Those vying for seats at Chautauqua can expect at least two thirds of new content from the comedian at the August show. Typically, for the self-described “old man,” after he puts out an hour of comedy and people see his material, he starts fresh.

“Some people just get their act together and then they ride that act for their whole career and don’t ever change much,” he explained. “If you’re putting effort into it, you’re dropping material by the way side and replacing it with new stuff.”

Returning to the area this week, Regan will have a chance to visit the National Comedy Center. He described Jamestown’s claim to the comedy territory as “pretty cool.”

“I like that there’s a place to celebrate comedy,” he said.

Coming up in the comedy scene, he believed comedians weren’t appreciated enough. Reading articles in New York City newspapers covering operas and ballets left him annoyed. Because in his eyes, comedy is an art form like the rest.

With places like the NCC, Regan believes the appreciation for comedy and comedians alike has increased over the years. For him, it was a long time coming as he views stand up comedy as a “beautiful thing.”

Regan recently released a Netflix comedy special titled, “Nunchucks and Flamethrowers,” one of two specials he’s set to release with the streaming service. He said the second special will be recorded some time in 2020 with hopes of releasing it at the end of that year.

However, the switch from TV to streaming has Regan, who released a comedy special with Comedy Central in 2007, conflicted. While it offers opportunities for comedians who otherwise would not have received a special, it also loosens the previous “vetting” process, he explained. With the increased pool of acts, he believes it’s harder for up-and-coming comedians to stand out. But overall, he views the expansion of opportunities for comics as a “good thing.”

During the phone interview, Regan also detailed his relationship with Jerry Seinfeld, one he described as a “career friendship” for more than 30 years. Regan appeared on Seinfeld’s streaming show “Comedians In Cars Getting Coffee” in 2012. More recently, Seinfeld reached out to Regan about possibly creating a show for Netflix – the result being “Stand Up and Away! With Brian Regan.” The half and half stand up and sketch series will revisit old bits in an “interesting way” that transitions into new material.

“That’s like being knighted,” Regan said of Seinfeld’s recognition. “I was completely honored and flattered by it because he’s an icon and for him to tip his hat in a way to anything that I would do is remarkable.”

Regan said he has exclusively been a comic for much of his career, but is open to new ideas going forward.

Much like in 2017, when he began acting in the TV show “Loudermilk” as the character Mugsy. He noted that he got the job offer after the director of the show, Peter Farrelly, saw his performance at the 2016 comedy fest in Jamestown. The show was picked up for a third season on the Direct TV service Audience.

Closing in on 40 years in comedy, Regan, the constantly-evolving funny man, continues to sharpen his jokes and create new material. But admittedly, while he’s still ready for any stage, the idea of retirement does exist somewhere in his twisted-thought provoking mind.

“I don’t know. Some people like to do their craft until they die. I have fantasies of retiring,” Regan said. “I’d like to be done one day and say ‘all right I’ve done pretty good work’ and now I’m going to lay on a beach and drink Mai Tais.”