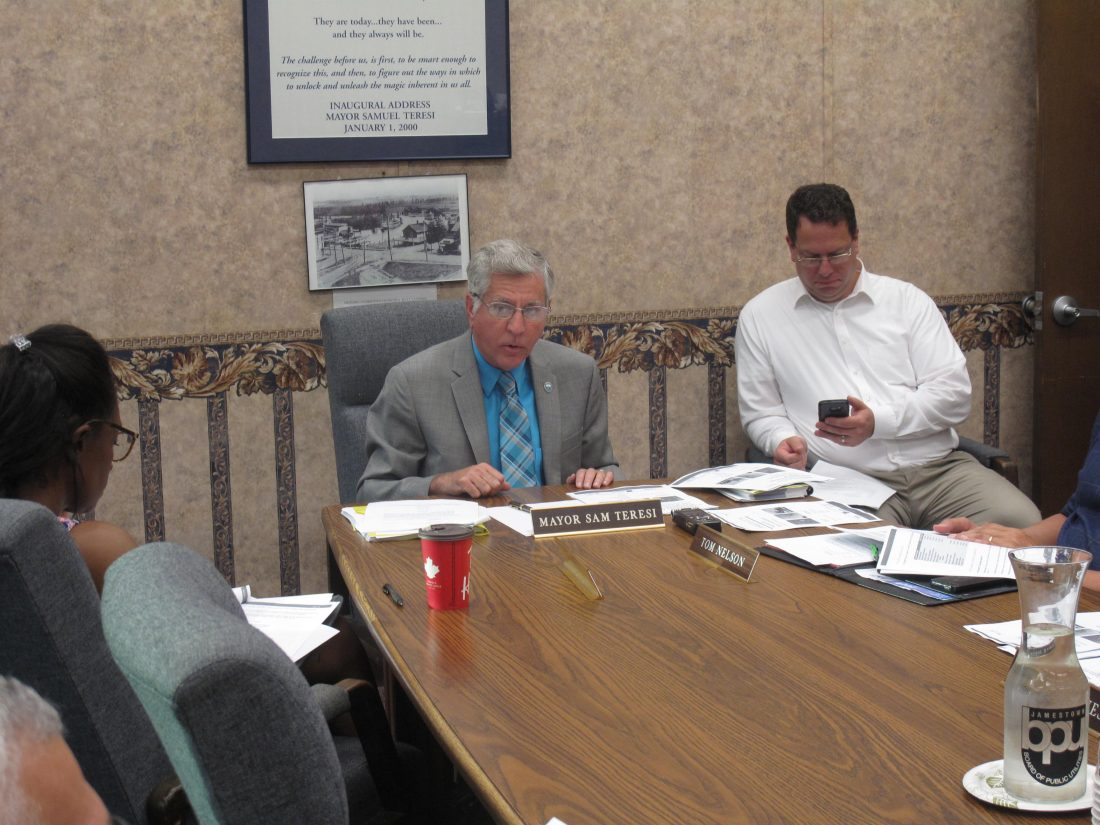 “Going mobile, keep me moving,” might have been lyrics song by the British rock band The Who, but this point of view can soon be used by the Jamestown Police Department to describe its newest surveillance device.

On Monday, the Jamestown City Council discussed the police department potentially purchasing a Wireless CCTV wireless video surveillance system for $32,588.79. Anthony Dolce, Ward 2 councilman, said city officials will use $27,000 from its contingency account and $5,288.79 from local drug seizure proceeds to purchase the system.

Sam Teresi, Jamestown mayor, said the wireless video system is attached to the back of a trailer that can efficiently be moved to designated location for surveillance. He said the camera will mainly be used at city events and at crime and fire scene investigations.

“This is one of the least expensive, but has great capabilities,” Teresi said.

Teresi said the new mobile surveillance system can connect to a laptop computer or a smart phone to view activity. He said it has infrared capabilities to see at night. He added city officials should have the new mobile system by the Annual Labor Day Festival, which is scheduled for Sept. 1.

Teresi said the mobile device is different than the other surveillance cameras the Jamestown Police Department uses in the city. He said city officials have cameras that are fixed-based and mobile ones. However, the mobile ones can be moved from BPU utilities poles, but don’t offer the efficiency the camera on a trailer will provide.

If the resolution is approved later this month by the council, city officials have used $77,000 of the $300,000 they budgeted in the contingency account.

The city budgeted $6.2 million for sales tax revenues in the 2019 budget. Dolce added that usually the third and fourth quarters are the best of the year, which is good news for city finances.