Deb and Stew Ritchie have worked hard in rebuilding a barn following a fire at their Little Valley farm in November 2018. The pair are part of a Community Supported Agriculture program. P-J photos by Carly Gould 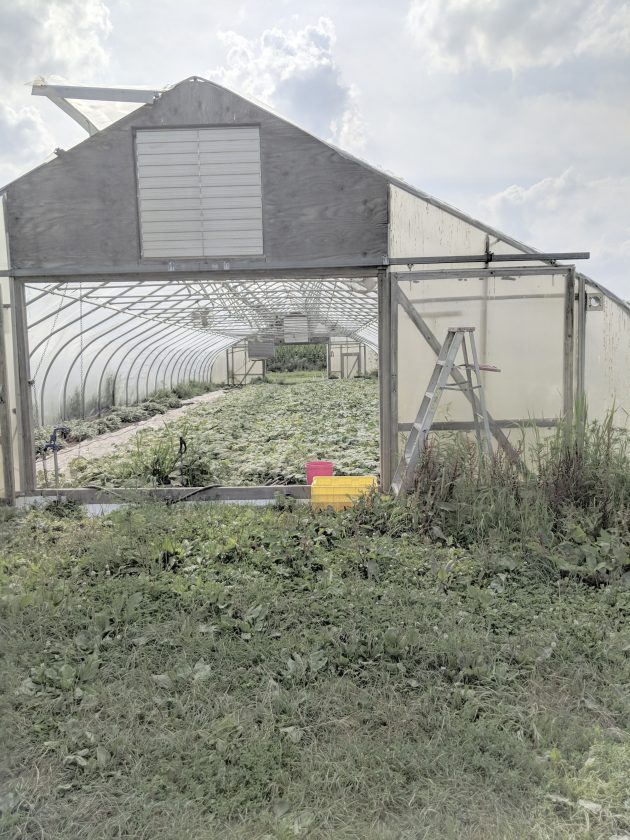 Deb and Stew Ritchie have worked hard in rebuilding a barn following a fire at their Little Valley farm in November 2018. The pair are part of a Community Supported Agriculture program. P-J photos by Carly Gould

Now, eight months later, a new barn is almost ready for operation and the owners, Deb and Stew Ritchie, are excited to again help the community.

“We’re putting in a new building that’s updated and will be our new distribution spot,” Deb Ritchie said.

“We’ve got electricity and everything, now we just need plumbing,” Stew Ritchie said. “We’re making sure it’s in compliance with the safety modernization laws. It has a radiant system. There’s solar power and wind power and we use that power to heat the barn at night and during winter.”

Business has been very good for the couple. They’re right on schedule for the summer growing season and have still managed to make it to the farmers market. 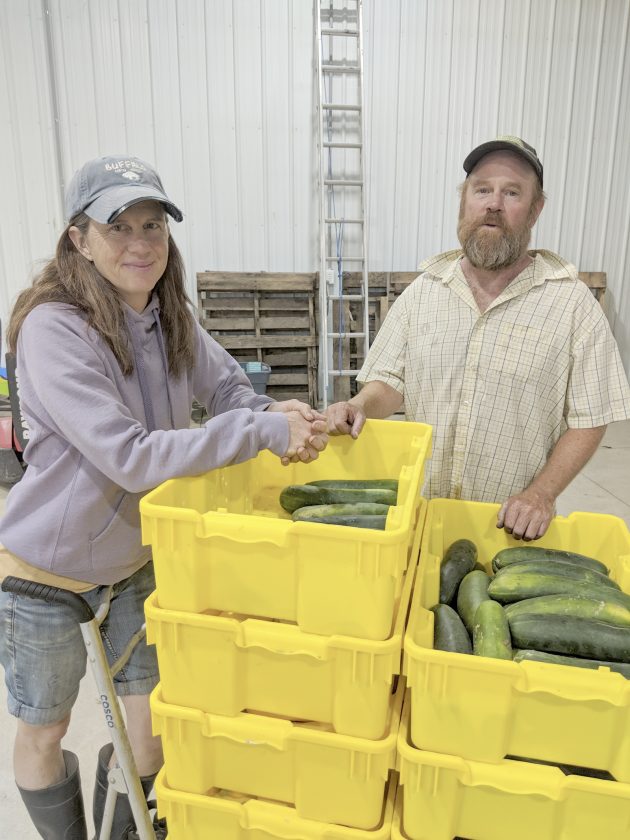 “Everyone has stuck by us, even after the fire,” Deb Ritchie said. “They knew it would be a rebuilding year, and they continued to help us.”

The Ritchies had used the previous barn to store produce, tools and equipment for the Community Supported Agriculture program for 16 years until it caught fire Nov. 28, 2018.

Now, they are almost ready to help out again with use of their new barn. Interested members could buy “shares” to store their produce in the barn and the Ritchies would sell it on the farmers market for them. The members also receive produce from the Ritchies.

As soon as word got out about the fire, a local community member created a GoFundMe account to help the couple rebuild the farm. Over $10,700 had been donated to the Ritchies in just three days.

Despite the fire and the fact that their delivery truck had broken down a few weeks after, meaning they had to replace that too, the farm is running as smoothly as possible, the Ritchies said.

“The season has been good to us,” Stew Ritchie added. “We’re lucky we’ve had so much rain this summer. It gives a chance to work on the barn without worrying too much about the crops.”

The barn itself is still a large space, and though it used to have two floors, the Ritchies agree that the new design is more efficient. The barn is now both wide and long, as opposed to the old one, which was just wide. The building took about a month to build, and they have been working on the interior and power since.

“The moral of the story is to have good insurance,” Stew said. “Get a second opinion to make sure you’re not under-insured.”

There was also a lot of clean up afterward, as well as laying the ground work for the new building.

“When you have an old building, they (the insurance companies) just come in to make sure it’s still up to code,” Deb Ritchie said. “But when you build it up from scratch, then they’re with you every step of the way and so we can make sure it’s safe.”

Along with the new barn, the Ritchies are also planning on building a new gazebo where part of the old barn was.