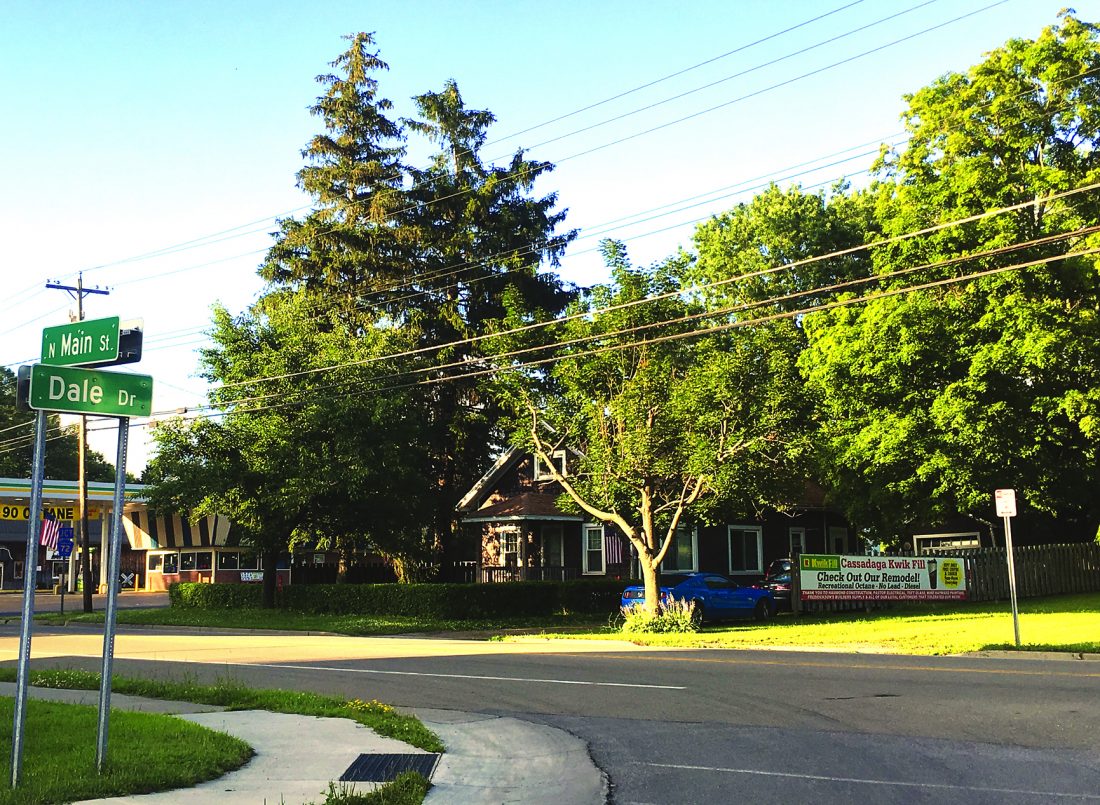 Trees are pictured in the village of Cassadaga along North Main Street. Photo by J.M. Lesinski

CASSADAGA — The Cassadaga Village Board has approved a new local law to benefit the village and neighboring Lily Dale as part of their commitment to Tree City USA, following a public hearing on the matter.

Peter George, a member of the Cassadaga and Lily Dale Tree City USA committee, spoke at the public hearing before the regular meeting on the proposed new law.

“We are very supportive of the new proposed local law,” George began. “I think there are really two reasons that it makes a lot of sense for Cassadaga to adopt this. First, our public trees are under incredible threat.”

George said invasive species, such as the Emerald Ash Borer, continue to threaten local foliage. “There is not a single variety of tree that is not being attacked by some invasive (species),” he said. “The care and management, and hopefully planting of new trees is incredibly important for the village both from an ecological standpoint, as well as a beautification standpoint.”

“The second thing is, as we’ve done some work in the past, by adopting this law and becoming a Tree City we position ourselves to compete for some fairly good grants from the state,” he said.

“For both the inventory of our trees, maintenance and even the planting of new trees.”

Following George’s comments, Mayor Bill Astry briefly inquired about the nature of Lily Dale’s involvement for the sake of clarity.

“They’re doing exactly the same thing, but when we apply for Tree City, the concept was to apply as two communities applying together,” George said. “When we did that for the smaller Arbor Day grant, the state people who reviewed it were very impressed that two municipalities worked together.”

The board then closed the public hearing and went into regular session, where the new law passed unanimously, with the exception of trustees Amanda Kalfas and Theresa Seibert who were absent from the meeting.

In other news, Astry also announced an update on the Dale Drive construction project. “They (the county) had a change … they are going to do Park (Avenue) to Route 60,” Astry said. “They found money to do it…The grant for the project only went from Park to Frisbee. For whatever reason, they didn’t include Park to Route 60 … it wasn’t funded, but for the last month they were looking for funding and they found it.”

The next meeting of the Village Board will be Wednesday, Aug. 7, at 7 p.m.