The Chautauqua Harbor Hotel donated funds for a new basketball court at Celoron Park. The basketball court was completed and had been used for eight weeks, but the official opening was Monday. P-J photos by Carly Gould 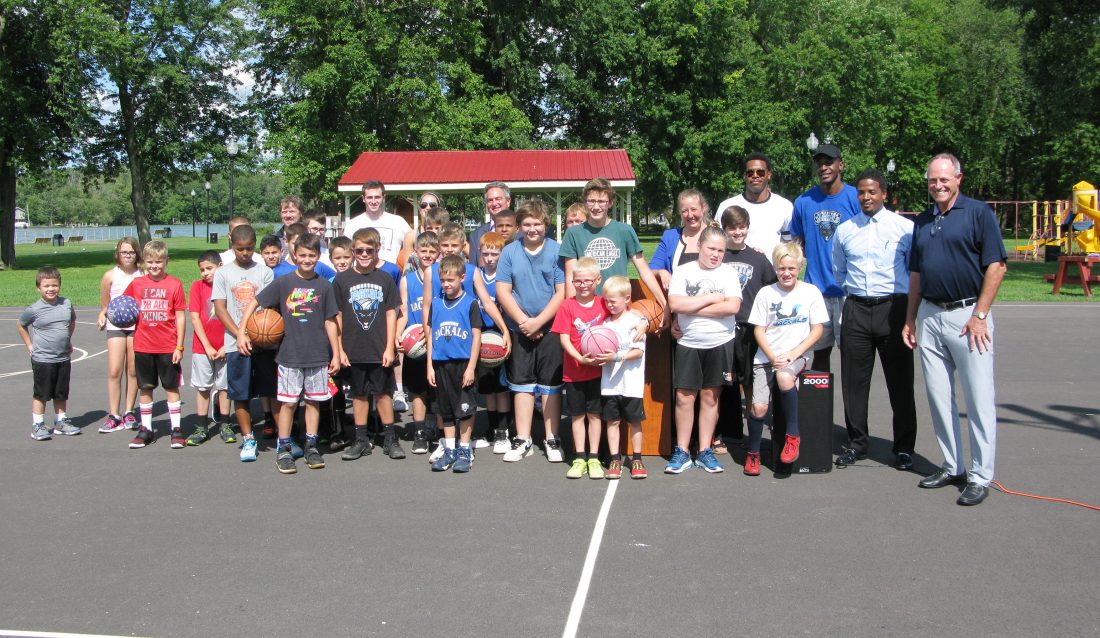 The Chautauqua Harbor Hotel donated funds for a new basketball court at Celoron Park. The basketball court was completed and had been used for eight weeks, but the official opening was Monday. P-J photos by Carly Gould

The basketball court was donated by the year-old Chautauqua Harbor Hotel, which is adjacent to the park. The ceremony was attended by elementary school children looking to play basketball, village Mayor Scott Schrecengost and members of the Jamestown Jackals basketball team. David Hart, President and CEO of Hart Hotels Inc. and managing partner of Chautauqua Harbor Hotel, ran the ceremony.

“(The old basketball court) was a tiny court,” Hart said. “The three-point line ran off into the grass. So, if you were in the corner, you had to be out of bounds to make a three-point shot. It also had metal, half-moon backboards, which if you’re a player, you know it’s almost impossible to make a bank shot with those.”

The new basketball court is bigger and has adjustable height goals with full-size glass backboards. The court also has lights for evening play. Lake Shore Paving designed and paved the new full size top surface, and covered the cost of the court stripping.

“One of the things we’ve been concentrating on is the quality of life,” said Mark Geise, executive director of the Chautauqua County Industrial Development Agency. “What things can we do to improve the quality for children and adults? By creating places where people want to be and set up their businesses and want to move. The hotel’s certainly helped with that.” 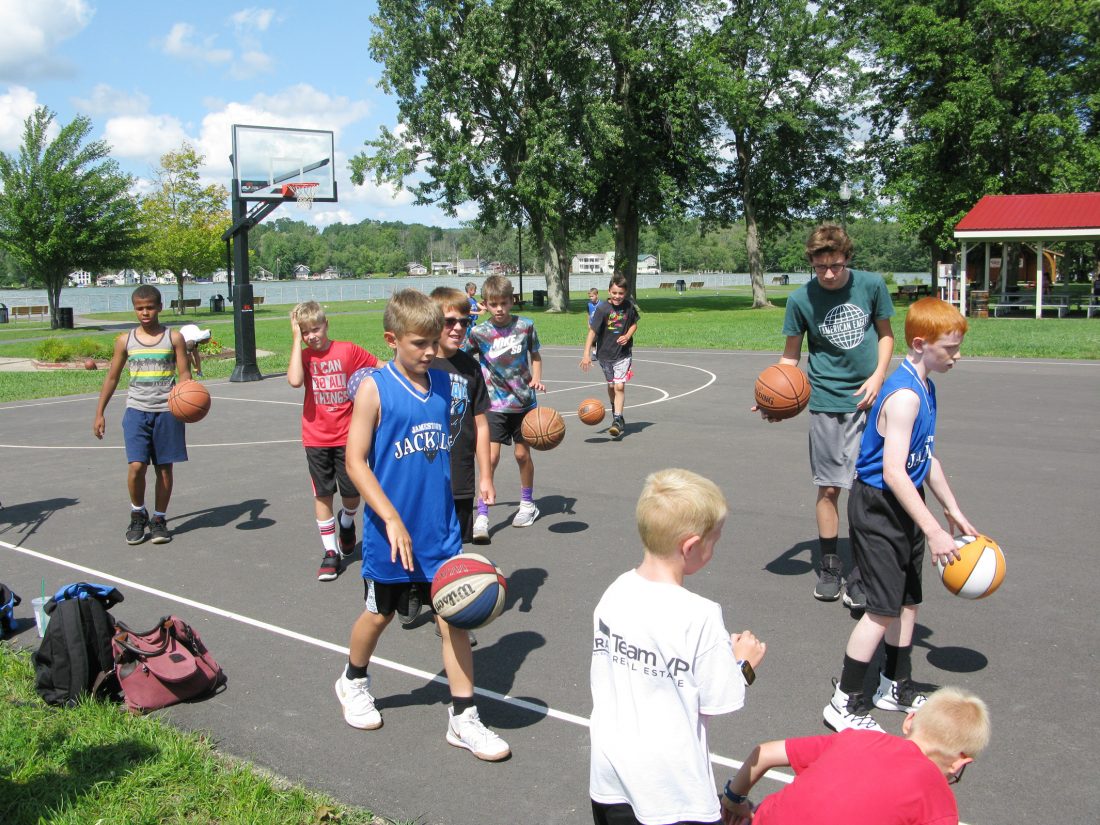 New benches were recently added to the park, and the mayor is hoping to add new restrooms next. Hart and Peter Krog also contributed to improving the quality of Chautauqua Lake by donating funds and resources.

“This is the type of commitment we need from businesses,” said County Executive George Borrello, “to come here and help us improve our quality of life and prove that they are part of this community.”

Kayla Crosby, the owner of the Jamestown Jackals, and David Mackley, the founder of The Basketball League, helped stage the event by working with Hart to reach out and bring children out to the ceremony.

“Basketball is a big deal for me,” Mackley said. “I’ve been to many places playing basketball, including Madison Square Garden and the NBA, but I don’t know if there’s any place more majestic than right here.”

Marcus Oliver, the new general manager of the Jamestown Jackals, spoke about his experiences as a kid playing basketball. He said he used to walk a mile to find a basketball court that was made of dirt, or out on the streets. He also said he was glad that there was a place now where kids could play basketball without having to pay to practice or have to leave before dark.

Michael Davenport and Daniel Malamba, two players for the Jackals, ended the ceremony by conducting a free basketball clinic, teaching the children who attended the finer points of the game.