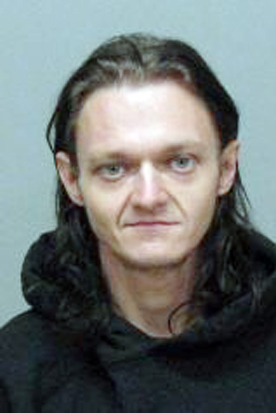 HARTFIELD — A Sinclairville man was remanded to jail on a second-degree arson charge after a fire displaced four people late Sunday.

Fletcher Walters III, 27, was arraigned following an investigation by the Criminal Investigation Division of the Chautauqua County Sheriff’s Office. The blaze at 5728 Hartfield Centralia Road in the town of Chautauqua was reported around 11:20 p.m. after sheriff’s deputies were called to an harassment complaint at the property.

According to the felony complaint filed in Chautauqua Town Court, the fire was started while four people were inside the home. Two adults and two children living there managed to escape uninjured, the Sheriff’s Office previously said.

Investigators said Walters intentionally set the fire, which destroyed the home. A portion of the property left standing was later demolished, a county fire investigator told The Post-Journal earlier this week.

Chautauqua County Sheriff Jim Quattrone confirmed there had been a dispute shortly before the fire broke out. Details of the dispute were not made public.

Second-degree arson is a class B felony in New York.

Firefighters from Dewittville, Hartfield, Maple Springs, Ellery Center, Mayville, Sherman, Stockton and Ashville assisted late Sunday in battling the blaze. Crews, who were on scene for several hours, were called back Monday morning after a portion of the structure rekindled.

“We would like to commend the many fire departments that worked so hard to ensure there were no injuries,” Quattrone said. “We are fortunate that none of the residents or fireman were injured in this fire. As a result of someone’s poor choices, there are four people who have been left homeless.”