From left, Vince DeJoy Jr., Marcy Parenti and Vince DeJoy III outside of the former Friendly’s Restaurant in Jamestown, which will be reopened as Jimmy’s Family Restaurant. 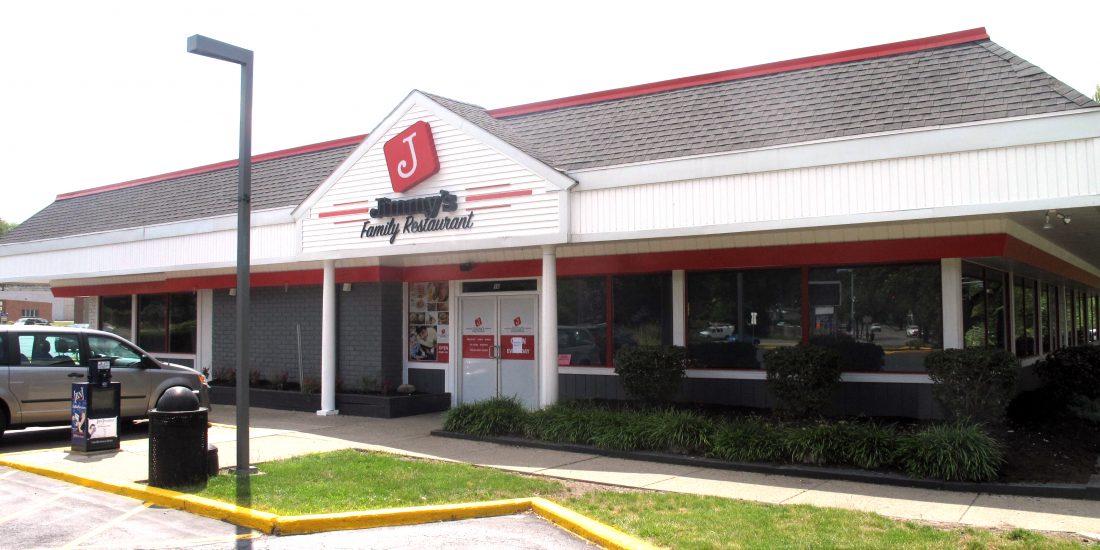 A “Jimmytown” tradition will be reopening its doors later this week.

On Monday, Vince DeJoy III told The Post-Journal the new Jimmy’s Family Restaurant will open its doors Friday. He said there will be a grand opening ribbon cutting celebration that day, which will be followed by people being able to enter the newly renovated restaurant, which is at the former Friendly’s location.

DeJoy, who is the co-partner in operating Jimmy’s, said more work went into renovating the restaurant than was first expected. “When we first looked at it, we didn’t anticipate as much work and effort that was needed,” he said.

DeJoy said electrical work, including new circuits and outlets was done. He said there were plumbing issues that had to be fixed. He added a lot of deep cleaning was needed in the kitchen, with the floors being power washed.

“A lot of local contractors worked to put it all together,” he said. 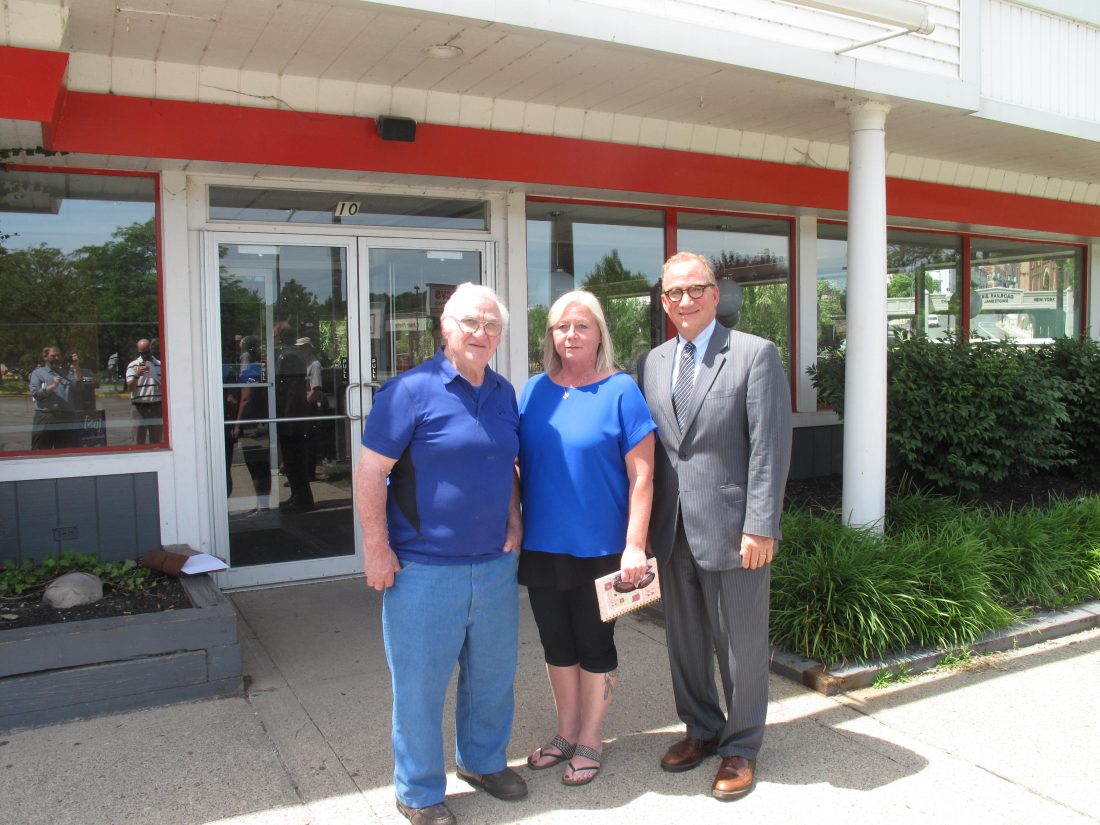 From left, Vince DeJoy Jr., Marcy Parenti and Vince DeJoy III outside of the former Friendly’s Restaurant in Jamestown, which will be reopened as Jimmy’s Family Restaurant.

“We worked nights and weekends. The workers, management team have been putting in overtime. We had to start from scratch,” he said. “The last three weeks we’ve been working seven days a week, 12 hours a day. It’s all going to be worth it to open this space. We can’t leave this space empty. It’s to important to Jamestown.”

DeJoy said he wants to showcase Jamestown’s history with photos of the Greater Jamestown Riverwalk and downtown activities on the wall. There is a mural with several photos showing Brooklyn Square, where the restaurant is located, from the late 1800s into the 1960s before urban renewal. There is also photos of DeJoy’s two grandfathers, who were both named Vincent, but went by the name Jimmy.

Response to the opening of the new restaurant has been exhilarating, DeJoy said.

“A parade of people think we’re open already. People have been asking,” he said. “We feel this is more than a restaurant. It’s a place families come to eat ice cream, to eat breakfast. There is a great deal of enthusiasm. We have a lot to live up to.”

DeJoy said the menu will be very similar to what it was before. Marcy Parenti, former Friendly’s general manager who is partnering with DeJoy in operating Jimmy’s, said the burgers will be made with fresh, never frozen, meat. She said the corn beef will be shaved in-house each day for the reuben sandwiches. The coffee was personally chosen by DeJoy and Parenti to appeal to the masses, which will be 100 percent Columbian.

“We know what was popular and we approved upon it,” DeJoy said about the menu.

The restaurant will also have a banquet room that can be rented for private parties. People can contact 483-5686 for more information. DeJoy said there will eventually be a website for the restaurant, but its not ready yet. He said there is a Facebook page, which has received lots of likes.

“We’re excited to see the community again,” Parenti said. “This is a home for Jamestown. The regulars want to come back.”

The closure of Friendly’s April 8 was met with surprise and confusion by customers and city officials. A sign taped to the door stated, “We apologize for disappointing you on this visit, but this location is now closed for business. We regret that we do not have another Friendly’s restaurant near you, but we hope that you will visit one of our other locations when traveling.”

The Massachusetts-based chain opened its Jamestown location in 1985 in a spot that once housed the Sambo’s, No Place Like Sam’s and Season’s restaurants.