Cockaigne To Reopen To Skiers Later This Year 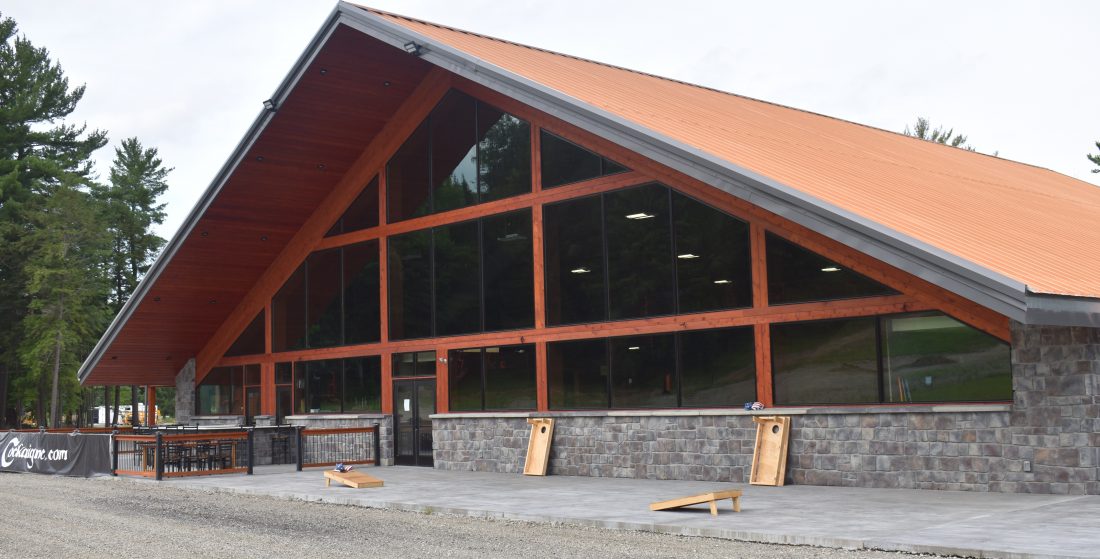 The new lodge built at Cockaigne Resort, located at 1493 Thornton Road, Cherry Creek. The resort will open to skiers this winter and the lodge’s Base Pub is currently open Thursday through Sunday starting at 4 p.m. P-J photo by Dennis Phillips

CHERRY CREEK — A Chautauqua County ski resort that has been closed the last eight years will reopen to skiers later this year.

Cockaigne Resort will be open skiing later this year for the first time since a fire destroyed the Austrian pavilion lodge on Jan. 24, 2011, said Jason Spain, Lynn Development CEO.

Spain said Lynn Development is now in charge of the day-to-day operations of the now year-round resort that is owned by Rex and Darlene Butcher. He said there are refurbished lifts and new state-of-the-art lighting that has been installed and, of course, there is the newly constructed lodge, which features the Base Pub that is open starting at 4 p.m. Thursday through Sunday.

According to cockainge.com, there are 10 trails, five slopes and 80 skiable acres. There are three lifts, plus a J bar and magic carpet. The longest slope is 3,600 feet. Spain said there will be an adventure hill for snowmobiles. There is also improved snow making capabilities.

“The lodge now has a better view of the skiing area,” Spain said. “We have all of this under one campus.”

Inside the new lodge, along with the Base Pub, which features a prime rib meal each Thursday, 75 cent wing Friday and happy hour Saturday and Sunday, there is a meeting and dining area called The Glen and a new pool, darts, foosball and arcade on the second floor titled The Loft.

There is also an outdoor patio area and an outdoor stage. Spain said the plan is to have known performers and possibly a music festival next year on the outdoor stage. He said the lodge is available to be rented for parties like a wedding reception.

Spain said the Butchers contacted Lynn Development about three months ago to discuss handling the day-to-day operations of the resort. Spain said he has two decades of resort and hospitality leadership experience.

“We manage the resort for Rex and Darlene. Ownership is committed to running a successful resort,” Spain said. “Phase 1 will be to get the skiing going and then Phase 2 will be about everything else. We are discussing a year-round resort that is family owned. Not owned by a corporation.”

Cockaigne opened in the winter of 1966. Its original lodge was built as the Australian pavilion for the World’s Fair held in New York City in 1964 before it was brought to Cherry Creek.