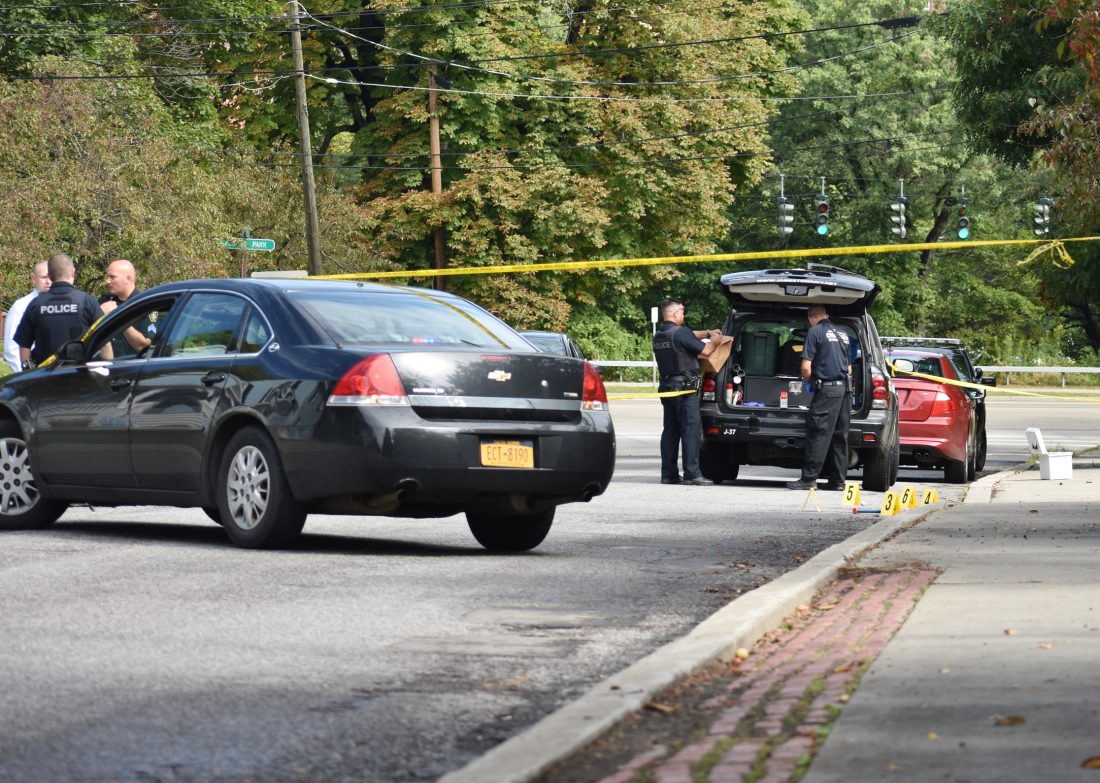 Investigators are pictured on Forest Avenue after a person was reportedly stabbed Wednesday morning. P-J photo by Jordan W. Patterson

A 31-year-old man was jailed on a first-degree assault charge after a stabbing incident Wednesday morning.

Police took Jermaine J. Gordon into custody around 5:45 p.m. at a Tew Street property in Jamestown.

Officers were called to 81 Forest Ave., near Prather Avenue, around 10:10 a.m. after a man was found lying in the driveway of a nearby property. EMS personnel and members of the Jamestown Fire Department also responded.

A portion of Forest Avenue was closed to traffic as investigators collected evidence.

Police said the victim suffered “multiple stab wounds to his upper body” and was in stable condition at UPMC Hamot in Erie, Pa.

Capt. Robert Samuelson of the Jamestown Police Department said the incident was a targeted attack.

“This was the result of an ongoing dispute between acquaintances,” Samuelson said.

“The incident also involved a baseball bat that was recovered from the scene as well,” he continued.