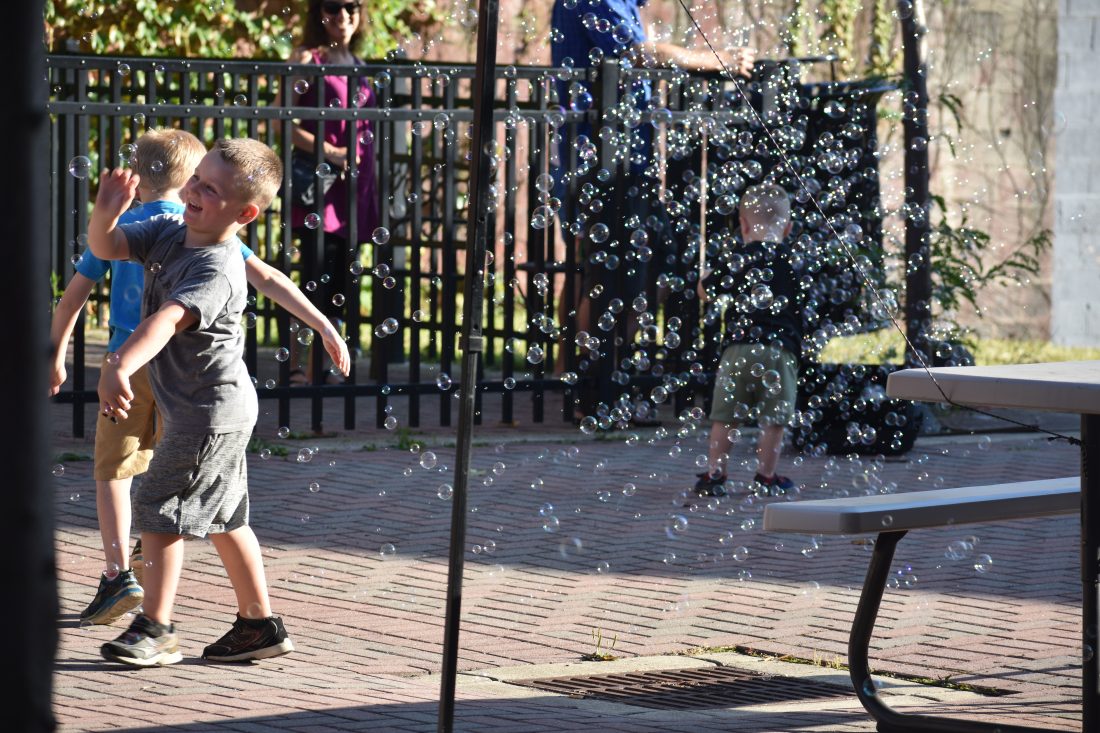 The National Weather Service in Buffalo issued a heat advisory for Chautauqua County. A heat advisory is issued when the heat index surpasses 95 degrees. The heat index of an area is calculated by the dew point level and the air temperature. P-J photo by Jordan W. Patterson

Chautauqua County will have 16 cooling centers available throughout the weekend while a heat advisory remains in effect.

The National Weather Service in Buffalo issued the heat advisory Thursday afternoon after anticipating a heat index greater than 95 degrees for today and Saturday. An excessive heat warning is issued when the heat index surpasses 105 degrees, and is calculated when considering the dew point and the air temperature of a given area.

The heat advisory begins today and ends Saturday at 6 p.m. as the heat index will be at least 95 degrees.

“Just drink water,” he said. “Otherwise, you can start to feel symptoms of heat related illnesses that can lead to bigger issues.”

He said even if individuals are not thirsty that they should still be hydrating as a preventative method.

With dew point levels for the county estimated to be in the range of 70 to 73 degrees combined with air temperatures of around 90 degrees for today and Saturday, Alumbaugh said areas of the county could reach a heat index of 100 degrees, including in the Jamestown area.

Alumbaugh noted that the dew point essentially calculates the humidity for an area.

With higher humidity, he warned that any effort in the heat will expend “a lot of energy out of your body.” He described a dew point level above 70 degrees as an “oppressive” one.

Temperatures in the Jamestown area on Friday and Saturday will observe highs of 89 degrees.

If people cannot not avoid working in the heat, he advised they stay in the shade and to do so in the early morning or in the later evening when temperatures typically cool off.

However, going into tonight and Saturday morning, Alumbaugh said there will be “not much relief.” Throughout the county, the low temperatures for today and Saturday are predicted to be 74 degrees and 71 degrees, respectively.

“It gets stuffy and never really cools at night so there is no recovery going into Saturday,” he said.

He noted that the heat will break going into Sunday and early next week.

Because the temperatures will cool off going into Sunday, with a high of 82 degrees and a low of 63 degrees, there is a higher chance of thunder storms.

“What goes up must come down,” he said.

As the higher temperatures release, the likelyhood of thunderstorms increase, he explained. As of today, the chances of such storms for Saturday night and Sunday were at 50%.

For Martin Thorp, if he does venture outdoors in the next two days he plans to stay in the shade.

“I have this tree in my yard so I can sit outside under that,” Thorp said sitting outside in Jamestown on Thursday.

“In the coming days we will see the highest temperatures so far this year here in Chautauqua County,” Borrello said. “Please be aware of the impact this heat and humidity can have on you, your loved ones and your pets.”

The 16 cooling centers are available for individuals at various locations throughout the county.

The county and the National Weather Service advised people to wear lightweight, light-colored and loose-fitting clothing as well remaining in cool indoor spaces as much as possible.

The county warned of symptoms as it relates to heat stroke, heat exhaustion, heat cramps, sunburn and heat rash. Many of the illnesses can be prevented by staying out of the sun, remaining cool and hydrating.