Pictured are Tom and Dick Smothers, known for their comedic TV show “The Smothers Brothers,” which was canceled by CBS 50 years ago. The Smothers Brothers visited Chautauqua Institution on Monday, after almost a decade-long absence from the stage, to discuss their impact on pop culture. P-J photos by Jordan W. Patterson 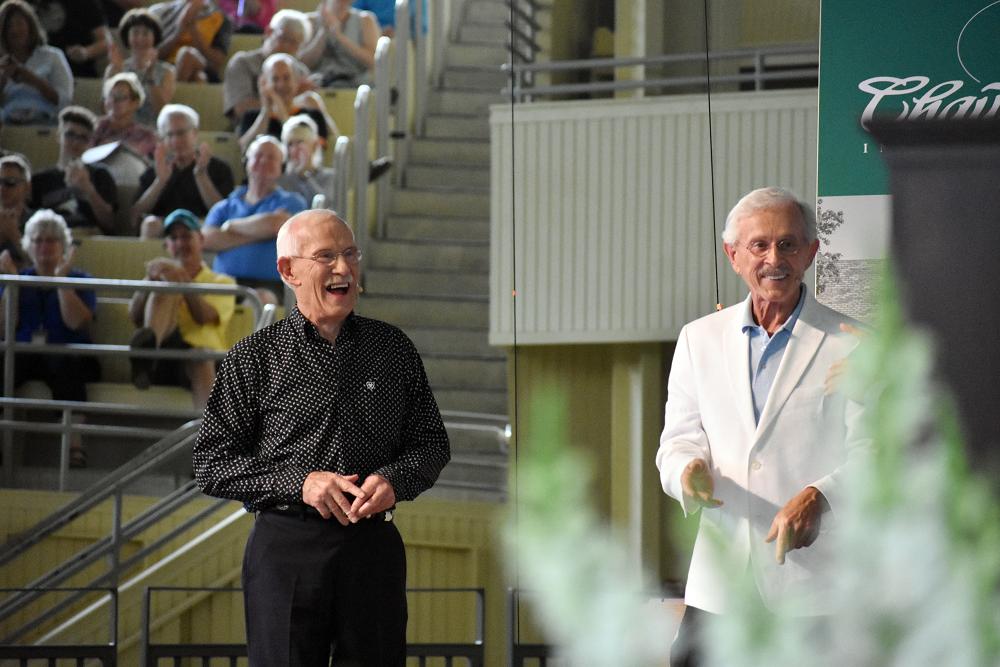 Pictured are Tom and Dick Smothers, known for their comedic TV show “The Smothers Brothers,” which was canceled by CBS 50 years ago. The Smothers Brothers visited Chautauqua Institution on Monday, after almost a decade-long absence from the stage, to discuss their impact on pop culture. P-J photos by Jordan W. Patterson

CHAUTAUQUA — The Smothers Brothers were fired from CBS in 1969. Now the comedy duo, five decades later, are celebrating what their termination from television stood for.

“We had no idea of the significance of speaking out,” said Tom Smothers of the show’s impact.

Accompanied by TV critic and NPR’s David Bianculli, comedian Tom and Dick Smothers were brought to the Chautauqua Institution’s Amphitheater stage Monday to discuss their impact on pop culture. The discussion was in association with Chautauqua’s week six partnership with the National Comedy Center titled, “What’s Funny?”

Journey Gunderson, NCC executive director, announced at the beginning of the morning lecture that the Smothers Brothers had donated iconic artifacts, creative papers, legal documents and a guitar from their archives and collections to the Jamestown comedy center.

The title of Monday’s lecture was “The Smothers Brothers Reunited: Comedy and Censorship on the 50th Anniversary of their Network TV Firing.” 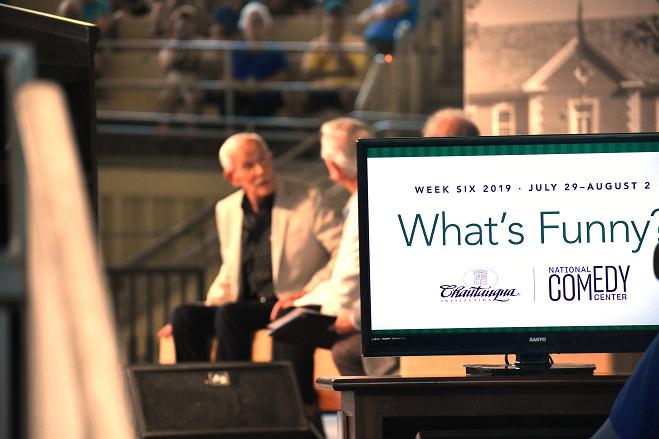 Bianculli said the Smothers Brothers appearance at Chautauqua was significant because of two primary reasons. The first was that the two have not appeared regularly together in public for almost a decade.

The second reason was the fact that, “they’re celebrating (themselves) being fired, and they really mean it,” Bianculli said before introducing the duo.

“I’m not that well adjusted. I’ve been fired, I’ve never celebrated,” Bianculli continued, “but they got fired for doing something so important and their firing was so important.”

Bianculli later explained the outspoken aspect of “The Smothers Brothers Comedy Hour” and the impact of their firing that influenced future programming on TV.

“These guys were so important to television and CBS recognized it after they left,” he said. 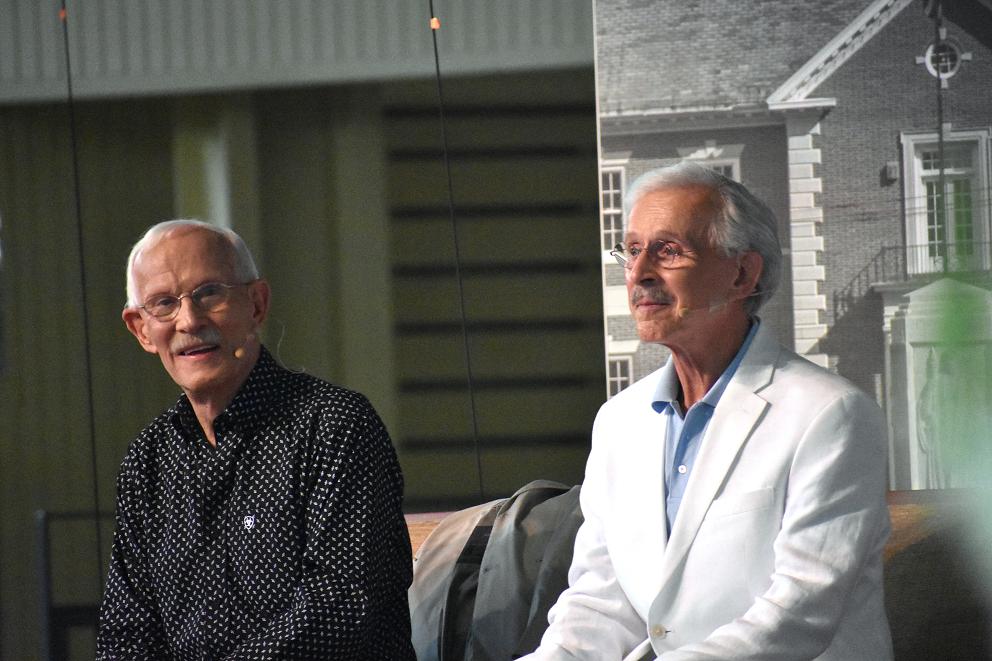 Bianculli noted that the audience was laughing at the older clips from the brothers’ catalog.

The two entered the stage to a standing ovation. Reiterating a sentiment the duo shared on a video clip played before the audience, the Smothers Brothers, while angry at their firing, did not regret the actions that led to them leaving CBS.

Almost immediately, the Smothers Brothers launched into a playful argument about Tom Smothers lying about being a pilot. When pressed by his brother Dick Smothers about why he would choose to lie to the Chautauqua audience, he simply said “it’s national policy.”

The two reflected on their career throughout the lecture that featured Tom Smothers even performing with a yo-yo to music in front of the crowd.

They also noted, humorously, that the two of them are not the original Smothers Brothers as the original tandem passed away in 1969.

“We liked the idea that something might be off the wall,” Tom Smothers said of the show being outspoken and original.

Their lack of a filter eventually led to their firing after combating CBS over the censorship of their show. The two were openly critical of the president and the Vietnam War.

The Smothers Brothers would eventually return to TV and also tour the country performing their act for many years. They retired from live shows in 2010.

Dick and Tom Smothers said they were honored to be recognized and “taken serious” as comedians by Chautauqua and the comedy center.

“Comedy is an art form and I like that the National Comedy Center in Jamestown is taking comedy more seriously,” Tom Smothers said.

When asked by an audience member about a famous line from the show, “Mom always liked you best,” the two declined to answer who their mom really liked more.

Instead Dick Smothers said, “We want you to wonder.”