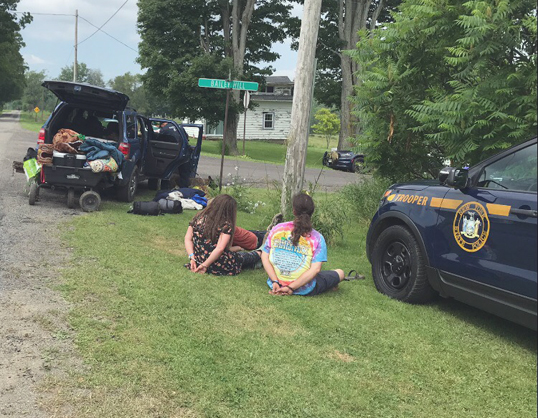 More than 30 people were charged during the Fourth of July weekend at the Great Blue Heron Music Festival. Photo by the New York State Police

Editor’s note: The New York State Police said 65-year-old Manuel Shields was not among those charged during this year’s Great Blue Heron Music Festival. His name had been included in a report issued by state police.

SHERMAN — A cache of drugs, money and a pickup truck were among items seized during this year’s Great Blue Heron Music Festival.

In a collaborative effort between the Sheriff’s Office, New York State Police and Chautauqua County District Attorney’s Office, more than 30 people were taken into custody on 70 charges over the Fourth of July holiday on or near the festival grounds.

Over a five-day span, the agencies reported collecting $3,000 in cash, heroin, cocaine, marijuana, synthetic marijuana, LSD, mushrooms and edibles, among others narcotics. Also seized was a Chevrolet Silverado.

“This operation is one that we participate in because the safety of the concert-goers is our priority,” said Chautauqua County District Attorney Patrick Swanson. “The multi-jurisdictional law enforcement agencies participating are great. Ultimately, we just want a safe concert weekend.”

“Every year during this detail, we are assisted by the Jamestown Police Department, New York State Forest Rangers and Chautauqua County Probation. Their assistance and expertise with this operation greatly contributes to its success.”