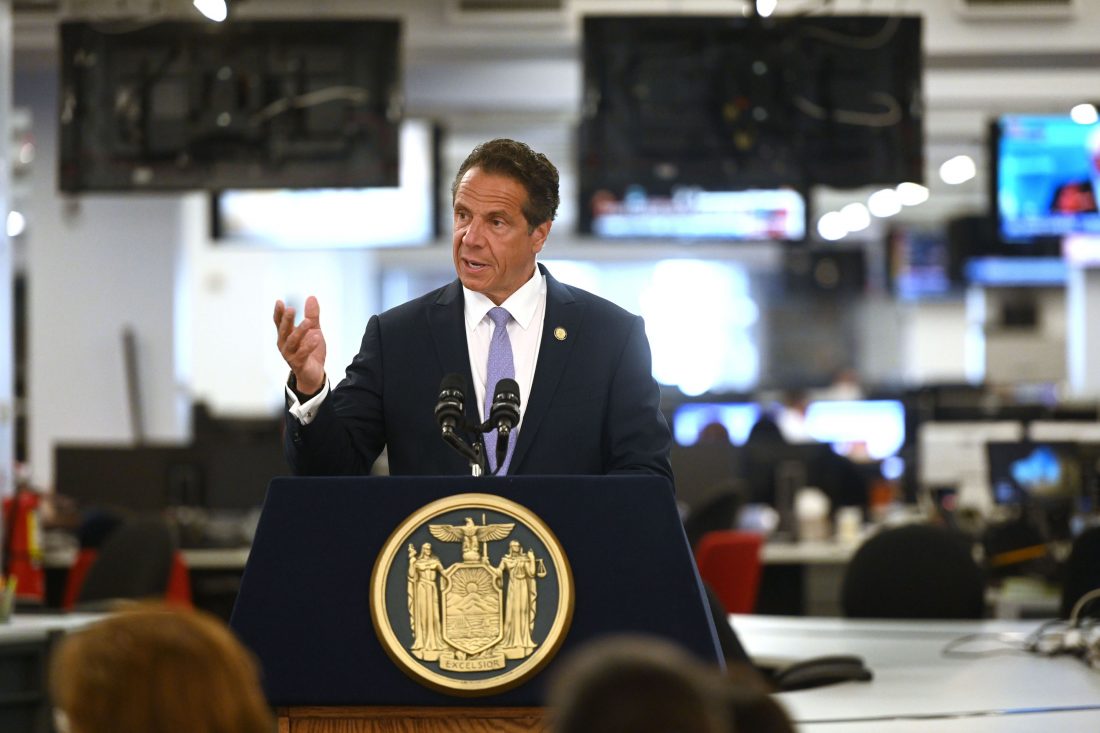 It also extends worker compensation benefits to all types of farms, guarantees workers at least one day off a week and requires overtime pay for more than 60 hours a week.

“The Farm Workers Bill is not just a great achievement in terms of effect on the human condition, it’s also a milestone in the crusade for social justice,” Cuomo said when signing the new bill. It takes effect Jan. 1.

Farm owners told lawmakers the act would force them to cut back on employment and that a workers’ strike at a busy time of year would be devastating.

Richard Kimball, president of the Chautauqua County Farm Bureau, is concerned about the timing of the law, stating that with a raise in New York minimum wage combined with the new bill, family farmers will start losing out to corporate farmers. He and farm owners argued that the mandates were too burdensome for an industry already under stress from declining prices, tariffs and labor shortages.

“Agriculture is the main business in New York,” Kimball said. “and 95% of those farms are family owned. This is going to be hard on production because we don’t get enough subsidies.”

Kimball said the law does do a lot of things right, but noted that it will hurt family owned farms who can’t afford to compete with the bigger business farms. Kimball also said the main problem lies with corporate farms, as it’s been reported that family owned farms usually have better working conditions to begin with.

“We give our workers minimum wage, plus many other benefits. We treat them fairly,” Kimball said. “But, it’s all about the money for corporate farms.”

The New York Farmer Bureau works with the political system on a broad range of issues, including taxation and local food availability. They are dedicated to supporting and enriching agriculture, and that includes working on the new law.

The bureau pointed out that the new legislation has a few flaws, including limited composition of the wage board and the collective bargaining process might not give adequate time for disputes to be voluntarily resolved.

David Fisher, a dairy farmer and president of the New York Farm Bureau said the final version of the legislation was better than the original bill, which would have required overtime pay for more than 40 hours a week.

“We were able to change the law a bit so that workers have to work 60 hours instead of 40,” Kimball said. “With how many hours farm workers work already, 40 would have been unreasonable.”

“I’m afraid this could be the breaking point for our orchard and many like ours across the state,” said Sarah Dressel, of New Paltz and chair of the New York Apple Associations board of directors.

But farm workers and their supporters noted that the nation’s top agricultural state, California, already allows farm workers to unionize, and the industry remains robust.

In fact, a state appeals court in May ruled that exclusion of farm workers from basic labor protections afforded to other workers was unconstitutional.

The Farm Worker law will grant farm workers many basic rights that other workers have had for 80 years, including the right to unionize, the right to a day off, and unemployment and disability benefits. The bill will also ensure better sanitary codes apply to all farm worker housing, no matter how many people are living there. Workers will also be paid overtime after working 60 hours.

“This powerful and practical achievement is even more significant in the era of President Trump, who continually diminishes workers’ rights, attacks labor unions, disrespects the disenfranchised and has made divide and conquer the credo of America,” Cuomo said.

The Workers Center of New York state in a 2017 report that “dairy production is essential to the economy of New York, yet the workers, who are mostly immigrants, often labor under harsh and unjust conditions.”

“The Farm Laborers Fair Labor Practices Act will help build a stronger and fairer agricultural industry throughout New York State,” said Senate Majority Leader, Andrea Stewart-Cousins. “The legislation will stand up for farm laborers and ensure they have the rights and protections that other New York workers have access to.”

“For more than two decades, the Assembly Majority has fought to protect farm workers from unfair labor practices for the physically taxing, often dangerous work they do to fuel our agricultural sector and put food on our tables,” said assembly speaker Carl Heastie. “These hard workers are vital to the success of New York’s farms, and they deserve the same employment rights afforded to workers in other industries across the state.”

The Associated Press and John Whittaker contributed to this story