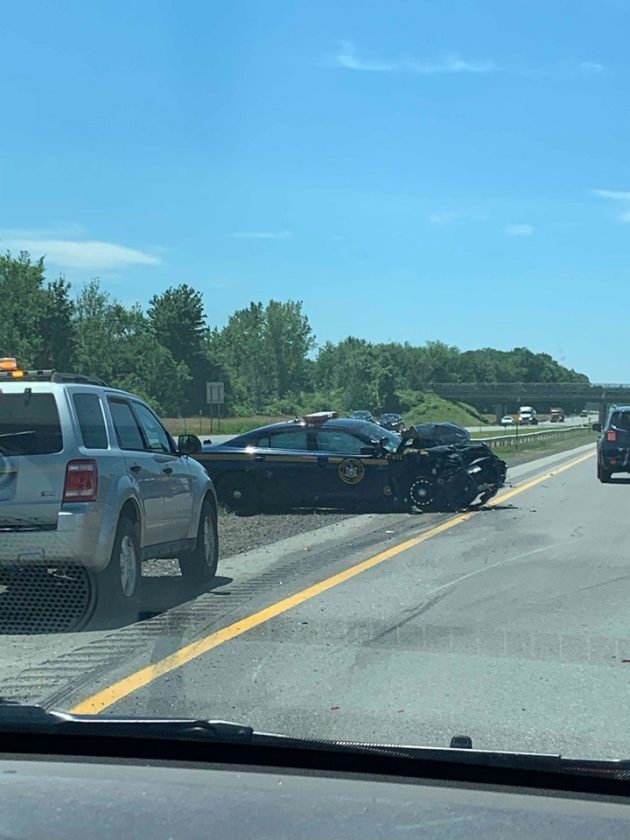 Serious injuries were reported after a New York State Police trooper and SUV collided Monday afternoon on Interstate 90. Both westbound lanes of the interstate were closed to traffic, backing up traffic for several miles. Photos by Teri Whitney

SHERIDAN — Two helicopters were summoned and serious injuries were reported following a collision Monday afternoon between a New York state trooper and minivan.

Few details were released regarding the crash that occurred in the westbound lane of Interstate 90. The collision was between the Dunkirk and Silver Creek exits on the thruway.

The van had five occupants inside and appeared to have been struck from behind by the state police vehicle.

In a press release, state police said the investigation remained ongoing Monday night. Both westbound lanes were closed at the Silver Creek exit to allow two helicopters to land. The lanes remained closed for several hours as investigators remained on scene.

It’s not clear who was transported by helicopter to the hospital or what their status was as of press time. Several ambulances also responded to the scene. 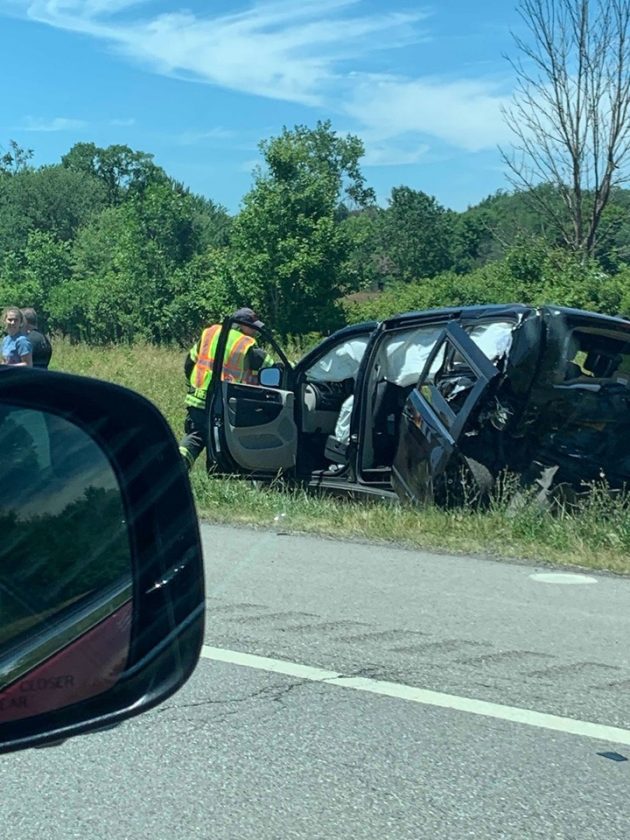 Traffic was backed up for “several miles” on the thruway due to the crash.

A call to the New York State Police Thruway barracks was not returned.