Brew With A View

From left, Jon McLellan I and Jon McLellan II, the father and son team that will be opening the Jamestown Brewing Company for the first time today at 4 p.m. P-J photo by Eric Tichy 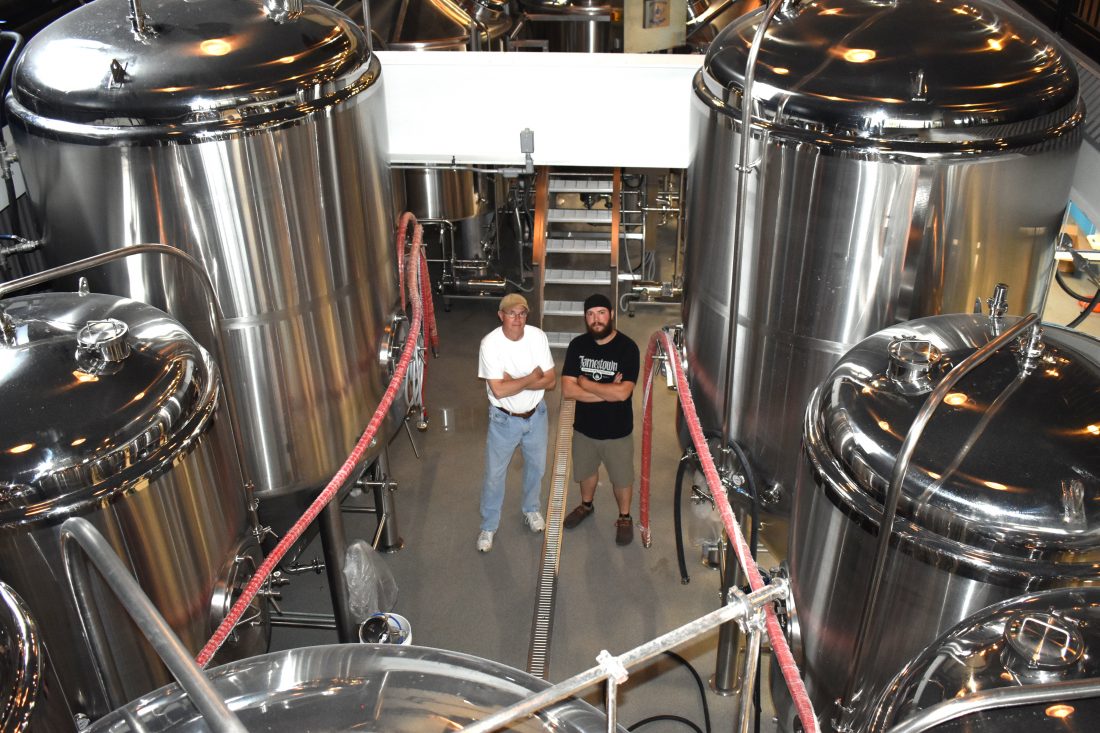 From left, Jon McLellan I and Jon McLellan II, the father and son team that will be opening the Jamestown Brewing Company for the first time today at 4 p.m. P-J photo by Eric Tichy

There is an old adage in show business — “The show must go on.”

That is the attitude father and son team, Jon McLellan I and Jon McLellan II, are taking as they open their new restaurant and bar — Jamestown Brewing Company — without a liquor license.

McLellan II said once the state grants the new Third Street business its license, they will immediately start brewing. He said it will take about a month to roll out a full assortment of their brews, which means they will have guest beers on tap at first. He added their lager will probably be the first beer they will brew, but their porter will probably be the first Jamestown Brewing Company beer on tap because it has a shorter processing time.

The doors will open at 4 p.m. today, which will include first floor and mezzanine seating. McLellan II said there will be no live musicians on day one, with several future musical performances planned.

“I want people to be focused on the new space and each other, not a singer,” he said. 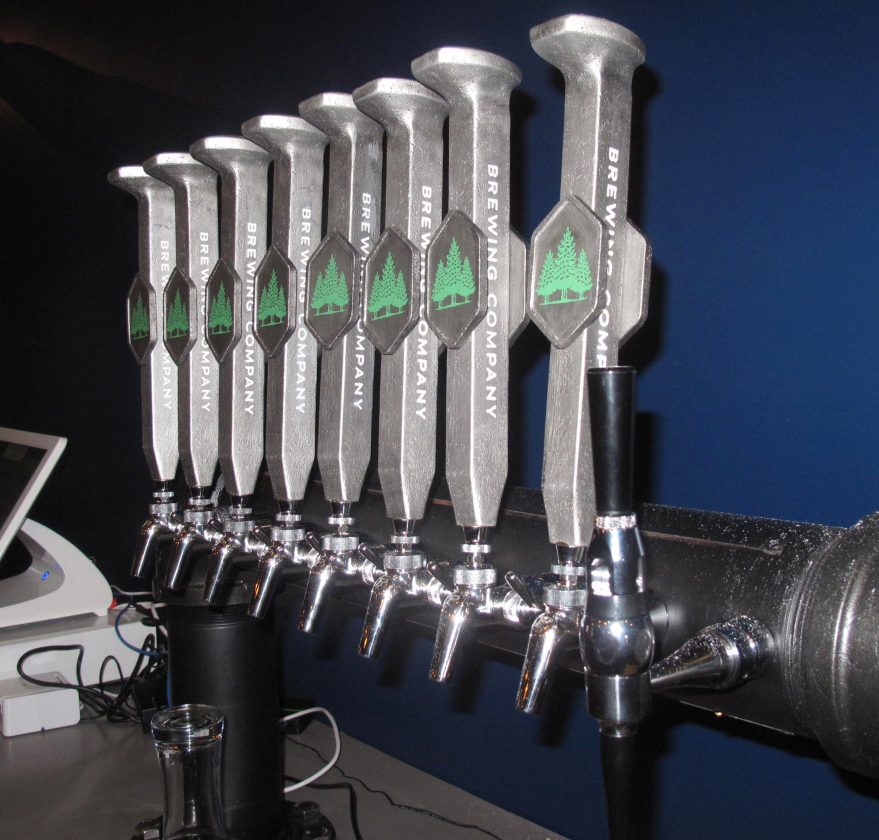 The simplistic opening fits with the style of the restaurant and bar. McLellan II said the actual bar, which was the first aspect of the restaurant they constructed, has a modern minimalstic look. He said there won’t be a lot of objects and TVs hanging on the walls, even though there will be a television in a lounge area that will have couch seating by the windows facing Third Street.

The most interesting, and soon-to-be-talked about feature of the bar, will be the cut-out hole in the first floor where people will be able to see the brewing vats and equipment in the basement as they wait for their next pint by the bar or to be seated at a table. McLellan II said there will be some stool seating near the brewing equipment where people can enjoy some finger foods while watching the Jamestown Brewing Company crew prepare another batch.

The gastropub will feature foods that are usually found in similar establishments, but there will be a twist to each entree that will make the main course stand out from the crowd, McLellan II said. Some featured menu items include barbecue bison meatballs, bacon flight, farmstead cheeseboard, beef on weck and build your own burgers.

“We’re excited to open the doors. Let people come in and try our food,” he said.

Another unique feature to the bar are railroad spikes that have been fashioned into beer tap handles. There will also be live entertainment. McLellan II said comedian Steve Rodgers & Friends will be performing followed by Funktional Flow with Cold Lazarus & The Phryg on Friday, July 19, during the Whirley Bird Music & Arts Festival. On Saturday, July 20, Tropidelic with After Funk will also be performing at the Jamestown Brewing Company as part of the festival.

McLellan II said their staff is ready to serve the people of the greater Jamestown area. He said about 50 people have been hired at the start. He added that it was interesting during the interviewing process to hear people be excited about the new restaurant and bar opening.

“People have been hearing about us for years,” he said.

The total capacity for the Jamestown Brewing Company, located at 119 W. Third St., is 994, with seating for 130 people on the first floor, 168 on the mezzanine and 300 in the banquet room people can rent for private parties.

After opening night, the restaurant will be open for lunch and dinner, with hours being 11 a.m. to 10 p.m. Sunday through Thursday and 11 a.m. to midnight Friday and Saturday.

For more information, visit the Jamestown Brewing Company on Facebook or jamestownbrewery.com.