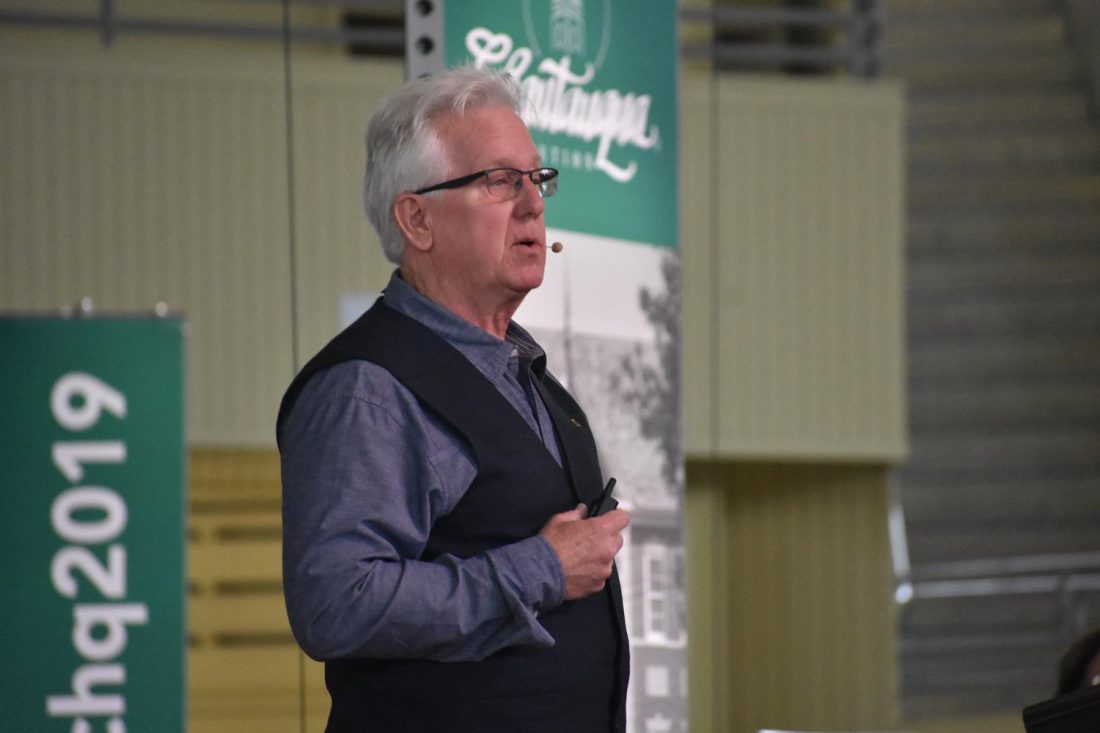 CHAUTAUQUA — Steve Winter has spent much of his life chasing and capturing wild, big cats throughout parts of the world on camera. With his camera, he has helped save many big cats from death and extinction — a service he believes can in turn help save humans.

In his mind, he didn’t choose to travel the world to photograph these wild animals, but rather the “big cats chose me,” he said.

Winter, a National Geographic photojournalist, explained just why he loves what he does to the crowd at Chautauqua.

With more than 20 years of experience traveling to global locations documenting and photographing big cats, Winter brought a glimpse of his catalog to the stage Tuesday. Accompanied by three projector screens, Winter took those gathered through an abridged version of his career’s work where he has captured the likes of the snow leopard, mountain lions, tigers, lions and jaguars. Winter displayed his images he took from different regions around the globe and often played video clips from his documentaries and TV shows.

Winter, before beginning his work with National Geographic in 1991, served as a photojournalist with the Black Star Photo Agency.

With appearances on 60 minutes, CBS Nightly News, NPR and the BBC, Winter has attempted to spread his photo stories around the globe to raise awareness about the dangers facing big cats and other animals due to poaching and trafficking.

While searching for the snow leopard in India in 2007, which he was told cannot be photographed because of its elusiveness, an agreement was made with locals to preserve its existence. Providing vaccines and protected corrals for local farmers’ livestock, Winter and his crew agreed to continue its supply if the snow leopards were left alone.

“We took an economic negative into an economic positive to benefit humans and snow leopards at the same time, which is great,” he said.

Secondary to potentially securing the lives of snow leopards, Winter got his shot. A picture, taken by a camera trap, of a snow leopard in a snow storm earned him the photographer of the year award.

Winter, through his expeditions to other parts of the world, has effected change that has supported animal rights and raised awareness. He said much of the impact he has made comes from the power of his images.

Winter, on stage in front of a Chautauqua audience, said protecting these animals can also benefit humans.

“I think we should save big cats because they’re living beings that have a right to walk the face of the Earth,” Winter said. “But there’s another reason why? When we save animals with these wild ranging habits, we can actually help save us.”

The photojournalist explained that the homes of these big cats are “vital” to humans too. He said rain forests providing 50% of the oxygen humans breathe with the other 50% coming from the oceans. He said grasslands, mountains and rain forests provide 75% of fresh water on the planet.

He explained that if the habitats of jaguars, leopards, tigers and lions can be saved across the world to preserve its wildlife then “we can save ourselves.” Winter’s work can be seen in the National Geographic Magazine and on its website, as well as his own website, stevewinterphoto.com.

While not by choice, wherever Winter is working he’ll likely be saving big cats with a camera.