James Quattrone, Chautauqua County sheriff, has worked with other police agencies during his first year in office to have the Southern Tier Drug Task Force and Jamestown Metro Drug Task Force working together again. P-J photo by Dennis Phillips 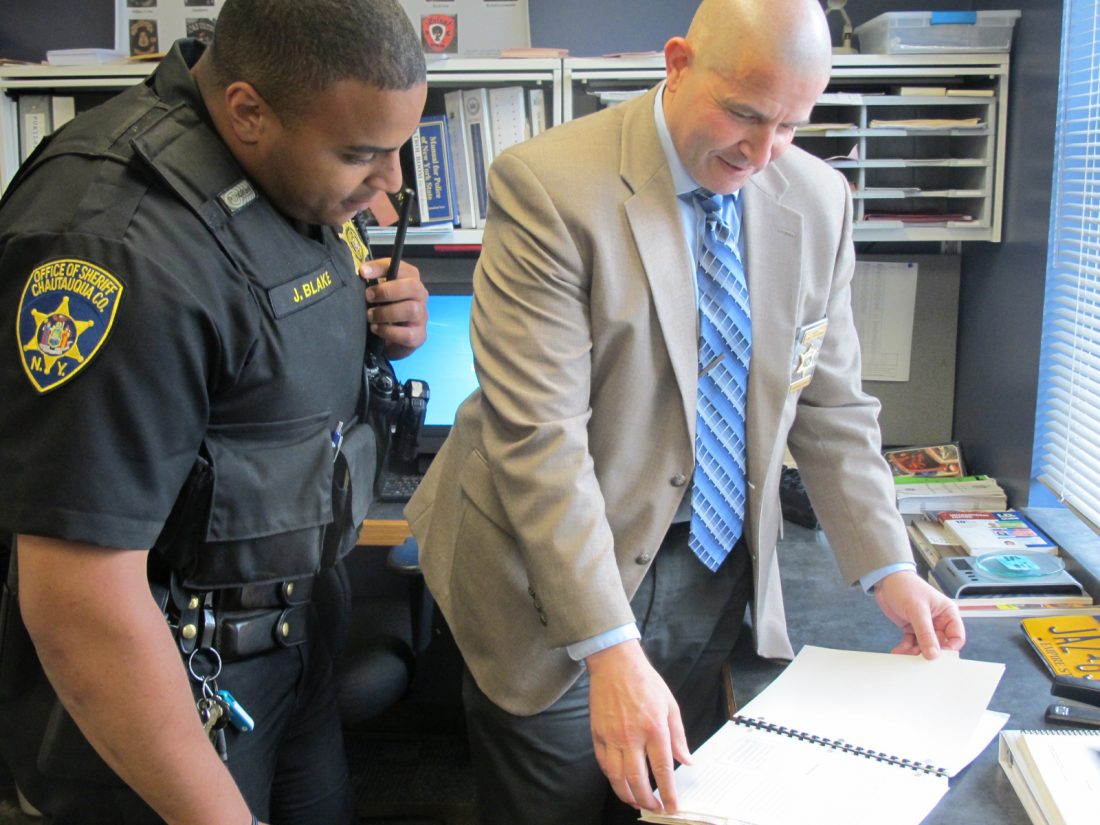 James Quattrone has accomplished the largest goal he set out to fulfill during his first six months in office.

Quattrone, in his first term as Chautauqua County sheriff, said his first and most important goal was to have the Southern Tier Drug Task Force and Jamestown Metro Drug Task Force working together again. He said two Sheriff’s Office narcotics investigators are working in both Jamestown and Dunkirk departments. He also said as part of the task forces, an investigator is working with the DEA in Buffalo while one employee of the Sheriff’s Office supervises all five of the department’s investigators.

“We’re working together, pulling resources,” Quattrone told The Post-Journal in a review of his first six months. “We’re also working with the state police. We had two deputies attend state training earlier this year — it’s nice to have us all working together.”

When Quattrone ran for sheriff last year, in which he eventually defeated longtime incumbent Joseph Gerace Jr., he ran a campaign focused on collaboration between all police departments and related agencies. So far as sheriff, Quattrone said he has attended monthly meetings of the Chautauqua County Chiefs of Police Association, which is also attended by state police leaders.

“We discuss issues going on, concerns,” he said. “I’ve also meet individually with the chiefs. There is great open communication between the chiefs. We’re sharing information.” 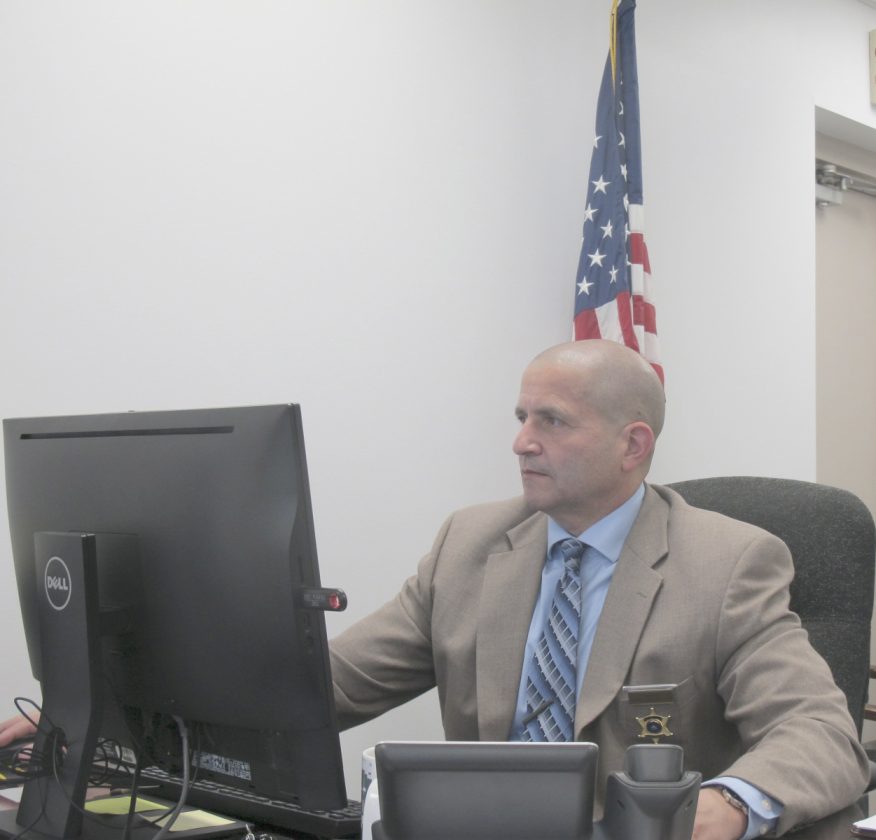 James Quattrone, Chautauqua County sheriff, has worked with other police agencies during his first year in office to have the Southern Tier Drug Task Force and Jamestown Metro Drug Task Force working together again. P-J photo by Dennis Phillips

Quattrone is not only opening the lines of communication for himself, but is also encouraging sheriff’s deputies to go into the community to talk to residents to hear about the issues they’re facing.

“I’m encouraging the deputies that if they get a cup of coffee, don’t go through the drive-through, but go in and greet people,” he said. “I want to encourage them to stop inside a restaurant to get something to eat so they can talk to the residents. It’s a great way to learn about what is happening in the community.”

The new sheriff is also going to volunteer fire departments throughout the county to talk to personnel about what is happening in their communities.

“They hear a lot and we have a good relationship with fire departments and emergency service departments,” Quattrone said. “It’s nice to go to leaders like that to bounce ideas off them. That is what I’m striving for. An open and honest conversation, not just from the police, but all agencies.”

Quattrone said the first six months on the job has been educational, even for someone who spent 30 years on highway patrol for the Sheriff’s Office. He is getting an opportunity to learn about other departments and to know employees in offices he didn’t have the chance to experience during his first tenure on the force.

“I spent 30 years on the highway patrol. I know that aspect. Now I’m learning the aspects of other operations, especially at the jail,” he said. “It’s been a learning experience. Learning the different divisions, the entire workings.”

There is a shortage of correction officers for the jail, which leads to personnel working double shifts, Quattrone said.

“It’s not good for them. It’s not efficient for the county,” he said. “I’m still learning jail activities. It’s a challenging job for the corrections officers. It’s stressful, there is a lot of activity in the jail.”

For more than a decade there has been discussion about consolidation between the Jamestown Police Department and the Sheriff’s Office, with reports being created by state agencies after receiving grants. However, the discussion of a possible consolidation has not been happening the last couple of years.

Quattrone said he would only consider reopening the discussion if city officials approached Sheriff’s Office personnel about restarting talks on the proposal. Quattrone said there is a lot of complexities to consolidating the two departments, which is why not much has happened to make the proposal a reality.