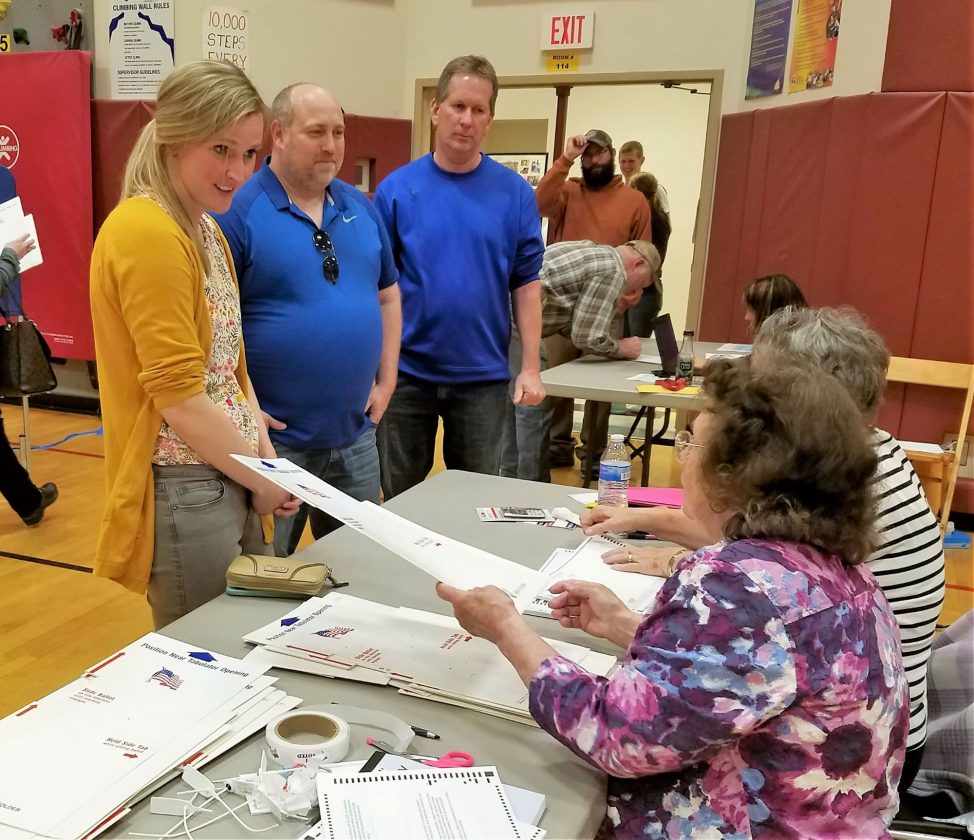 CLYMER — The second time was the charm for the Clymer Central School District’s 2019-20 budget.

“Our students are the big winners,” said Ed Bailey, Clymer superintendent when reached by phone Tuesday shortly after votes were tallied. “Our students are going to have the programming that they deserve. We expect to be able to grow and have options in any direction we want to move forward after this.”

The re-vote met the 60% approval needed by district voters to override the state mandated tax cap.

In May, voters failed to pass a budget that included a 13.29% tax levy increase. A year earlier, in May 2018, the community also voted down a budget that featured a 13% increase.

“I’m very, very happy with the results of the vote,” Bailey said. “The community and the people really came out in a huge way to support our school when we needed it.”

With the almost 9% tax levy increase approved, the district will have “some financial stability” that Bailey has spoken about numerous times in the past. However, the district will still need to cut $185,000 from the previous proposal to balance the budget.

The cut is much lower than it would have been if the budget failed a second time Tuesday. The district would have had to account for $600,000 through cuts and fund balance appropriations if voters would have rejected the spending plan.

Potential budget cuts included eliminating some or all interscholastic sports; eliminating three instructional positions including an art; agriculture and business teacher; eliminating two instructional support positions; restricting field trips among all grade levels; developing a facility fee schedule for non-district use; and reducing half of a maintenance position.

Bailey said the public’s knowledge of what cuts could have been necessary if the vote failed likely helped secure a positive turnout.

“People started to realize how serious this matter is,” he said. “I don’t think people wanted to see students lose programming that has been here for years and years.”

The board previously stated the 9% tax levy increase will help the district maintain programming for the next two years while other options for the district are considered.

Bailey was confident the school will now be able to build a budget for next year that will not exceed the state allowed tax cap.

Merging and using shared services were the most popular options voted on Tuesday, Bailey said.

For a potential merger, the proposition received a vote of 691 to 278 in favor. For utilizing shared services, the community voted 770 to 185 in favor of the option. The redistricting and tuitioning students propositions were received unfavorably — by a vote of 377 to 531 against and 351 to 562 against, respectively.

Bailey said the board now has information to move forward on how the district should proceed.

“We still have to be as frugal as possible with our spending as we continue to try to build stability,” Bailey said.