An excursion on the Chautauqua Belle organized by Travel Lady Tours owned by Krystal Carter out of Lawrenceburg, Tenn., occurred last week with tourist from Alabama and Tennessee. Submitted photo 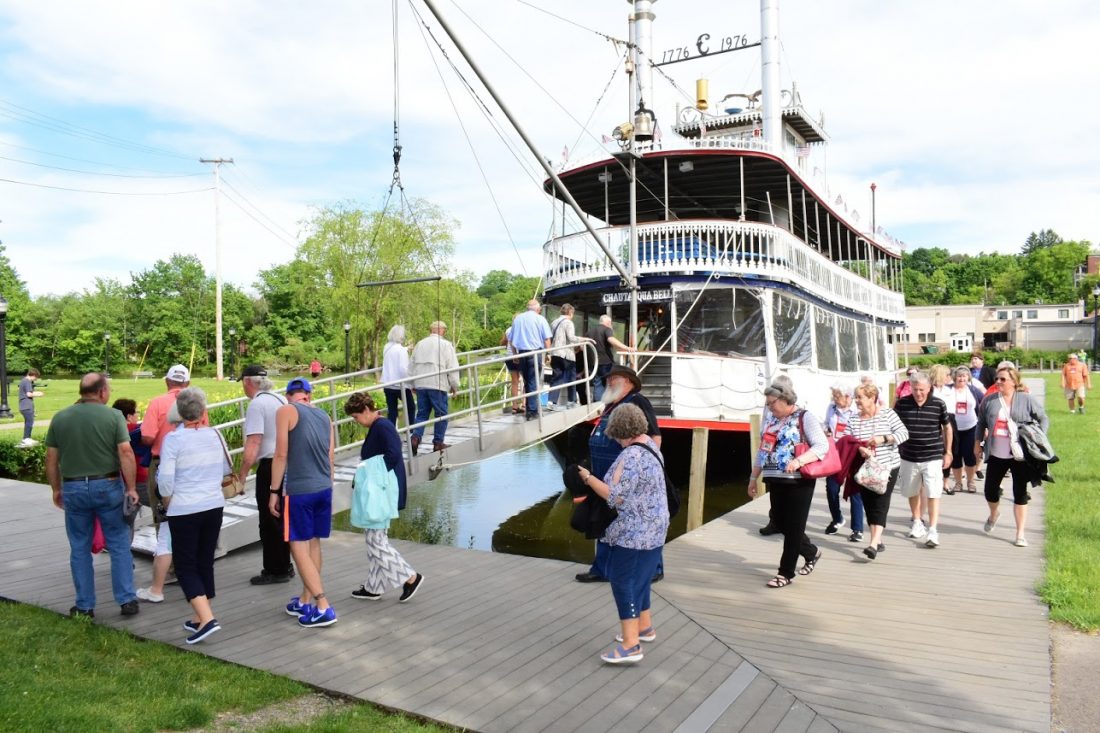 An excursion on the Chautauqua Belle organized by Travel Lady Tours owned by Krystal Carter out of Lawrenceburg, Tenn., occurred last week with tourist from Alabama and Tennessee. Submitted photo

The new spring and fall time location for the Chautauqua Belle at McCrea Point Park is already drawing southern tourists.

Last week, an excursion on the Chautauqua Belle organized by Travel Lady Tours owned by Krystal Carter out of Lawrenceburg, Tenn., occurred with tourists from Alabama and Tennessee.

To welcome the city’s southern guests, Sam Teresi, Jamestown mayor, joined the tour of 60 people on a Broadway dinner music cruise from McCrea Point Park to the Chautauqua Harbor Hotel in Celoron.

“Even more so, it validates the things we’ve been investing in and doing. Whether it’s infrastructure improvements or the Greater Jamestown Riverwalk or improvements made to our park facilities, these types of efforts and investments are starting to pay the dividends we hoped for and planned for.” 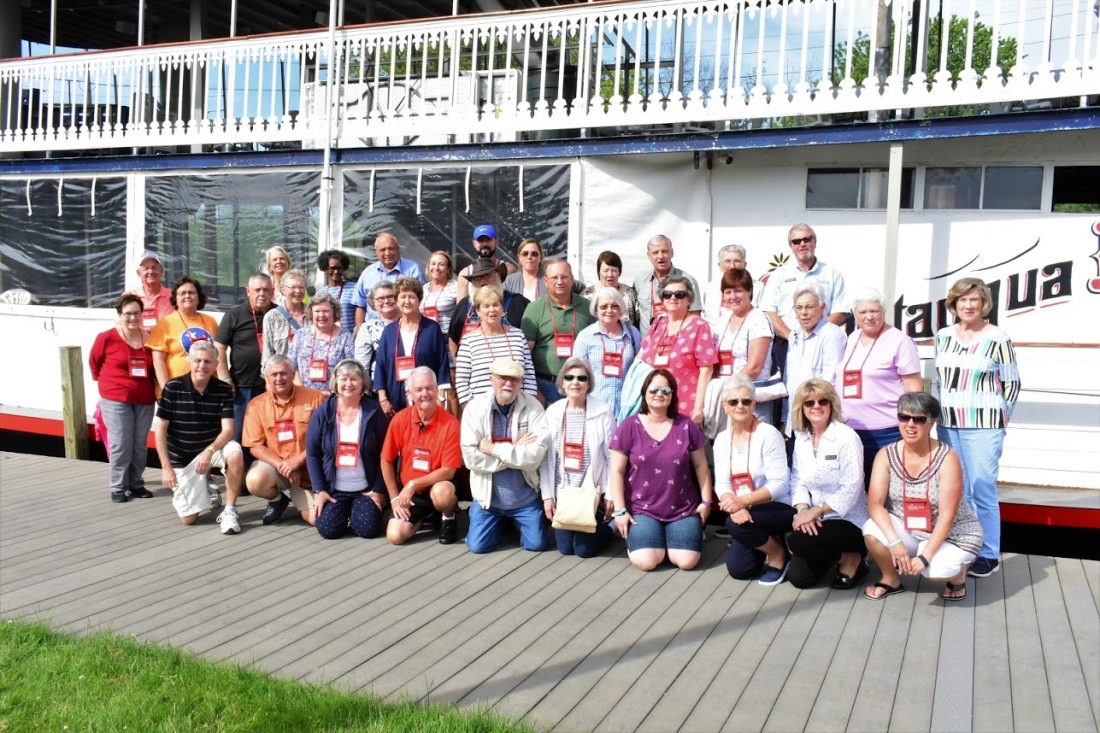 Teresi said with the culmination of all the downtown economic development projects, people from outside of the area are starting to see the value of Jamestown as a tourist destination.

He said this particular tour group didn’t even come to tour the largest new attraction in Jamestown the National Comedy Center, but did tour the Lucille Ball-Desi Arnaz Museum.

“Largely their stop in Jamestown was for the Chautauqua Belle at McCrea Point Park,” he said.

“It was gratifying to see so many happy people having a great time here and they wanted me to understand that the people of Jamestown had been outstanding host and they were so impressed by what they saw. They said to me that Jamestown is a good place to visit and, in their own words they said, ‘This is going to be a great place to come back to.”’

Teresi said he understands the city still has several challenges and problems to deal with and overcome, but that it’s satisfying to witness that recreational and economic developments in the city are proving to draw tourists.

“Paul Stage is one of many to validate to us that when the community invest in itself with our efforts at the park, private investment will respond,” Teresi said. “If we didn’t invest in McCrea Point Park and didn’t dredge down there, U.S. Steam Lines wouldn’t be operating down here. I was told these types of tours early in the season in the southern end of the lake are ideal because of the water depth and the calm nature of the water. This element of (Stage’s) business wouldn’t be happening without using the Chadakoin River and the lower end of the lake.”

Last month, city officials and U.S. Steam Lines Ltd. finalized a five-year lease agreement for the use of McCrea Point Park. During dates in May and June and in September and October, the Chautauqua Belle will make round-trip passenger excursions on the Chadakoin River from the boat landing to the Chautauqua Harbor Hotel. The lease is good between May 1 and Oct. 31 each year for the next five years, with an option for the company to lease the dock for an additional five years. U.S. Steam Lines will pay the city $250 the first year for the use of the dock. The rent will increase $25 per year to a final lease price of $350.